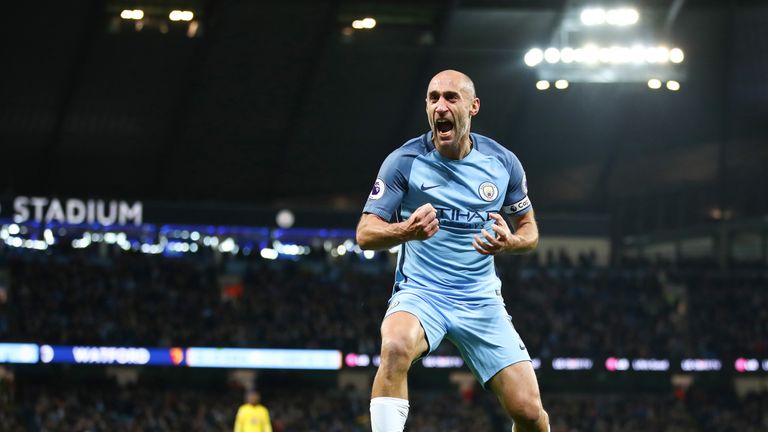 West Ham have agreed a deal to sign Pablo Zabaleta on a free transfer, according to Sky sources.

The defender will leave Manchester City when his current contract expires at the end of next month and officially join the Hammers on July 1.

Zabaleta has agreed a two-year deal at London Stadium and will become Slaven Bilic’s first major signing of the summer.

Sky Sports News HQ revealed in April that West Ham were interested in bringing Zabaleta to the club, with Bilic looking to add “game changers” to his side in order to push for the top-six next season.

The 32-year-old, who has been capped 58 times by Argentina, will compete with Sam Byram for the right-back berth at West Ham.

Zabaleta joined City from Espanyol in 2008 and went on to make over 300 appearances for the club, winning the Premier League on two occasions.