Yukon voters will head to the polls on April 12 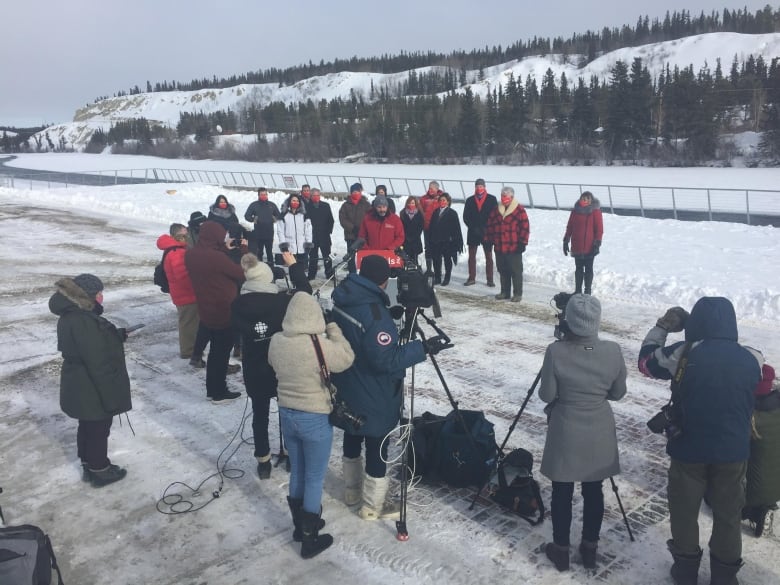 “We are at a crossroads. Now it will be up to voters to decide what path they want to go down,” read a statement from Silver announcing the date of the election.

The election will be Canada’s fifth provincial or territorial election to be held during the pandemic, following New Brunswick, British Columbia, Saskatchewan and Newfoundland and Labrador.

“We have been monitoring the COVID-19 situation, waiting to see if the territory is safe enough to hold an election,” Silver said. “With the strong vaccine uptake, and measures being put in place to prevent the importation of the virus, I believe the time is now.”

The territory currently has zero active cases of COVID-19, and more than 45 per cent of eligible adults have received a first dose of the vaccine.

At dissolution, the Liberals had a majority government with 10 seats in the territory’s 19-seat assembly. The Yukon Party had six seats and the New Democrats two.

There was also one Independent MLA, Don Hutton, who announced Monday he was leaving the Liberal caucus because he says the government hasn’t done enough to combat addictions in his riding of Mayo-Tatchun.

Hutton had previously announced he didn’t plan to run again, but this week he said he’ll support the NDP.

The Liberals took power in November 2016, ending 14 years of Yukon Party rule. In the wake of that campaign, former Yukon Party Premier Darrell Pasloski stepped down as leader.

The NDP also has a new leader since the 2016 vote. The party selecte Takhini-Kopper King MLA Kate White as its new leader in May 2019, replacing Whitehorse Centre MLA Liz Hanson. The pair were the only two New Democrats to keep their seats in 2016.

The Yukon Green Party ran five candidates in 2016, capturing under one per cent of the popular vote. The Greens have yet to announce any candidates for 2021.

Speaking to reporters Friday afternoon, Silver began by listing a litany of complaints about the state of the territory in 2016, when his Liberals ousted the Yukon Party.

“When this Liberal team took over governing in 2016, we were met with some deep, dark issues that we did not expect,” he said, “the kind governments would rather not tackle, the kind that takes money to fix.”

By contrast, Silver said, his government had invested heavily in public services and infrastructure, engaged with Indigenous governments and developed a strategy to tackle climate change.

“We have accomplished so much, and we’ve come so far, and we have so much more to do,” he said. “We believe that our record is strong, and with four more years we can continue to build on these accomplishments.”

Responding to the election call in a statement Friday, Yukon Party Leader Currie Dixon said the Liberals “called a sudden election to focus their attention on their own political interests.”

“By dissolving the Legislature today with an election call, the Liberals have created uncertainty and confusion for Yukoners, when what is needed now more than ever is strong leadership and clarity,” the statement reads.

Speaking to reporters Friday, Dixon said he was “a little caught off-guard by the timing.”

Dixon pointed to the ongoing vaccine rollout, and the lack of an approved 2021 budget, as reasons why he thinks it “would’ve been wiser to wait.”

“It seems like an odd time to be calling an election,” he said. “That said, the Liberals have obviously judged that this is in the best interests of the Liberal Party, and not Yukoners in general.”

‘The men in suits have had their turn’

Like Silver, NDP Leader Kate White began her campaign announcement by slamming the Yukon Party saying they had “let us down in the past.” But she quickly turned her fire on the Liberals.

“The Liberals promised change, but they haven’t delivered,” she said. “And when I ask my friends and neighbours and people around the territory if their lives have changed since the last election, the answer is almost always no.”

White positioned herself as a change candidate, advancing a platform to lower costs of living, improve mental health services and tackle the opioid crisis with safe consumption sites. She put special emphasis on rising housing costs in Whitehorse, saying the city is “starting to feel like Vancouver.”

“Some people will … say that I don’t dress like a political leader, that I don’t look like a premier,” she said. “And I think what they’re really saying is that people who look like me shouldn’t be allowed to make decisions.”

“But I know I’m not alone, because I look like you,” she said. “The men in suits have had their turn governing the Yukon.”

A Leger poll of 600 voters in February, commissioned by an undisclosed political party and obtained by the Whitehorse Star, showed the Yukon Liberals, NDP and Yukon Party effectively tied.

The 2016 election saw a number of close-fought races, with a dozen ridings coming down to 50 votes or fewer. This time, margins may be wider as the electorate has swelled by nearly 20 per cent, according to Max Harvey, Yukon’s chief electoral officer.

Silver needed to call an election before Nov. 18, as under the Canadian Charter of Rights and Freedoms, no legislature can sit for more than five years without an election. The timing makes this vote the first spring election in Yukon in 20 years.

The next government will have a shorter term, though — under a fixed-date Elections Act passed last year, Yukon’s governments will sit for a maximum of four years.

Miss the press conference? Watch it in full below: