Yukon father opens up about losing daughter to opioid overdose 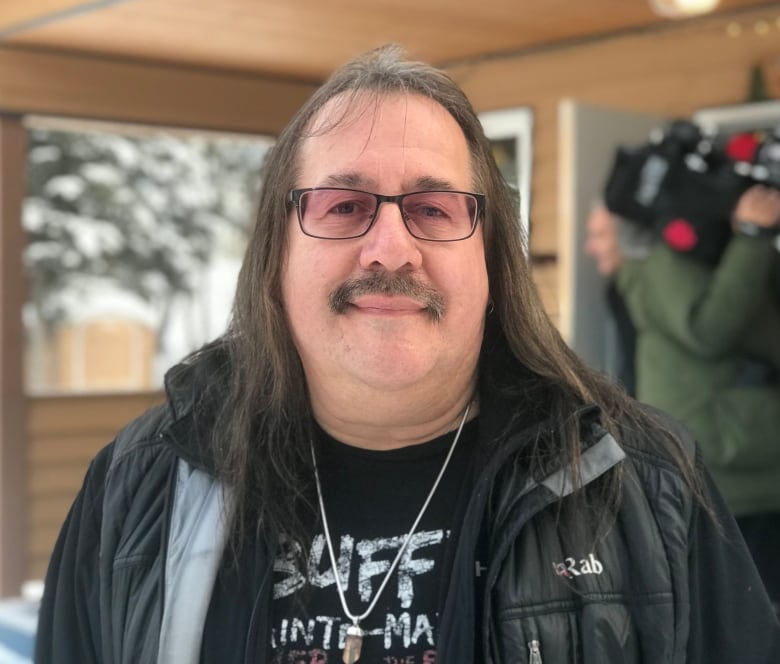 Gary Bailie knew his daughter Stacity struggled with alcohol addiction, and he also knew she had lost some friends to opioid overdoses. He often worried about her and would sometimes try to talk to her about risks she was taking.

The last time he saw Stacity was on the night of Oct. 22, when he gave her a lift to go meet some friends in Whitehorse. She said goodbye and hopped out of the vehicle.

“A few hours later, she was gone,” Gary recalled.

Stacity Bailie died that night of a fentanyl overdose, a month shy of her 28th birthday.

“I never gave up on her, right to the end. That’s why it was such a hard blow to me,” Gary said.

“She just really got caught up in it all. And then it’s like, accidents happen.”

Gary is well-known throughout Yukon for his work as founder and organizer of the annual Blue Feather Music Festival, and also his work with the Kwanlin Coyotes, a ski program for youth. In 2018, he was given a Governor General’s Meritorious Service award for his work on the festival.

He’s typically a loqacious person with a positive spirit and an evangelical belief in healthy living. Talking about Stacity, though, he’ll sometimes fall silent for a few moments. His grief is still raw and he’s still coming to grips with what happened.

But he wants to talk.

“If I can utilize my daughter’s life as a catalyst for some positive change, then I’m going to. So I’m just stepping up,” Gary said.

“Behind every one of these numbers is a beautiful human being, you know, that really needed help and maybe didn’t know where to go for it.”

Last month, Yukon chief coroner reported that Yukon now has the highest rate of deaths due to opioids in the country, at 48.4 deaths per 100,000 people. Between Jan. 1 and Nov. 26 this year, there were 21 opioid-related deaths in Yukon.

Coroner Heather Jones called it “shocking,” and said the territory was on a “frightening trajectory.”

All of the overdose deaths this year in Yukon involved opioids in various formats of fentanyl, and many also involved cocaine. Alcohol and benzodiazepines, known as benzos, also contributed to some of the deaths.

Gary is a member of the Kwanlin Dün First Nation in Whitehorse and Stacity was too.

Kwanlin Dün Chief Doris Bill has called the territory’s opioid problem not a crisis, but rather “a full-blown emergency” at this point. She said the situation has been made worse due to COVID-19, which has limited gatherings to support the families who have lost loved ones.

Yukon’s coroner has not released statistics about how many of Yukon’s opioid deaths have involved Indigenous people, but data from the First Nations Health Authority in British Columbia shows that Indigenous people there are five times more likely to experience an overdose and three times more likely to die than other residents. The gap has been further compounded by the COVID-19 pandemic, the authority said.

Gary says his family has long grappled with intergenerational trauma. Stacity was six years old when she lost her mother to suicide.

Stacity’s struggles with alcohol go back about a decade, but became more serious about six years ago after her own daughter was born, according to Gary. Stacity was waiting to enter a treatment program for substance use before she died.

Gary learned to live with anxiety every day and checked in on Stacity often.

toward the end of Stacity’s life, he would get a call from her “it seemed like every couple of weeks,” to talk about another friend she’d lost to overdose or suicide.

“I always knew it was possible for that to happen to my girl, and I prayed every day for her,” he said.

“Every time I heard a siren I just would flinch, and I would just go check on her regularly, and that’s how my life was.”

In a strange way, Stacity’s death offered some relief from the anxiety that was taking a toll on Gary. But the anxiety has now been replaced by a crippling grief and a profound sense of loss.

It’s all taken “the wind out of my sails,” he said.

But he’s hopeful that he can help others by speaking out. He wants people to recognize addictions as an illness. He wants to see more outreach work and resources available for people who are struggling.

And he wants people to know that behind the troubling statistics, there are real people who had lives and promise, and friends and families who are now grieving and trying to make sense of their loss.

“Compassion is in order, just being less judgmental, and talking more about it. And looking out for people,” Gary said.

“Look out for one another. That’s my wish, that’s what I’m hoping for. That’s what I want for Christmas.”