”Your crash course on opposition politics will be full of advanced syllabus on lies, falsehood, deception, and propaganda” PDP fires back at Lai Mohammed 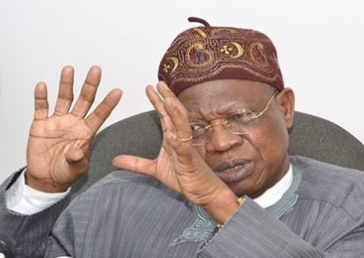 ”Your crash course on opposition politics will be full of advanced syllabus on lies, falsehood, deception, and propaganda” PDP fires back at Lai Mohammed

The Peoples Democratic Party (PDP) has told the Minister of Information and Culture, Alhaji Lai Mohammed that it does not need his so-called crash course on opposition politics as such will be full of advanced syllabus on lies, falsehood, deception, and propaganda, which are patent trademarks of the APC and its controlled Federal Government.

Recall that Lai Mohammed had in a statement released yesterday, asked the party to come for a crash course on how to be an opposition party. His statement was in reaction to PDP’s allegation that the abduction of the Dapchi school girls was staged by the APC government.

PDP National Publicity Secretary, Kola Ologbondiyan, in a statement on Thursday, said the Federal Government should rather hide its face in shame, having been busted in its numerous lies in governance, the latest being its complicity in the abduction and return of the Dapchi School girls.

We hope Alhaji Lai Mohammed, the APC as well as the Federal Government are following the reactions and comments of Nigerians on this latest ruse and noting how their party and government are being mocked.

Your APC and government have become frustrated because you can no longer hoodwink Nigerians as you did in the past. The PDP will therefore overlook your intemperate reactions as signs of these times.

However, Alhaji Lai Mohammed need not be in a hurry to defend his dishonest and dysfunctional government as he would soon have more than enough to chew.

This administration will at the appropriate time provide answer to allegations that while the nation sorrow, agents of the APC are busy in financial rackets and criminal round tripping of ransoms, in foreign currencies, to service APC interests.

The minister should be ready to explain, at the appropriate time, those behind the transactions, who got what and under what agreements, as well as the truth behind allegations of clandestine deals with insurgents.

Our promise to the APC, the Federal Government and of course, Alhaji Lai Mohammed, is that the PDP will never condescend to lies, deception and propaganda as we do not have any need for that.

The PDP will, as always, remain on the side of the truth as Nigerians, across board, work together on our repositioned platform to rescue our nation from the misrule of this deceptive, dysfunctional and incompetent APC, come 2019.