World of Dance Finale: Who Took Home the Top Prize? 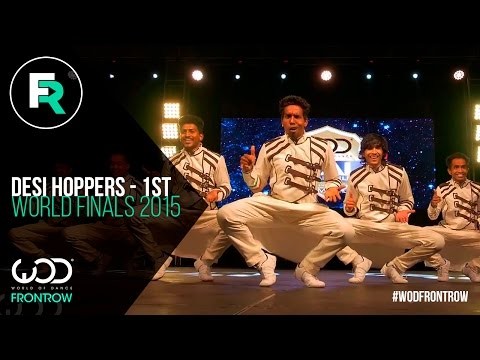 World of Dance has crowned its first winner!

After nine weeks of amazing dancing and heartbreaking eliminations, the three divisional finalists took the stage one last time to impress judges Jennifer Lopez, Ne-Yo and Derek Hough and prove to America that they’re the most deserving of the million dollar grand prize. With the finalists’ wildly varied styles, the judges had their work cut out for them as they scored Junior Division finalist Eva Igo‘s mature-beyond-her-years contemporary routines, Upper Division finalists Les Twins‘ out-of-this-world hip-hop performances, and Team Division finalists Swing Latino‘s exuberant salsa dances.

While each were more than deserving of the win, there could only be one winner and Les Twins came out on top!

“We made it,” the duo said after being crowned the winner and taking home the $1 million prize. “This competition was hard from the beginning. Thank you [runner up Eva Igo] for going hard on us.”

“The way you were moving, it was so powerful” Lopez gushed about the winner after their final dance of the season. “You did Les Twins.”

While it may be time to say goodbye to World of Dance for the summer, a second season will be here before you know it. NBC renewed the series back in June, hailing it as the most-watched summer alternative series debut on cable or broadcast in nine years. “I am so proud to not only star, but produce a show that is so close to my heart,'” Lopez said at the time. “I am so happy that World of Dance has resonated with audiences and we are able to put dancers on the pedestal they deserve. I cannot wait to continue this journey and my partnership with NBC.”

Did the right dancer win? Or was your favorite robbed? Sound off in the comments below!