Wondering when Canadians can start travelling again? Here’s what you need to know 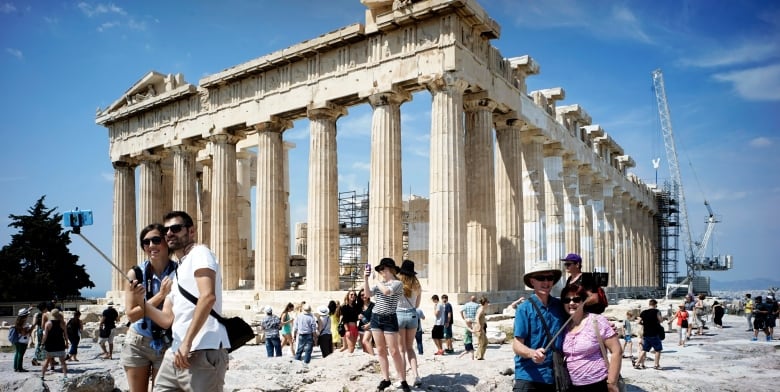 For many Canadians, their most exciting adventure over the past couple of months has been a weekly trip to the grocery store.

But now that provinces are easing COVID-19 restrictions, some people may be contemplating travel abroad.

Here’s what you need to know about travelling outside Canada while COVID-19 still lingers in our lives.

Can I travel now?

Yes, but with a lot of conditions to consider.

On March 13, the federal government issued an advisory against all non-essential international travel, to help stop the spread of the novel coronavirus that causes COVID-19. The advisory remains in effect until further notice.

Despite the advisory, Canadians can still travel abroad. However, travellers may struggle to find flights and their travel insurance likely won’t cover their medical bills if they fall ill with COVID-19. They’ll also have to self-isolate for 14 days upon their return.

The Canada-U.S. border remains closed to tourists on both sides of the border until June 21. And that date could be extended if the number of COVID-19 cases in the U.S. — now totalling more than 1.6 million — remains a concern.

Where can I go?

Due to closed borders and a fear of flying during the pandemic, airlines have slashed their routes.

WestJet has grounded all transborder and international routes until June 25. Air Transat and Sunwing have stopped flying altogether until June 30 and June 25, respectively.

Air Canada is currently flying at about five per cent of its capacity. On Friday, the airline announced an updated summer schedule that offers flights to 97 destinations including Rome, Athens and locations in the Caribbean.

But she warns it could take up to two years for carriers to resume normal operations.

“The airlines aren’t going to come back and go to 100 per cent,” she said. “There’s sort of a general agreement that international travel will start to come back around 20 per cent by the fall — like September — and then it’ll grow from there.”

As for possible travel destinations, Iceland, Mexico andsome Caribbean countries such as Aruba and St. Lucia plan to start welcoming back tourists in June. Greece plans to reopen in July.

But travellers may face stiff entry requirements. For example, St. Lucia and Iceland will require that visitors get a COVID-19 test before flying and provide proof upon arrival that they’re virus-free. If travellers to Iceland can’t get a test beforehand, the country plans to test them when they arrive.

Airline analyst and McGill University Prof. Karl Moore is set to fly to Iceland in August to teach for a couple of days at Reykjavík University.

But if he can’t get tested in Canada beforehand, Moore is unsure he’ll take the trip. That’s because, if he tests positive for COVID-19 upon arrival, he’ll have to foot the bill for a 14-day quarantine in a Reykjavik hotel. Travellers suffering from COVID-19 can’t fly back to Canada until they recover.

“It’s going to cost me thousands of dollars to be quarantined,” said Moore. “I love Reykjavik, but I may end up teaching [instead] on Zoom.”

What about travel insurance?

Insurance broker Martin Firestone believes that when Canada lifts its advisory against international travel, travel insurance providers may continue to exclude coverage for COVID-19-related illnesses — until there’s a vaccine.

“A person who ends up on a ventilator in the U.S., it could be hundreds of thousands of dollars, so [insurance providers] are in no position to take that risk,” said Firestone, president of Travel Secure in Toronto.

He said if travel insurance continues to exclude COVID-19 illnesses, many Canadians will refuse to travel, including his snowbird clients.

“I’m worried that the entire snowbird season, upcoming, could be put on ice … until such a time that there is a cure or a vaccine.”

CBC News reached out to several major insurance travel providers to find out if they would resume covering COVID-19-related issues when Canada lifts its travel advisory. They said they couldn’t make a definitive statement at this time.

In Canada, the federal government has mandated that all air passengers wear face masks on planes, and in airports when social distancing isn’t possible.

Airlines are promising a long list of safety measures to protect passengers from catching COVID-19. Air Canada has implemented temperature checks, frequent cabin cleanings, and says strangers won’t have to sit side by side in economy class — which means the dreaded middle seat will remain empty.

Several airlines have pledged not to sell the middle seat on planes, as a protective measure. However, this plan may not last.

This month, the International Air Transport Association declared that, while it supports protective measures on planes, it opposes blocking the middle seat.

The association argues that the risk of virus transmission on board is low and axing middle seat sales will kill airline profits — unless ticket prices go up.

It’s important to note that, even if travel restrictions are lifted and airlines add more flights, any vacation plans could quickly fizzle if we’re hit with a severe second wave of COVID-19 in the fall.