Women’s World Cup 2019: What to look out for as the last-16 stage gets under way 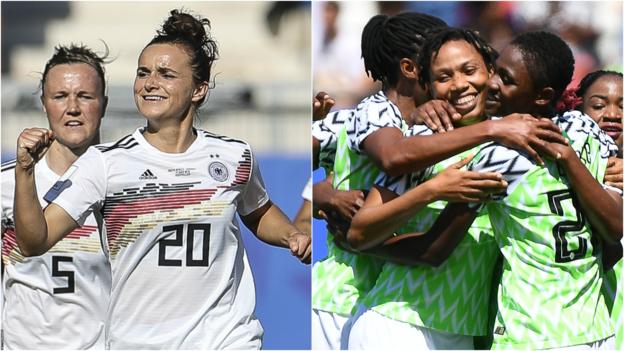 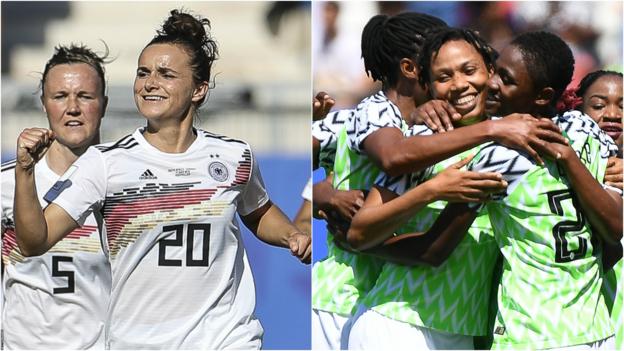 Germany’s midfield star Dzsenifer Marozsan could return as a substitute for their last-16 Women’s World Cup tie against Nigeria.

Marozsan, who won a fourth straight Champions League title with Lyon in May, broke her toe in Germany’s opening Group B win over China.

“We have to see how the foot reacts,” head coach Martina Voss-Tecklenburg said.

“We are keeping our options open, but she will surely not be starting.”

Meanwhile, forward Alexandra Popp is in line to make her 100th appearance for Die Nationalelf. The 28-year-old Wolfsburg player made her debut for her country in 2010.

Nigeria head back to Grenoble after securing their only Group A win against South Korea at the Stade des Alpes, which enabled them to progress as one of the best third-placed teams.

However, the Super Falcons last victory over a European side at the finals arrived in 1999, against Denmark, and they are facing a fancied German side who are yet to concede in the tournament.

“Germany is definitely one of the strongest teams, they have a lot of good players and they are extremely organised,” said Thomas Dennerby, Nigeria’s head coach.

“Maybe we can have a chance if we defend well to handle the forwards they have today and sooner or later we will get our chance.

“If we score, they may get nervous and we will have a chance.”

Two-time champions Germany face Nigeria as the first match in the last-16 stage gets under way on Saturday at the Stade des Alpes in Grenoble (16:30 BST).

BBC Sport will have live coverage of every World Cup match across TV, radio, the Red Button and online from the group stages all the way through to the final.

While coverage of Germany v Nigeria will be available live on the Red Button.

In the absence of Marozsan, Sara Dabritz has taken centre stage for Germany, weighing in with goals, and being named as the player of the match in the victories over Spain and South Africa.

The former Bayern Munich midfielder was in the German squad that claimed gold at the 2016 Rio Olympics and she could yet prove to be a pivotal player in the knockout stages.

Nigeria’s hopes appear to rest firmly on the shoulders of Barcelona forward Asisat Oshoala, who scored in the Champions League final in May.

Noted for her pace and power, the former Liverpool and Arsenal player proved a handful for the French defence, and showcased her talent by scoring in the 2-0 win over South Korea, helping the Super Falcons to progress.