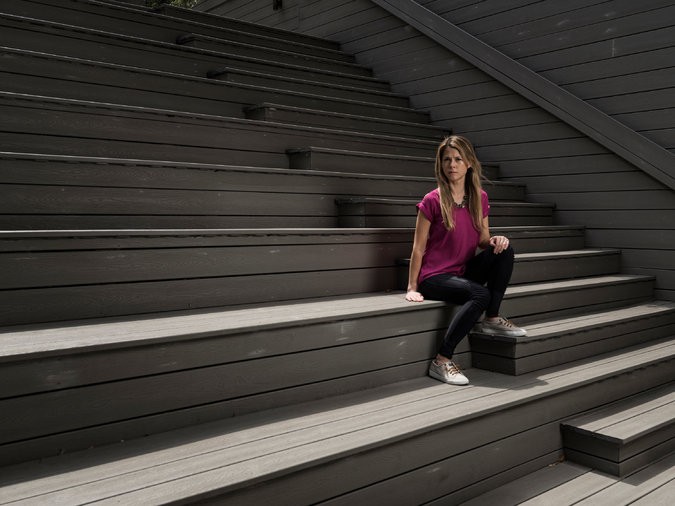 The tech industry has long suffered a gender imbalance, with companies such as Google and Facebook acknowledging how few women were in their ranks. Some female engineers have started to speak out on the issue, including a former Uber engineer who detailed a pattern of sexual harassment at the company, setting off internal investigations that spurred the resignation in June of Uber’s chief executive, Travis Kalanick.

Most recently, the revelations about Mr. Caldbeck of Binary Capital have triggered an outcry. The investor has been accused of sexually harassing entrepreneurs while he worked at three different venture firms in the past seven years, often in meetings in which the women were presenting their companies to him.

Several of Silicon Valley’s top venture capitalists and technologists, including Reid Hoffman, a founder of LinkedIn, condemned Mr. Caldbeck’s behavior last week and called for investors to sign a “decency pledge.” Binary has since collapsed, with Mr. Caldbeck leaving the firm and investors pulling money out of its funds.

The chain of events has emboldened more women to talk publicly about the treatment they said they had endured from tech investors.

“Female entrepreneurs are a critical part of the fabric of Silicon Valley,” said Katrina Lake, founder and chief executive of the online clothing start-up Stitch Fix, who was one of the women targeted by Mr. Caldbeck. “It’s important to expose the type of behavior that’s been reported in the last few weeks, so the community can recognize and address these problems.”

The women’s experiences help explain why the venture capital and start-up ecosystem — which underpins the tech industry and has spawned companies such as Google, Facebook and Amazon — has been so lopsided in terms of gender.

Most venture capitalists and entrepreneurs are men, with female entrepreneurs receiving $1.5 billion in funding last year versus $58.2 billion for men, according to the data firm PitchBook. Many of the investors hold outsize power, since entrepreneurs need their money to turn ideas and innovations into a business. And because the venture industry operates with few disclosure requirements, people have kept silent about investors who cross the lines with entrepreneurs. 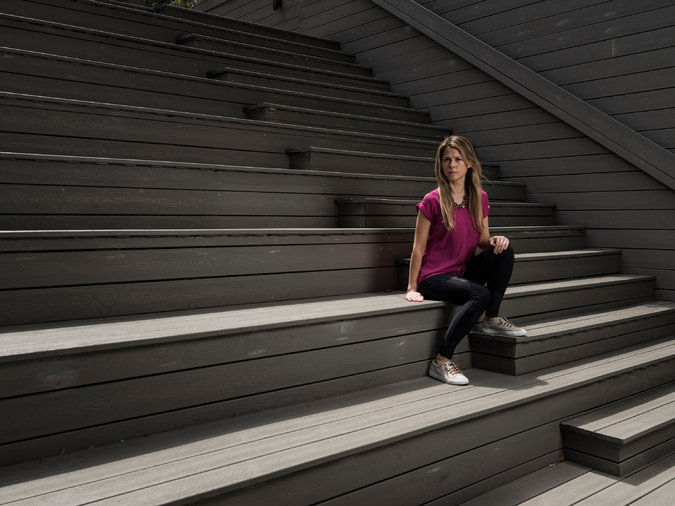 Gesche Haas, an entrepreneur who said she was propositioned for sex by an investor. He later apologized. Credit Sasha Maslov for The New York Times

Some venture capitalists’ abuse of power has come to light in recent years. In 2015, Ellen Pao took her former employer, the prestigious venture firm Kleiner Perkins Caufield & Byers, to trial for allegations of gender discrimination, leveling accusations of professional retaliation after spurned sexual advances. Ms. Pao lost the case, but it sparked a debate about whether women in tech should publicly call out unequal treatment.

“Having had several women come out earlier, including Ellen Pao and me, most likely paved the way and primed the industry that these things indeed happen,” said Gesche Haas, an entrepreneur who said she was propositioned for sex by an investor, Pavel Curda, in 2014. Mr. Curda has since apologized.

Some of the entrepreneurs who spoke with The Times said they were often touched without permission by investors or advisers.

At a mostly male tech gathering in Las Vegas in 2009, Susan Wu, an entrepreneur and investor, said that Mr. Sacca, an investor and former Google executive, touched her face without her consent in a way that made her uncomfortable. Ms. Wu said she was also propositioned by Mr. Caldbeck while fund-raising in 2010 and worked hard to avoid him later when they crossed paths.

“There is such a massive imbalance of power that women in the industry often end up in distressing situations,” Ms. Wu said.

After being contacted by The Times, Mr. Sacca wrote in a blog post on Thursday: “I now understand I personally contributed to the problem. I am sorry.” In a statement to The Times, he added that he was “grateful to Susan and the other brave women sharing their stories. I’m confident the result of their courage will be long-overdue, lasting change.”

After the publication of this article, Mr. Sacca contacted The Times again to amend his original statement, adding: “I dispute Susan’s account from 2009.”

Many of the women also said they believed they had limited ability to push back against inappropriate behavior, often because they needed funding, a job or other help.

In 2014, Sarah Kunst, 31, an entrepreneur, said she discussed a potential job at 500 Startups, a start-up incubator in San Francisco. During the recruiting process, Mr. McClure, a founder of 500 Startups and an investor, sent her a Facebook message that read in part, “I was getting confused figuring out whether to hire you or hit on you.”

Ms. Kunst, who now runs a fitness start-up, said she declined Mr. McClure’s advance. When she later discussed the message with one of Mr. McClure’s colleagues, she said 500 Startups ended its conversations with her.

500 Startups said Mr. McClure, who did not respond to a request for comment, was no longer in charge of day-to-day operations after an internal investigation.

“After being made aware of instances of Dave having inappropriate behavior with women in the tech community, we have been making changes internally,” 500 Startups said. “He recognizes he has made mistakes and has been going through counseling to work on addressing changes in his previous unacceptable behavior.” 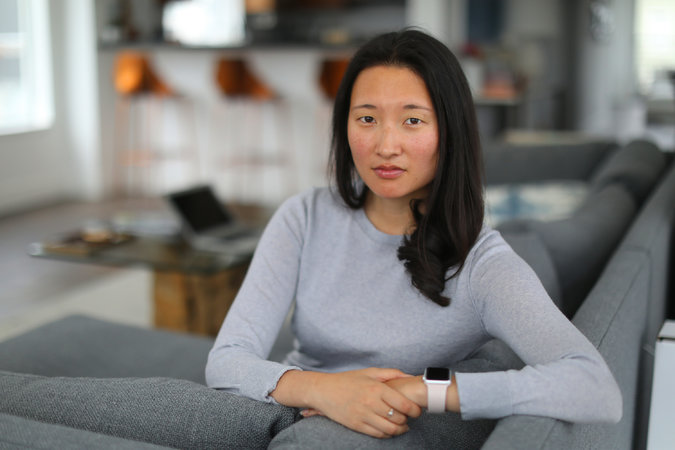 Lindsay Meyer in her home in San Francisco. She said a venture capitalist groped and kissed her. “I felt like I had to tolerate it because this is the cost of being a nonwhite female founder,” she said. Credit Jim Wilson/The New York Times

Rachel Renock, the chief executive of Wethos, described a similar situation in which she faced sexist comments while seeking financing for her online community site. While she and her female partners were fund-raising in March, one investor told them that they should marry for money, that he liked it when women fought back because he would always win, and that they needed more attractive photos of themselves in their presentation.

They put up with the comments, Ms. Renock said, because they “couldn’t imagine a world in which that $500,000 wasn’t on the table anymore.” Ms. Renock declined to name the investor. Wethos raised the $500,000 from someone else and is still fund-raising.

Wendy Dent, 43, whose company Cinemmerse makes an app for smart watches, said she was sent increasingly flirtatious messages by a start-up adviser, Marc Canter, as she was trying to start her company in 2014. Mr. Canter, who had founded a software company in the 1980s that became known as Macromedia, initially agreed to help her find a co-founder. But over time, his messages became sexual in nature.

In one message, reviewed by The Times, he wrote that she was a “sorceress casting a spell.” In another, he commented on how she looked in a blue dress and added, “Know what I’m thinking? Why am I sending you this — in private?”

Mr. Canter, in an interview, said that Ms. Dent “came on strong to me, asking for help” and that she had used her sexuality publicly. He said he disliked her ideas so he behaved the way he did to make her go away.

Some entrepreneurs were asked to not speak about the behavior they experienced.

At a start-up competition in 2014 in San Francisco, Lisa Curtis, an entrepreneur, pitched her food start-up, Kuli Kuli, and was told her idea had won the most plaudits from the audience, opening the door to possible investment. As she stepped off the stage, an investor named Jose De Dios, said, “Of course you won. You’re a total babe.”

Ms. Curtis later posted on Facebook about the exchange and got a call from a different investor. He said “that if I didn’t take down the post, no one in Silicon Valley would give me money again,” she said. Ms. Curtis deleted the post.

In a statement, Mr. De Dios said he “unequivocally did not make a defamatory remark.”

Often, change happens only when there is a public revelation, some of the women said. In the case of Mr. Caldbeck and Binary, the investor and the firm have apologized, as has Mr. Caldbeck’s previous employer, the venture capital firm Lightspeed Venture Partners, which had received complaints about him.

“We regret we did not take stronger action,” Lightspeed said on Twitter on Tuesday. “It is clear now that we should have done more.”

Lindsay Meyer, an entrepreneur in San Francisco, said Mr. Caldbeck put $25,000 of his own money into her fitness start-up in 2015. That gave Mr. Caldbeck reason to constantly text her; in those messages, reviewed by The Times, he asked if she was attracted to him and why she would rather be with her boyfriend than him. At times, he groped and kissed her, she said.

“I felt like I had to tolerate it because this is the cost of being a nonwhite female founder,” said Ms. Meyer, who is Asian-American.

But even after she reached out to a mentor, who alerted one of Binary’s investors, Legacy Venture, to Mr. Caldbeck’s actions, little changed. Legacy went on to invest in Binary’s new fund. Binary and Mr. Caldbeck declined to comment.

“We failed to follow up on information about Mr. Caldbeck’s personal behavior,” Legacy said in a statement. “We regret this oversight and are determined to do better.”