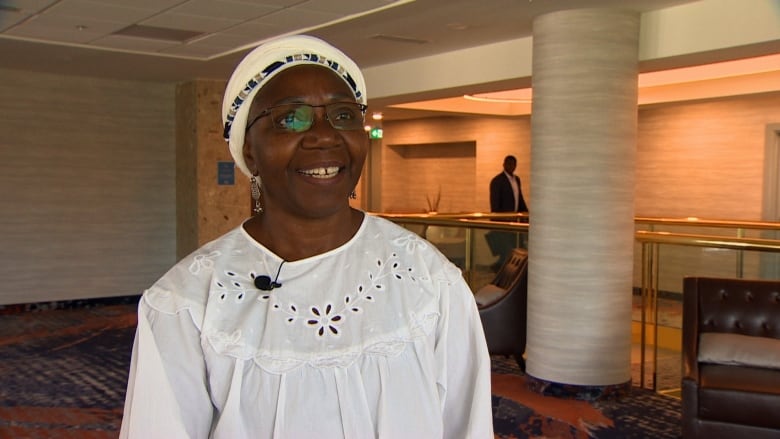 Helena Zefanias has been teaching women and families about empowerment and leadership in her home country of Mozambique for 40 years. But during her time in Canada, she is a student, hoping to gain knowledge from other women and bring it home.

Zefanias is part of the Global Change Leaders program, a seven-week course conducted through St. Francis Xavier’s Coady International Institute in Antigonish, N.S. It brings 18 female leaders from developing countries together to study and reflect on justice, feminism, and leadership.

Zefanias said she applied for the program to gain new skills, because though she is an activist, facilitator, and trainer, she doesn’t have much written material to pass on.

“So to hand over to the next generation of activists or feminists that are coming, I decided that I want to write more, I want to document what we are doing,” she said. “And I realized that I didn’t have that skill. So when I knew about this course I thought, this is going to give me that framework that I need.”

The program, now in its sixth week, is the first international cohort brought to Nova Scotia by the Coady International Institute since the pandemic.

Sarika Sinha, the program facilitator, said it’s significant that the first program is for female leaders.

“Across the globe, it’s the women who cook and who earn, but they are mostly not recognized,” Sinha said. “So it’s far more meaningful that after COVID, this is the first course that we’re having on on campus.

“And there is a general feeling of extreme enthusiasm and welcome, you know, not just in [the Coady Institute], but also in Antigonish.”

Sinha said a committee had to choose from 3,000 applicants from around the world.

“Our aim is to see that these women should be very, very deeply involved with community work.”

Fighting for equality back home

Most of Zefanias’s work surrounds family farms and ensuring women get their share of the income brought in by their farm. She says this involves engaging the whole family and changing how they think about female labour.

“There is not much paid work in the rural areas in my country, so every individual household will have their own little farm,” Zefanias said. “And it’s the amount of work women do together, of course, with their husbands, if there is one around. But at the end of the day, the control into the decision making about what to do with their income, it’s usually left for the men.”

She said women also do most of the daily household labour and childcare, but she didn’t realize women were treated differently until she was 24 years old, separated from her husband, with two children.

“Then I started learning what it means to be a woman,” Zefanias said. “I was faced with a lot of inequalities, discrimination, you name it. And I was saying, ‘How come?’ And then I realized I have to do something.”

Myriam Vololonarivo, another participant, came from Madagascar for the program. She started a non-profit organization that promotes sustainable development while helping women and youth prepare for and recover from natural disasters.

Vololonarivo said the program has helped her learn about her own work and what drives her to create change.

“I didn’t know that I was a feminist until now,” she said. “So for this program, during these two months, I learned that feminism is fighting for equal justice and social justice and equality for everyone … the program helped me open my eyes about about inequality all around the world.”

Zefanias agreed, and said it feels “wonderful” to be in a room with women from around the world.

“I feel empowered with the whole process … And on top of that, I feel very responsible that I should not just keep this knowledge that I have acquired, just for me, it’s for me to take it back to my community.”