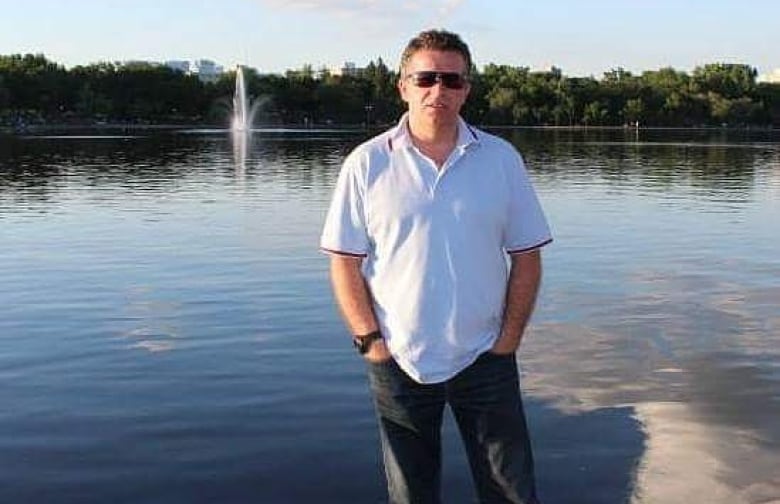 A Regina woman who was sexually assaulted on a first date five years ago feels like she can finally heal in peace, she said, after learning that the man who drove her outside the city and raped her has been deported from Canada.

She isn’t disappointed that Gioulian Nikdima, 51, only served roughly one-third of his three-year prison sentence for sexual assault causing bodily harm before being deported.

“I felt lighter,” said the 50-year-old woman who we’ll call Kathy because of a publication ban that protects her identity. “I could breathe. There’s tension I had in my body that disappeared.”

Kathy trembles when she recounts the traumatic, intimate details of the sexual assault, but she also describes how she feels stronger than ever before. The single mother said she is determined to break free from the emotional shackles of being a “victim.”

She’s speaking publicly for the first time to let others know that justice is possible — even though she doubted it at times.

“It was so worth it. I was just in disbelief that my story was heard and I was one of the few that got to see justice,” Kathy said during an interview with CBC News.

In March 2016, Kathy received a message from a man on the online dating app Plenty of Fish. He told her that his name was John and he was a divorced father and house painter from Greece who had moved to Canada several years earlier.

After a week of online messages, they met at a coffee shop in south Regina and then carried on to a restaurant in his vehicle. After lunch, as he drove her back to her vehicle, he suddenly turned south and drove her out of the city.

“He literally was this perfect gentleman. And then when he kissed and turned to me in the ditch, he acted as if he was on something or just crazed. It was a Jekyll and Hyde experience,” she said. “I thought, ‘Oh, God, am I going to die in this ditch?’ “

Inspired by daughter to report assault

At first, Kathy didn’t want to report the rape. She blamed herself for going on the date and felt embarrassed that she “did not see it coming.”

“I felt dirty. I just wanted to be out of my skin,” she said.

But then, she met with her daughter and changed her mind.

“I was angry he made me a victim … I had to prove to [my daughter] I could still be the strong woman that raised her,” she said.

When a police officer told her that there wasn’t much that police could do with only a man’s fake name from a dating profile, Kathy did her own detective work.

She took the profile picture for “John” from Plenty of Fish and did a reverse Google image search to track down Nikdima and his phone number on a Kijiji ad for painting services. Kathy handed the information over to police, and Nidkima was arrested and charged with sexual assault causing bodily harm.

“My only mistake in this case was meeting that woman,” he told the court.

In late 2019, Justice Fred Kovach convicted Nikdima and sentenced him to three years in prison.

The relief that Kathy felt was so overwhelming that she could barely stand or speak in the courtroom, she said.

“I’ve gone to dark places in my mind through the process. To see him stand up in court on that last day, having handcuffs put on him and be escorted away, and he no longer could be a free person in Canada again. It was worth it.”

The sentencing decision meant Nikdima, a foreign national who was born in Albania and spent most of his life in Greece, would likely be deported from Canada. Federal immigration law stipulates that anyone who isn’t a citizen who commits a serious crime that results in a prison sentence of at least six months can be deported after serving their sentence.

In March, Kathy was surprised to learn that Nikdima didn’t have to serve the entire three-year sentence before deportation.

The Parole Board of Canada granted him day parole effective March 15. In a written decision, it told Nikdima that, according to the Canada Border Services Agency (CBSA), “should you be released from custody on day or full parole the deportation order will be immediately enforced.”

Kathy received confirmation from Correctional Service Canada’s victim services program that Nikdima was taken into border agents’ custody on March 17 and removed from the country.

The CBSA said that it is “unable to confirm or deny removal” of Nikdima for privacy reasons. In an email, Correctional Services Canada told CBC News that Nikdima is still considered under its jurisdiction, even if he’s been deported.

Meanwhile, the office of Saskatchewan’s attorney general had filed an appeal of the three-year sentence, arguing the punishment was too lenient. It’s still awaiting a decision, according to the Ministry of Justice.

Kathy believes deportation is the most fitting punishment.

“He coveted being a Canadian citizen and living in Canada and that’s the biggest punishment. And he’ll never be able to come back,” Kathy said.

Kathy also doesn’t want her tax dollars to be spent supervising him on parole.

Today, Kathy still struggles with anxiety, depression, nightmares and flashbacks. She said the sexual assault shook her sense of safety, her confidence and her ability to form relationships. However, through counselling, she’s learned coping skills.

“I know I have a lot of healing to do, but I finally feel like I can,” she said. “Until everything was done and complete, there’s still a part of me that was his victim. And I no longer feel that way.

“I finally feel I can take back myself.”