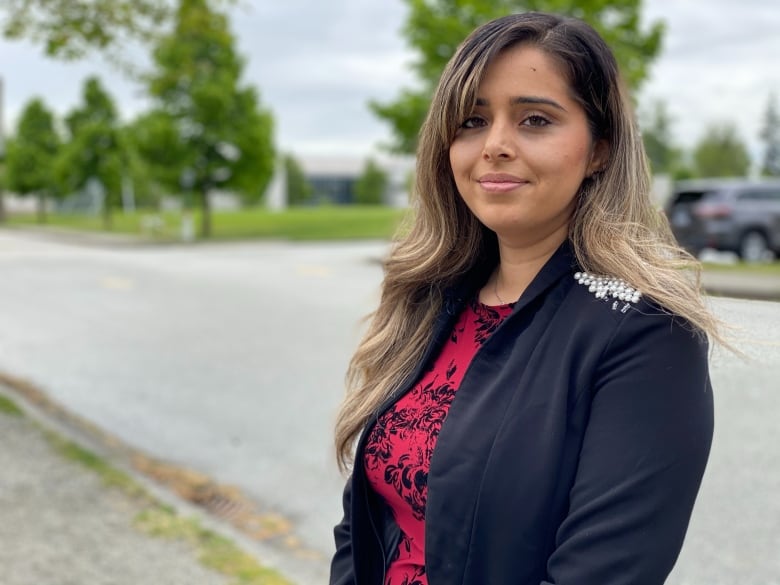 Schooling Under Stress: CBC News sent a questionnaire to thousands of education professionals to find out how they and their students are doing in this extraordinary school year. Nearly 9,500 educators responded.

With just weeks to go before summer vacation, many Canadian educators say they are behind on their teaching and worried about longer-term impacts on student learning after an unpredictable and anxious first full school year under the COVID-19 pandemic.

CBC News sent a questionnaire to the public email addresses of more than 50,000 education workers in nearly 200 school districts across eight provinces. The goal was to find out how educators and students are adjusting to all the changes caused by the pandemic, from mask-wearing and other public health rules to condensed high school schedules and sudden shifts to remote learning.

Nearly 9,500 responded, including teachers, support staff, principals and other school workers serving elementary and secondary students. They provided feedback on a range of topics from students meeting learning objectives to absenteeism to mandatory vaccinations.

Nearly three-quarters of the teachers who responded said they’re behind schedule in covering the curriculum. About 55 per cent said fewer students are meeting learning objectives this year compared to a non-pandemic year.

“Completing the curriculum had already been a challenge before COVID and this has just amplified it 10 times more,” said Ramandeep Sangha, a high school teacher in Surrey, B.C., a place that’s been hit particularly hard by the pandemic.

“[Teachers are] fatigued from trying to continuously think on our feet when a new situation arises and, to be honest, there’s something new happening all the time. We have [COVID-19] exposures and I’m just numb to them at this point.”

According to Sangha, many teachers are struggling to fulfil the curriculum and teach effectively amid changing school conditions while also paying close attention to student mental health.

“I often feel defeated. I often have broken down and cried many times this year,” she said. “Not only teachers, the students are just emotionally, physically, mentally exhausted.”

Approximately 70 per cent of teacher respondents said they think some students will not catch up academically.

And about 90 per cent of them said they believe the challenges of this pandemic school year will have a psychological impact on some students.

Meanwhile, how this year will affect teachers is top of mind for administrators. More than 80 per cent of principals and vice-principals who responded to the questionnaire said they are very worried about teacher burnout.

‘They don’t have the fundamental skills’

Jim Fare knows the value of every single concept students learn in his classes, including how physics applies in real life or how complex math skills build toward later lessons. His physics and calculus courses are challenging in normal times, he says, but they are that much more difficult when you layer on students splitting their time between in-person and online classrooms and condensed learning models.

To facilitate less in-person mixing of students, many districts adopted new systems for dividing the year. The overall time frame was condensed: though fewer courses were taken at one time, each daily lesson ran longer. The cycle repeated multiple times, depending on whether schools replaced their full-year or semestered system with quadmesters, quintmesters or octomesters.

“They get to see me for 22 days and they have to pick up everything that they would normally have five months to learn,” said Fare, a high school teacher in Kitchener, Ont.

“These kids have me for 3½ up to four or five hours a day. One subject. Imagine that you’re a kid for whom calculus didn’t come easily. To have it drilled into you for hours and hours a day? You just get tired.”

With teachers forced to cut, simplify or speed through subject units to fit into these condensed time frames, Fare said he has noticed more students who aren’t picking up the skills and knowledge they need, sparking his concern about a developing “educational deficit.”

“The kids don’t have the fundamental skills of algebra, of the earlier math, so that they can get comfortable with calculus…. You’ve heard of muscle memory for doing activities? Well, it hasn’t turned into intellectual muscle memory yet, because they just haven’t had the same practice,” he said.

“I can’t come around and sort of watch over their shoulder as they’re doing stuff, because that’s where you catch all those little mistakes and the misunderstandings,” he said.

“I think we are going to be suffering the fallout of this for five to six years to come.”

Teachers from across Canada say they are noticing negative effects on their students’ learning and achievement amid pandemic shifts to online learning and condensed school schedules. 2:27

The questionnaire responses aren’t a surprise to child psychologist Todd Cunningham, who says they’re in line with what he’s seeing in the clinical setting, where students are sharing mental health and academic challenges.

“Everybody is going to have less content knowledge.… Everybody’s going to have to recognize that [students will need] reviewing of key concepts to ensure that everybody has that core knowledge,” said Cunningham, who is also an associate professor at the University of Toronto.

He’s particularly concerned about the impact on academic skills such as reading and comprehending vocabulary, expressing ideas in writing and using math to solve problems. These skills need continuous practise to develop, he said.

“If my reading has not progressed over the course of this year and now I’m supposed to be able to read at a Grade 9 or Grade 10 level but I’m still kind of at a Grade 7 level, it’s going to be harder for me to engage in that learning that’s supposed to take place.”

High school senior Jordan Mutabazi says he knew he would be heading into calculus at a disadvantage this year given that units were cut from his Grade 11 pre-calculus class last spring when classes shifted online early in the pandemic.

In addition to whittled down courses, the 17-year-old student from Halifax has also found it tough adapting to an intense schedule of two subjects a day for three hours each, coping with restrictions at school and, most recently, Nova Scotia’s return to online classes amid rising COVID-19 case numbers.

“[School] was so different from what I was used to,” Mutabazi said. “I didn’t perform as well in the class as I probably could have, had classes just been how they were before.”

Bridget Salamon, a high school senior in Saskatoon, says the turbulent school experience during the pandemic has been harmful to students’ mental health. She is also concerned whether those moving on to post-secondary studies will have retained the knowledge and skills they’ll need, she said.

“It’s definitely taken a toll … the pandemic and the insane workload from schools and the fact that we are not learning everything we should,” she said.

“As a Grade 12 student, knowing that you don’t get a do-over of this year and knowing that I’m saying goodbye to the school, all of these teachers, and this is my send-off? That kind of sucks.”

CBC News chose provinces and school districts based in part on the availability of email addresses. As such, this questionnaire is not a representative survey of educators in Canada. None of the questions were mandatory and not all respondents answered all of the questions.

9,441 people filled out the questionnaire.

To share your experience in the education system during COVID-19 and for any story tips, please email us: education-talk@cbc.ca