Will Arrange All Paper Trail Machines By November: Election Commission 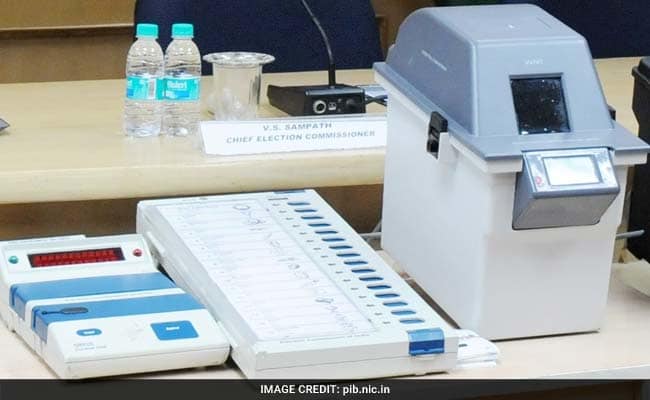 Dismissing reports that it was struggling to arrange Voter Verifiable Paper Audit Trail (VVPAT) in case of early Lok Sabha polls, the Election Commission on Wednesday said 5.88 lakh units had been produced so far and the remaining 10.27 lakh units would be procured by November, allowing it the time for making pre-poll preparations for the 2019 general elections.

“VVPAT deliveries have been delayed due to analysis of technology stabilization issues in the initial batches and incorporates essential design improvements”, the EC said following a news report on Wednesday highlighting how the Commission was struggling to meet the deadline.

The EC said in a statement that even after continuous monitoring, all VVPATs will be delivered well before the end of November 2018, well within the time required for making pre-poll preparations.

In order to meet the requirement of VVPATs for 100 per cent saturation of all polling stations for the Lok Sabha elections in 2019, the Commission had placed an order for 16.15 lakh VVPATs with state-owned Bharat Electronics Limited (BEL) and Electronics Corporation of India Limited (ECIL).

“Both the PSUs have assured the Commission that the remaining VVPAT units (10.27 lakh) will be manufactured and supplied to the various states/UTs before end of November 2018.”

“The Commission is committed to 100 per cent deployment of VVPATs at all polling stations in all elections,” it said.