Will a curfew help get the pandemic under control in Quebec? 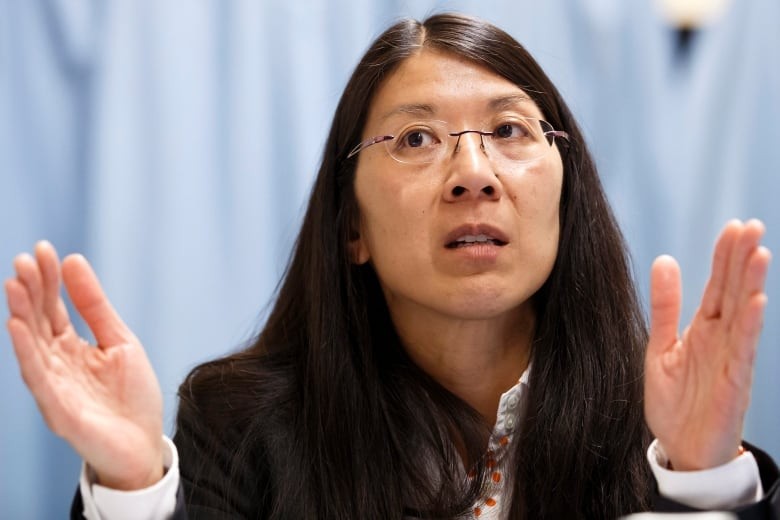 Quebec parents bit their nails at the prospect of another extended school closure. Factory owners sounded the alarm over the heavy financial impact of having to shut down.

In the end, they needn’t have worried. The new restrictions imposed by the provincial government aren’t as severe as media leaks earlier this week suggested they might have been.

In fact, there is even some loosening of rules: small businesses, desperate for a lifeline as consumers turn to online shopping, will be allowed to offer curbside pickup. And students will be allowed to study at the library, provided they adhere to public health guidelines.

The most significant, life-changing development announced is a 8 p.m. to 5 a.m. curfew beginning Saturday and running for four weeks — the first of its kind in Canada since the coronavirus pandemic was declared.

Quebec’s curfew is part of an attempt to lower the COVID-19 case count and ease the pressure on its hospitals, many of which say they are already at full capacity.

The question: how much difference will the curfew make?

Dr. Horacio Arruda, the province’s health director, acknowledged Wednesday there is no hard scientific evidence to support a curfew’s effectiveness.

With the business-friendly Legault government reluctant to put manufacturing and construction, or put parents through another extended school closure, there were only so many levers left to pull to help stop the spread of COVID-19.

Dr. Joanne Liu, the former international president of Doctors Without Borders, said a curfew may not directly lead to reduced transmission, but it will hopefully get the attention of those who have grown weary of physical distancing rules.

The province muddied its messaging leading into Christmas when it announced gatherings would be allowed, then changed the rules as case counts continued to climb.

In an interview, Liu said a key question is whether a curfew will help persuade the minority who don’t take the virus seriously to adhere to the rules.

“It’s a bit like going into an election. You know that you have some supporters and they will continue to support you throughout. You’re trying to get the people in the middle,” said Liu, a pediatric physician in Montreal who also serves on the International Panel for Pandemic Preparedness and Response.

Dr. François Marquis, the head of intensive care at Montreal’s Maisonneuve-Rosemont Hospital, said many of the patients he treats say they got infected at small gatherings, such as quick family reunions or small dinner parties.

He’s hopeful a curfew will put an end to that, given that many hospitals are already at capacity.

“It’s all about small little meetings that we have to stop right now,” he said.

“The biggest problem is we’re going to run out of beds.”

For Dr. Karl Weiss, an infectious diseases specialist at the Jewish General Hospital of Montreal, the curfew can be viewed as one more tool to slow the spread of the virus.

“I think we are at the stage where it may be the last shot to play, the last effort to make, hoping it works,” he told Radio-Canada’s Tout un matin.

Such an extreme measure takes its toll. In France, where some regions have been under lockdown since mid-October, a curfew has narrowed the scope of people’s lives.

“There are no other times of the day to enjoy, as we are confined to the house. It’s starting to get heavy. We can’t wait for it to end.”

A glimmer of hope

In contrast to Quebec’s spring lockdown, at least, the arrival of a vaccine for COVID-19 offers hope that the restrictions put in place will one day end.

Liu, who steered the response to the Ebola crisis in West Africa, said there is no perfect response to the crisis unfolding in Quebec and elsewhere — a reality to which a country like Canada is not accustomed.

If schools and workplaces are to remain open, however, Liu is among those who say more  needs to be done to contain the spread of the virus, including improved ventilation in schools given that the virus spreads through aerosols.

Other experts have pressed Quebec, again and again, to ramp up testing to find and isolate the superspreaders that have driven the pandemic.

Epidemiologists estimate roughly 10 per cent of coronavirus carriers are responsible for 80 per cent of infections.

Liu cautioned it will take several weeks for the restrictions to show any impact on the daily numbers. But she is hopeful a curfew may get the public to comply for a little longer.

“It’s as if you are running a marathon and you see the finish line and you start to walk. The reality is that we should not walk. We should run even faster, to get to the finish line.”