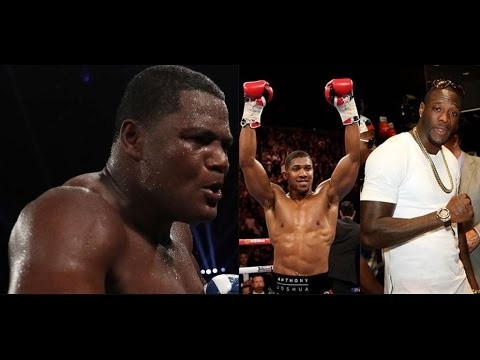 While there have been recent hush-hush discussions between the camps of heavyweight world titleholder Deontay Wilder and Luis “King Kong” Ortiz, one of the most avoided big men in boxing, for a fall fight, they are likely to be fruitless.

Wilder has a mandatory title defense due against former titlist Bermane Stiverne, the man from whom he won the belt by one-sided decision in January 2015, and the Stiverne camp has no intention of giving up the fighter’s rights to the rematch.

Former titlist Bermane Stiverne, left, was knocked down and lost a one-sided decision to Deontay Wilder when the two heavyweights squared off in 2015. AP Photo/John Locher

Co-managers James Prince and Josh Dubin recently signed Stiverne to a managerial deal and Dubin said they will fiercely protect their client’s rights. Anyone who has done business with Prince and Dubin, who also manage unified light heavyweight titleholder and pound-for-pound king Andre Ward, knows they are to be taken seriously.

“James Prince and I will take whatever legal action is required to prevent anyone who is trying to pass over Bermane Stiverne for his mandatory shot at the world title,” Dubin told ESPN.

Since losing the title to Wilder, Stiverne has fought only once in nearly two years, a non-descript 10-round decision win against journeyman Derric Rossy in which Stiverne got knocked down in November 2015.

But the inactivity is not all Stiverne’s fault. He was supposed to face Alexander Povetkin for the vacant interim title on Dec. 17 in Russia with the winner to get the next shot against Wilder. But when Povetkin tested positive for a performance-enhancing drug for the second time in eight months the fight was canceled. But rather than order Stiverne to face the next leading available contender at a later date for the right to fight Wilder, the WBC simply handed Stiverne (25-2, 21 KOs), 38, a Haiti native fighting out of Las Vegas, the mandatory position.

The key issue in making a Wilder-Stiverne rematch is that because of Stiverne’s lopsided loss to him and subsequent inactivity a rematch with Wilder has virtually no commercial viability and no television networks are interested in buying the fight.

According to Wilder’s team he wants to face Ortiz because he is perceived to be a dangerous opponent and Wilder (38-0, 37 KOs), 31, of Tuscaloosa, Alabama, is said to be fed up with the widespread criticism of the light opposition he has faced through five successful title defenses.

A fight with Ortiz (27-0, 23 KOs) would be Wilder’s most dangerous. Ortiz, 38, a former Cuban amateur standout who defected and fights out of Miami, is a huge puncher and one of the top contenders. He has been dominant fight in and fight out, including in one-sided knockout victories against former title challengers Bryant Jennings (2015) and Tony Thompson (2016).

But Dubin said his only concern is for Stiverne and his rights to the mandatory fight.

“We’re trying to make the fight, and as soon as James and I got involved and assessed the situation, we got in touch with the WBC and spoke to [president Mauricio Sulaiman], and he assured us we are the mandatory and that has not changed,” Dubin said. “If the fight goes to a purse bid we’re prepared to do that. Nobody is going to deprive this guy of his mandatory fight.”

Stiverne’s team could negotiate a step-aside fee that would allow Wilder to make another optional defense before having to do the mandatory but Dubin said Stiverne is not interested in that. He wants to fight for the title.

“Try telling Bermane to step aside,” Dubin said. “One thing [Prince] and I believe in strongly is if a fighter needs his rights enforced, we’re going to do it. He is going to fight Deontay Wilder in his next fight and anyone who tries to infringe on his rights in any way will end up in litigation. We’ll do anything we can do to block Wilder-Ortiz or any other fight.”

Wilder is coming off a fifth-round knockout victory against Gerald Washington on Feb. 25 in Birmingham, Alabama. Wilder’s next fight likely will take place either Oct. 14 or Nov. 4, dates that his de facto promoter, Lou DiBella, has on hold for boxing events at Barclays Center in Brooklyn, New York, where Wilder defended his title by brutal ninth-round knockout of Artur Szpilka in January 2016.