Why Trump will not ignore Libya 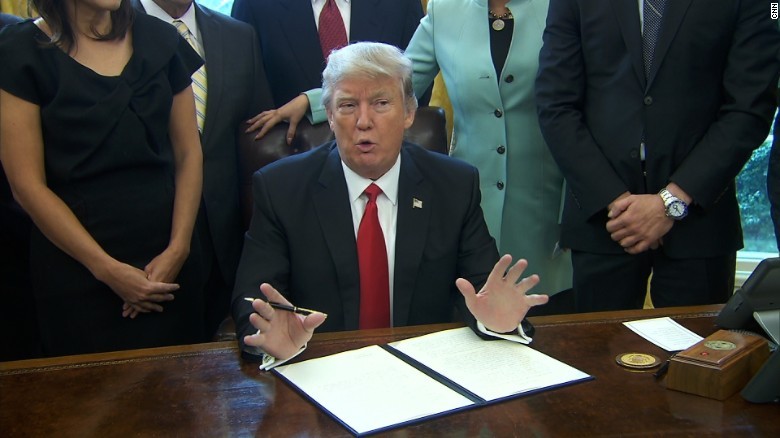 In the fight against terrorism, America needs to invest time and attention in a consolidated settlement and unity plan for Libya but unfortunately, the latter has remained invisible. From the campaign messages of President Donald Trump, to the confirmation appearances before a Senate Armed Services Committee of his choice candidates for the US National Security Council, and questions from members of the Senate Armed Services Committee on National Security.

Instead, North Africa, specifically Libya remained in the shadows of Iran, Syria, Iraq, and Afghanistan. Libya and other tractable wars may have contributed to talks of America’s decline. However, while there are little problems that the US can solve alone, there are even fewer excluding terrorism that can be solved without it.

The aftermath of the 2011 Libyan intervention is writ large one unnecessary evil. After the North Atlantic Treaty Organisation opened a Pandora Box of evil in Libya, a previously weak Al-Qaeda in the Islamic Maghreb is flourishing and spreading on the continent especially in East and West Africa.

Extremist groups with established bases in the Sinai Peninsula and in neighbouring Libya have fomented greater transnational security threats not only in the Sahel, neighbouring continents but also to the US.

Extremist threats to the US homeland and Americans abroad include these non-state actors, that use unattended war-torn axis like Libya and other parts of the Middle East as a base to plan, train, equip, and launch attacks. The US military documents Libya as a hotbed of Islamist radicalism, with potential to become another global launching pad for terrorism akin to Yemen, Syria, Iraq and Pakistan.

The report also identifies Libya as a likely training destination point for foreign fighters such as the Nigeria-based extremist group, Boko Haram, trained alongside AQIM and the Movement for Oneness and Jihad in West Africa (otherwise called MUJAO).

As a training destination point, these three groups may provide ample battle experience to committed fighters that either return home to the US or move along to other fronts for global terrorism. More so, ISIS may advance in such a place considered as safe havens for conversion.

War studies show that in Libya, fresh and decentralised terrorism is emerging and spreading.

In Libya, Al-Qaeda and other groups have seized substantial numbers of anti-aircraft missiles including man-portable air-defence systems (MANPADS) and other hard-to-detect explosives from military bases.  Extremist possession of these anti-aircraft missiles constitutes a potential threat to safe transit of airspace within any geographical area they occupy.

There are many different ways the United States can go about restoring security to the region and in particular Libya. It is exporting the US security. As Barnett suggests in his seminal book, The Pentagon’s New Map, exporting security sometimes means training Libya’s future military leaders at the US military schools such as the US Naval College, US Army War College, among others. But at this time, exporting security requires giving Libya something America has in abundance: a belief in the future and telling Libya that the US is ready to help out. It is not about exporting arms, firing cruise missiles or drone attacks, it is the time and attention the United States spends on the region’s current security problems. Will it make a difference? Yes, it will.

America in Libya needs to represent so much more than economic interest, it’s time to demonstrate her other capacities in the post-2011 Libyan civil war.