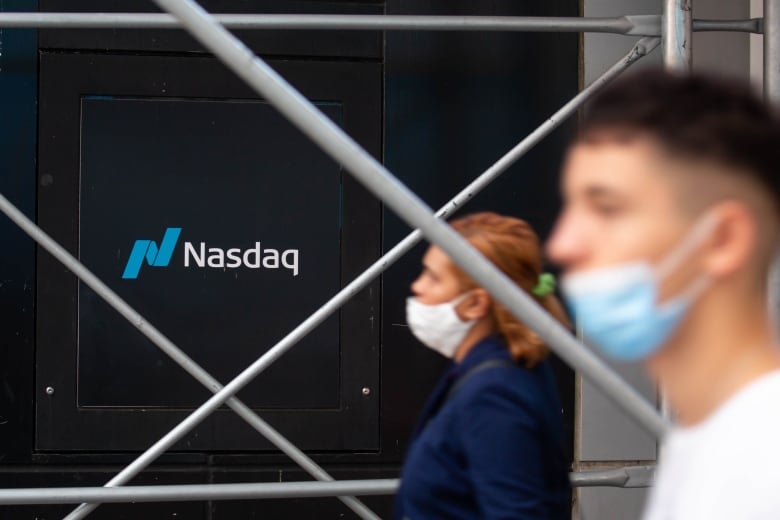 The economy is in a ditch, and millions of Canadian workers still find themselves unemployed or underemployed compared with where things were before COVID-19. And still the stock market is posting some record gains.

You can’t blame anyone who throws their hands in the air and asks: Just what on earth is going on?

“It’s surprising how quickly they came back,” Robert Kavcic, senior economist at the Bank of Montreal, said of the markets.

In March stocks crashed. They fell so steep and so far that many assumed it would take years to rebound. In the end, the stock market recovery took just 150 days. Since it bottomed out on March 23 of this year, the broadest marker of the U.S. stock market — the S&P 500 — is up 44 per cent

It’s always important to remember that the stock market is not the economy. Stocks are meant to reflect the future value of a given company’s stock, not the state of Main Street today.

Kavcic said the sharp rise in equities shows how the pandemic has hit different sizes of businesses in different ways. For the most part, the big fish are doing OK, but the little ones are hurting.

“If you look where most of the economic damage was, it was and still is in smaller businesses and Main Street-type businesses that don’t necessarily trade on the equity market,” Kavcic said. “You don’t have a hair salon or a restaurant trading on the Nasdaq.”

And yet, he said, digital companies like Netflix and Cisco and Microsoft have fared incredibly well. And those are the companies driving stock market gains.

The suffering is happening among small and medium-sized businesses, which make up 70 per cent of private-sector employment in Canada. They are most exposed to a lockdown at least in part because they have the least cushion to weather bad times.

Companies in the digital sphere have prospered throughout the lockdown.

By almost every measure, we live in a digital world. The stock market is just reflecting that.

Benioff didn’t mention the stock market. But he didn’t have to. Salesforce stock is up 74 per cent in the past six months.

The other major factor driving equity gains is the sheer volume of cheap money out there.

“As of the end of July, global central banks had cut interest rates 164 times in 147 days and committed $8.5 trillion US in stimulus,” he said in a note to clients.

Petursson said investors were so sure stocks would remain low for a long time that they pulled staggering amounts of money out of markets. The Canadian mutual fund industry had its worst month ever in March, he said, with more than $14 billion Cdn in net redemptions — that’s people pulling their money out.

“South of the border, investors pulled $326 billion US from mutual funds and ETFs, more than three times the $104 billion US in outflow in October 2008 during the Great Financial Crisis,” Petursson wrote.

But stock markets have a way of confounding even the best experts.

And if you thought the wild ride was coming to an end, hold onto your hat.

The U.S. presidential election looms as the next major event on the volatility calendar.

No one knows what will happen on Nov. 3. And markets hate uncertainty. We also don’t really know how markets will react if either President Donald Trump, a Republican, or Democratic candidate Joe Biden wins.

Kavcic said markets had it very wrong the last time, in 2016.

“Everyone thought Trump was negative for equities on election night, and it turned out to be the opposite,” he said.

Adding to this year’s uncertainty, there’s now a real possibility that the Democrats could sweep election night — winning the presidency and control of the House of Representatives and Senate.

Many Wall Street types have expressed concern that would lead to dramatic change, such as tax hikes that would hurt growth and slow markets.

But Frances Donald, managing director and chief economist at Manulife, said that may not be the case.

“While the popular perception is that a Democratic sweep would be broadly market negative,” she said in a report published this month, “we’d caution that we believe such fears are likely exaggerated.”

Donald said 2021 will be another “exceptionally challenging” year for the economy, with high levels of unemployment and an ongoing health crisis.

That’s music to the ears of investors who are driven by hopes of further fiscal and monetary support.

One final note of weirdness.

Stock markets have begun to show some jitters this week.

The S&P, the Dow Jones and the Nasdaq all fell sharply on Monday.

Some of that has been an overstretching of valuations of those tech companies that have performed so well since the pandemic struck.

But Kavcic has another theory.

He said traditionally, equity markets reflect a bet on what will happen in the future. So maybe some of the spring’s bull run was a reflection of how much things would improve over the summer.

“And maybe what we’re seeing today is reflective of what we’re going to see in the winter, which might be a rolling back of the economy again at least in some parts,” he said.

Winter, as they used to say, is coming. It will bring a whole host of unknowns and challenges. Whether the cold months to come will bring investors an icy chill or warm glow from fiery markets is anyone’s guess, but one thing is for certain: Even in the worst economic crisis since the Great Depression, hope springs eternal.