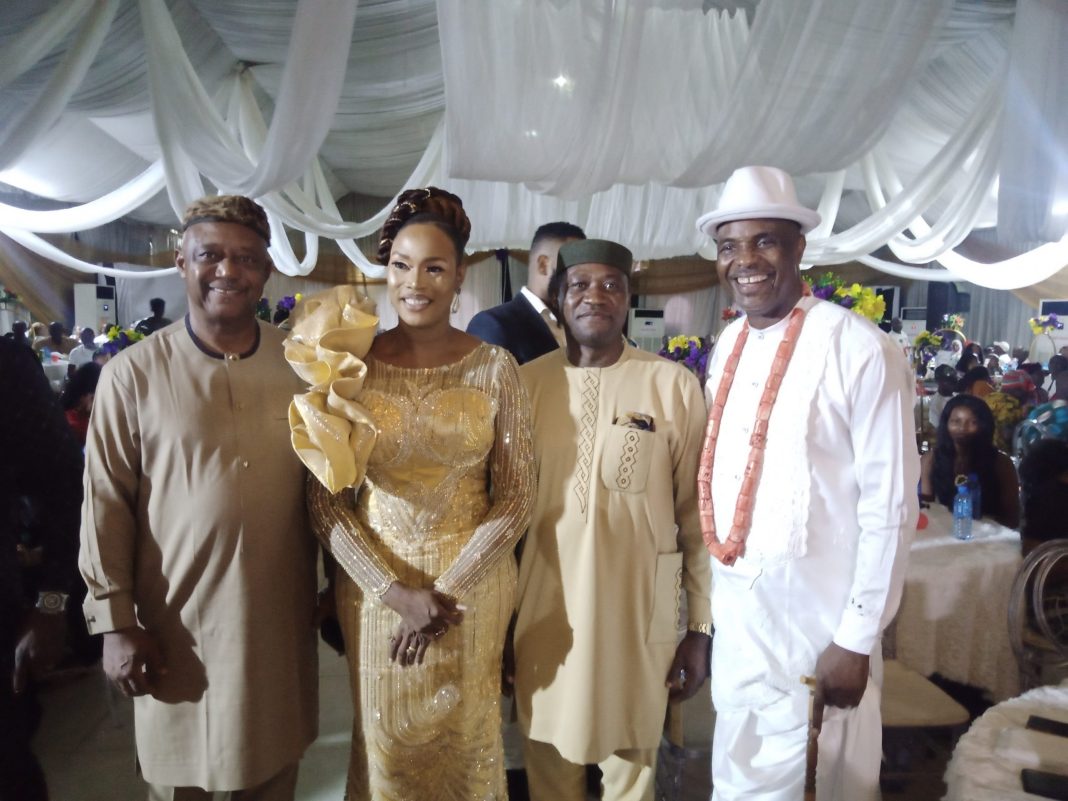 The Federal Character Commissioner representing Enugu State, Hon. Amb. Ginika Tor has urged the people of the South-East not to make the mistake of casting their votes for the Peoples Democratic Party, PDP, in the 2023 presidential election.

Tor, who spoke to journalists in Enugu weekend during a birthday celebration packaged on her behalf by her friends and political associates, said the PDP did not deserve the votes of the South-East.

She said, instead, Bola Ahmed Tinubu, the candidate of the All Progressives Congress, APC, should sweep the polls from the zone.

According to her, “We are also celebrating our presidential candidate today, Bola Ahmed Tinubu of our great party, the APC.

“Our incoming President, Bola Ahmed Tinubu, I’m supporting him 100 percent; that is because, everywhere I have gone, statistics I have got, all you hear is that he is old. Nobody has said he has not achieved anything meaningful for the society.

“But there is something you cannot take away from Bola Ahmed Tinubu, impacting people, building people and I’m taking after him by empowering people, because God has made me a voice for the voiceless.

“When I had a close contact with Bola Ahmed Tinubu, I discovered that he may be old but what he has upstairs is not old, even at that, they say old wine tastes better.”

“So for me, it is time to begin to look at antecedents, pedigree; Lagos is one of the best States in the country today because there is a foundation and that foundation is Bola Ahmed Tinubu.

“So, I’m calling on our people not to waste their votes again on the PDP but to vote massively for Bola Ahmed Tinubu, we will not regret it. The position will surely come to the South-East in the future, but for now, it is Tinubu all the way,” the Federal Commissioner added.

While rallying support for Mrs. Jennifer Ndubuisi, the APC Awgu North, Enugu State Constituency candidate, Tor said her emergence during the primary election was an act of God.

“Despite all the fights, even a rerun, but God gave us victory, we had additional two votes.

“Permit me, however, to say that women need more elective positions. We are not satisfied; we want more because women have the capacity to change the society,” she said.

In a remark, the immediate past Chairman of the APC in Enugu State, Barr. Ben Nwoye described Tor as a compassionate woman who is interested in giving back to society.

“Within the few years she joined politics, she has made much more impact than those who have been there for so long.

“Some persons get appointments but they hold on to it and do nothing for the people; but in the case of Amb. Ginika Tor, she has continued to give back to the people, so we are so proud of her,” Nwoye noted.