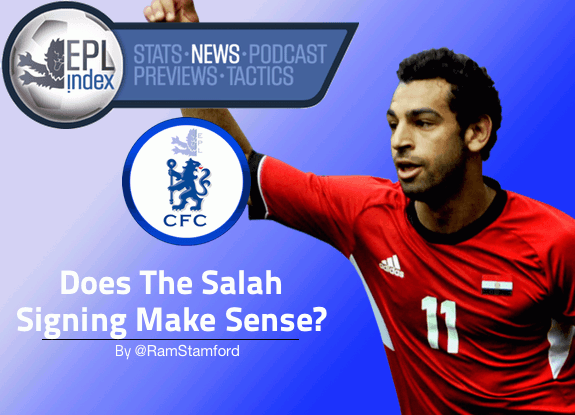 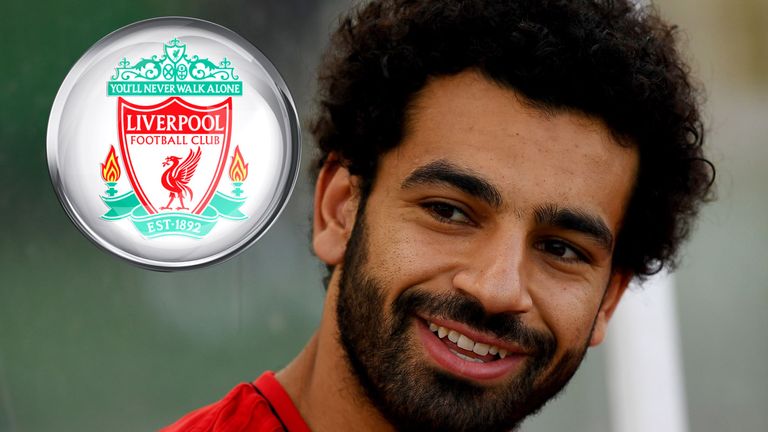 What qualities could Mohamed Salah bring to Liverpool next season?

Liverpool look set to make their first major transfer acquisition of the summer with the £35m purchase of Mohamed Salah from Roma. But how good is the Egyptian winger and how will he fit in to Jurgen Klopp’s team? Adam Bate takes a look…

Memories of Mohamed Salah’s previous spell in English football are unlikely to conjure up too much excitement on Merseyside. However, the 24-year-old would not be the first to depart Chelsea after a handful of games only to become a Premier League star elsewhere. Kevin De Bruyne? Romelu Lukaku? It could soon be time to add Salah to that list.

So where has he been?

After featuring intermittently for Chelsea at the start of their Premier League title-winning campaign under Jose Mourinho, Salah embarked on a loan spell at Fiorentina in 2014/15. He scored nine goals in 26 appearances, impressing enough to attract the attention of Roma.

A one-year loan spell in the Italian capital followed before penning a permanent deal with Roma in August of last year for a fee of £15m. Now 24, Salah is set to return to the Premier League for more than twice that money with 81 Serie A appearances to his name.

How did he do at Roma?

Salah’s stay in Rome has been a stunning success. He was named as the club’s player of the year in his first campaign and has impressed again in the season just gone. Luciano Spalletti, Roma’s coach at the time, described him as “irreplaceable” in March.

The Italian went even further following the winger’s role in a 4-1 away victory over AC Milan last month. “Salah is an exceptional player,” said Spalletti. “He is the best player I’ve coached in my career.” Not bad praise given the veteran coach’s lengthy CV. 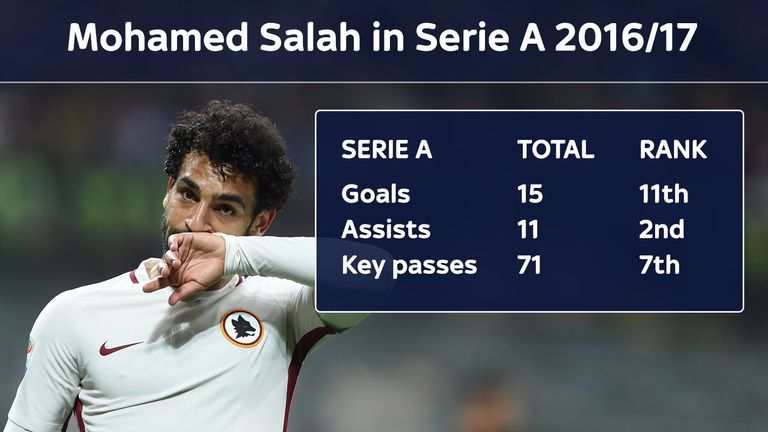 How good are his stats?

Salah’s assist against Milan was one of 11 in Serie A last season. Only Napoli’s Jose Callejon (12) produced more but he had an extra 662 minutes on the pitch. Salah’s creativity was no fluke either – he played 71 key passes, more than any other Roma player.

The Egyptian has also developed into a reliable goalscorer in Italy. His tally of 19 goals in all competitions last term was the best of his career to date and this is trending in the right direction in each of the past four seasons since making the move to Chelsea.

Liverpool boss Jurgen Klopp is optimistic about the club’s future with Champions League football back at Anfield.

What are his strengths?

Salah’s most notable asset is his pace. A left-footer on the right, he can beat his opponents on the inside or the outside. Defences hate his directness but it’s also his instinct for goals that helps too – whether it’s popping up at the back post or darting through on goal.

His finishing has improved, too, with Salah’s trademark move being the calmly slotted low strike with his left foot into the far corner. He has also found the net with his right foot and head this season and is as happy following up rebounds as he is firing off long-range shots.

Will he fit in at Liverpool?

Jurgen Klopp’s team like to utilise the counter-attack and Salah can add to Liverpool’s effectiveness in transition. Sadio Mane has been a huge asset for the Reds since his arrival at Liverpool because, as Klopp says, he “gives width and space” and Salah can do the same.

As Liverpool icon Phil Thompson said of Mane: “Klopp needed someone with great pace behind the front man. He has electric pace and a great football brain too. Because he can see things with the pace he’s moving at, it means he’s had a massive impact on this team.” 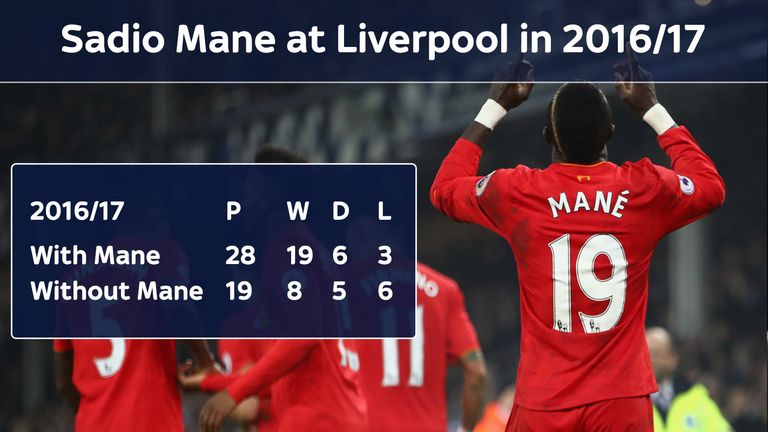 So why do they need him?

Liverpool’s fixture list is expected to be rather fuller next season with their return to European competition and they will be hoping to play as many as 15 matches in the Champions League alone. A deeper squad is going to be needed regardless.

However, Mane was particularly missed when not in the starting line-up – as was the case in 19 of Liverpool’s matches last season. Klopp’s men became too predictable in their build-up play, lacking the penetration that Mane could provide. Salah can deliver that too.