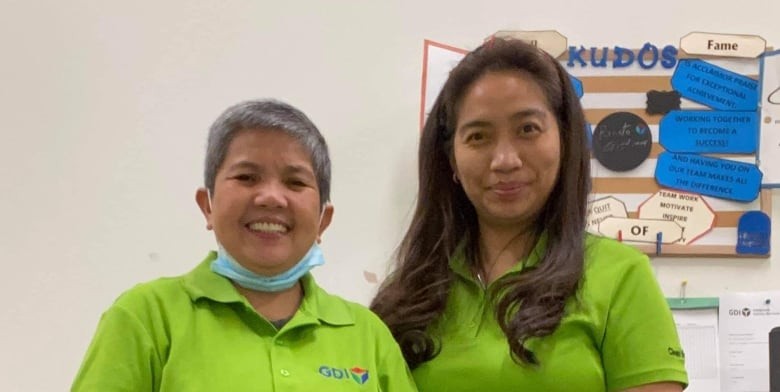 At $15.30 an hour, Annette Reyes was making enough cleaning offices in downtown Toronto to pay her share of the rent and put her daughter through school in the Philippines.

But as the coronavirus spread throughout Canada this spring, and governments ordered unprecedented lockdowns, the economy went into a state of shock.

In early April, her employer — the billion-dollar janitorial company GDI — told her it could no longer afford to keep her on the payroll.

She burned through her savings quickly while looking for other work. When that turned up nothing, she began receiving a federal emergency benefit, the $2,000 monthly payment better known as CERB.

“We just feel left behind. We feel invisible,” Reyes, 54, said of being laid off by GDI.

At GDI headquarters in Montreal, on the other hand, things have never been better.

While some divisions, like mechanical services, suffered major losses because of the pandemic, as a whole the company is thriving amid increased demand for cleaning services.

GDI’s share price is hitting all-time highs, and the company posted what it called a “record quarter” between June and September, with revenues up more than 10 per cent.

Since April, the corporation has also received $29.4 million from the Canada emergency wage subsidy program (CEWS).

It is among several large corporations which, despite being financially healthy overall, qualified for wage subsidies because at least one division suffered a substantial drop in revenues during the pandemic.

CBC News analyzed the financial statements of 53 public companies that disclosed receiving more than $10 million under the program.

The analysis found nearly 30 of them issued quarterly payments to shareholders while collecting CEWS. Collectively these companies dished out nearly $2 billion to shareholders between April and September.

At least seven companies also bought back shares during the summer while receiving the wage subsidy.

The analysis also identified 13 companies whose year-to-date net income increased when compared to 2019, including Leon’s (which got $32 million in CEWS) and Extendicare ($82.2 million).

In other words, tens of millions of dollars from the government’s pandemic aid package has gone to corporations whose overall revenues are up, despite the economic downturn.

But CEWS, which will cost $100 billion by the time it wraps up next year, was meant to help businesses struggling keep employees on their payroll. And whether the program is actually doing that is far from clear.

CBC spoke with a dozen economists and accounting experts in an effort to better understand how CEWS is influencing the Canadian labour market.

All of them said there wasn’t enough data available to draw definitive conclusions.

Partly, this is because CERB was available for several months alongside CEWS, and it is difficult to distinguish between the effect each has had.

But there is also little information that is publicly available about which companies received money, how much they received or what they did with it.

Only publicly traded companies have to disclose their financial statements, and they likely make up only a fraction of the 355,990 businesses which have received CEWS funding. (CBC News identified 213 corporations traded on the Toronto Stock Exchange that indicated receiving payment in their public filings.)

Even with their financial statements, it is impossible for outside accountants to determine how many workers the subsidies have helped.

The Canada Revenue Agency, which administers CEWS, still hasn’t delivered on a promise it made two months ago to release the names of all program recipients.

CBC asked the government to make either Revenue Minister Diane Lebouthillier or Finance Minister Chrystia Freeland available to answer questions about what will soon become the costliest of Ottawa’s pandemic aid programs. Both declined.

A lot for a little

Figures released by the federal government last week indicate 3.9 million workers have benefited from the $50.6 billion that has been spent so far under CEWS.

GDI said the money it received helped its mechanical services division to keep or rehire “almost all” its technicians.

But according to a preliminary analysis conducted by Michael Smart, an economist at the University of Toronto, there are signs the program isn’t helping the workers who need it most.

“It’s important to understand that these payments are not going to individual workers. They’re going to the companies,” Smart said.

“And I don’t believe that they’re saving a large number of jobs. That means the payments are going to business profits.”

Businesses, Smart explained, use the subsidy to offset payroll expenses. As a result the money ends up subsidizing all employees on the payroll, not only those in danger of being laid off because of the pandemic.

That drives up the cost of saving each job. Smart estimates it is currently costing the government $14,500 per month for every job saved.

“The danger with this program is that we’re spending a lot to save a relatively small number of jobs,” he said.

The behaviour of the corporations that received CEWS payments has varied widely. Many suspended or cut dividend payments and other forms of discretionary spending, such as share buy-back programs.

Others, though, spent lavishly on non-payroll expenses, which is not prohibited under CEWS.

The Montreal-based trucking giant TFI International, for instance, received $63 million in wage subsidies by the end of September, while also paying out $45 million in dividends amid rising profits and a soaring share price.

In the spring, as it was laying off 1,600 workers, TFI spent nearly $9 million buying back shares, a move generally intended to drive up share price. Earlier this fall, TFI announced it was increasing its dividend by 12 per cent.

“We are not ashamed,” about taking the wage subsidies, TFI CEO Alain Bédard told a Montreal newspaper in October. (The company declined to answer questions from CBC.)

“Not taking it would be like refusing a tax exemption. It would be like saying ‘We’re more Catholic than the pope.'” He added the subsidy allowed the company to retain around 1,500 workers it would have otherwise laid off.

Since April, Bédard has sold stock options in TFI worth more than $20 million.

The dividend payouts of these companies has become an increasingly controversial issue in Ottawa, following reporting by the Financial Post and a CBC News investigation into for-profit long-term care providers in Ontario.

“I want to emphasize … for any companies that may be listening, that the wage subsidy must be used to pay workers,” Freeland told a parliamentary committee on Tuesday.

There is no indication that any of the corporations were using CEWS to directly finance dividends. Dividends are meant to be financed from a company’s profits and retained earnings, whereas a subsidy should be applied against selling, general and administrative expenses.

But dividends nevertheless indicate a corporation has a certain amount of financial leeway. Raising dividends, or buying back shares, is generally a sign there is cash on hand says Michel Magnan, who teaches corporate governance at Concordia University.

Preetika Joshi, an accounting professor at McGill University in Montreal, says some simple policy changes could ensure the subsidies are targeted at companies that need them the most.

She also notes that countries like Spain and the Netherlands barred companies that are receiving wage subsidies from paying dividends.

“That would go to basically minimizing any misuse of funds that are being given out with this program,” she said.

The easy access to the wage subsidies, though, is not necessarily a design flaw, or at least it wasn’t when the CEWS program was launched.

Ottawa was facing a potentially catastrophic number of bankruptcies this spring as GDP plunged by nearly 40 per cent.

In order to prevent a complete collapse of the economy, the government needed to inject funds into businesses as quickly as possible. 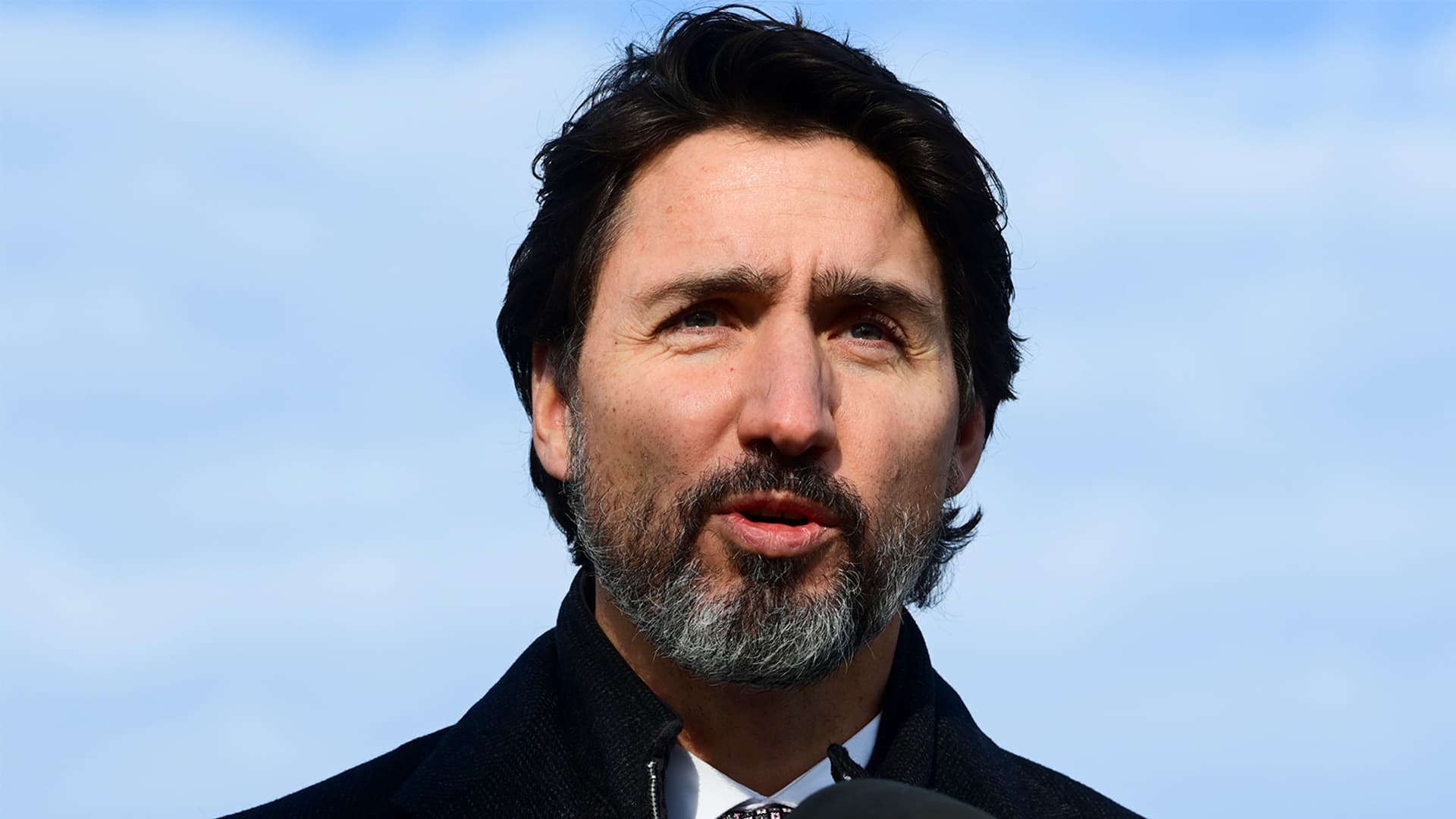 The tax data the Canada Revenue Agency already had on hand made it easy to determine whether businesses met the criteria. And by keeping eligibility criteria to a minimum, the agency could process claims quickly.

At that stage of the crisis, ensuring the money went to the most fragile jobs, or shakiest industries, was a secondary concern.

“The No. 1 objective was to get money out there to shore up the economy,” said Mikal Skuterud, a labour economist at the University of Waterloo.

“To the extent that it didn’t save jobs, but it helped keep some companies afloat — I don’t think that’s something that should be criticized.”

But as the health crisis wears on, the limitations of the CEWS program have become more apparent.

And while policy experts have lauded reforms the Liberals have made to the program along the way, they say it is ill-equipped to heal the scars the pandemic is leaving on the labour market.

Jennifer Robson, a professor of public policy at Carleton University in Ottawa, says there are several looming issues that keep her up at night, and which will need a different policy response.

Reyes, meanwhile, was hired back by GDI at the end of September to disinfect offices in the Eaton Centre, but was warned the job was only temporary.

“We’re doing our best to protect all the tenants at the offices. We’re working, we’re working like a horse, just for $15. 30,” she said.

Informed that GDI’s had tripled its profits so far this year, Reyes said: “I didn’t know. My God.”