Why is Costa leaving Chelsea? 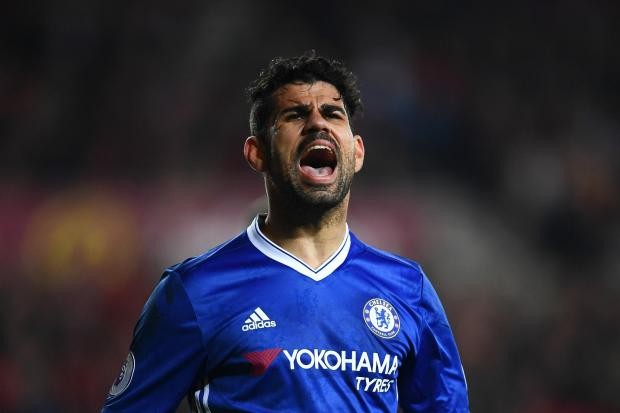 Could Romelu Lukaku be the reason Chelsea are happy for Diego Costa to go?

Diego Costa is not wanted at Chelsea but why is Antonio Conte now looking elsewhere? Adam Bate assesses the situation…

“I’m a Chelsea player, but they do not want me there,” said Diego Costa.

“Antonio Conte has told me by message. Conte said he did not count on me for next season. It’s a shame, I’ve already forwarded the message to Chelsea people to decide. But it is clear that the coach does not count on me and does not want me there. You have to find a team.”

Diego Costa has revealed that Antonio Conte has told him that he does not feature in his plans for Chelsea.

So why does the Chelsea manager want to move his top scorer on?

Taken in isolation, the Spain international would appear to be the victim of the situation – discarded by a ruthless manager after having fired his team to the Premier League title. Of course, the details are rather different. Issues between Costa and Conte date back to soon after the Italian was appointed with speculation raging about a return to Atletico Madrid.

“I can say that today Costa is a Chelsea player,” Conte told reporters back in July of last year. “But I can say only this. I speak only for today and today Costa is Chelsea’s player. Tomorrow if you ask me if Costa will remain with us, I don’t know.”

With Costa’s future at Chelsea in doubt, here’s a look at how key he has been

Costa’s exit was averted at that time and the player began the season by scoring Chelsea’s late winner on the opening weekend against West Ham. But with the team top of the table in January, the problem reared its head again with the explosive forward missing a game at Leicester following a row with the club’s fitness coach. Chelsea won 3-0 nevertheless.

The result strengthened Conte’s position but the prospect of losing Costa was still a problem. Reports of an imminent £80m bid from Chinese club Tianjin Quanjian – and the vast pay rise that such a transfer would entail – appeared to have unsettled the striker.

The case for Costa

Ultimately, the deal did not go through. What’s more, Costa was rehabilitated far quicker than many had anticipated, returning to the Premier League starting line-up the following week. He even scored the opening goal of the game in Chelsea’s 2-0 win over Hull. 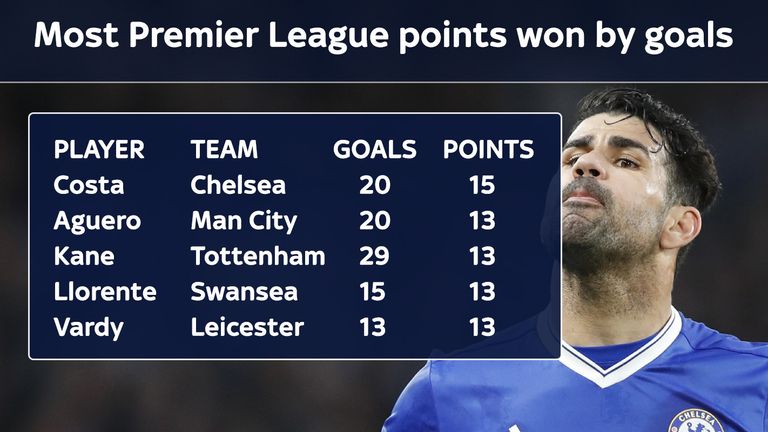 Costa finished the campaign with 20 goals in 35 league games with further efforts against West Ham and Southampton securing the points for his team. Indeed, despite Harry Kane netting nine more than him in total, Costa’s goals directly resulted in more points than anyone else, underlining his importance to his team’s title win.

It was Costa’s second Premier League winners’ medal in his three seasons at Chelsea. N’Golo Kante was the driving force in midfield. Eden Hazard provided the creative spark. But Costa was the pivot in attack and it is not easy to replace a player of such importance. 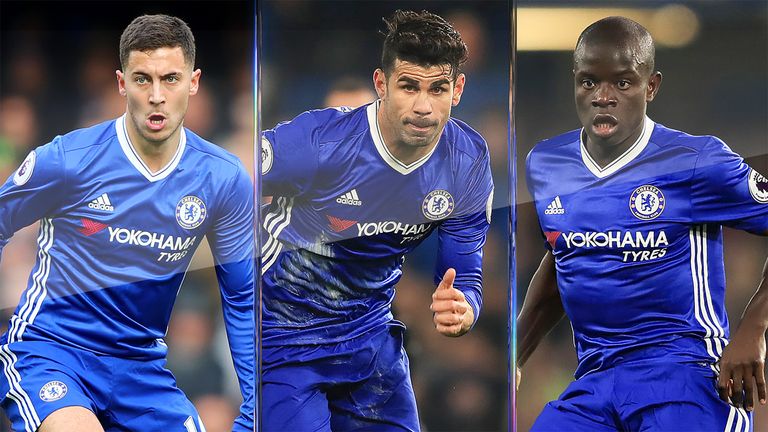 However, who can blame Conte for seeking out an alternative? Costa’s future has been a recurring issue throughout his time at Chelsea and so the manager has long been forced to contemplate life after the forward. Conte did well to resolve the situation in January. But that does not mean he can risk next season being destabilised by Costa’s antics once again.

The player turns 29 in October. Not old. But old enough to see the value in integrating a younger forward. This time last season, Conte was in France trying to win Euro 2016 for his country. For the first time in his Chelsea reign, he has some time to sculpt the team for the future. In doing so, it is natural that he does so with players he knows he can rely upon.

So what happens next? Costa has been open about his desire to return to Atletico Madrid but that transfer could well be scuppered even if Diego Simeone does want him. Atletico’s transfer ban is in place until the winter. A move there would be a gamble in World Cup year.

“It would be nice to return to Atletico,” said Costa this week, “but it is difficult to be four to five months without playing. I do not know, it’s complicated. But people know that I love Atletico a lot and that I love living in Madrid.” AC Milan might be a viable alternative.

AC Milan are in talks with Diego Costa’s agent about a deal for the Chelsea striker, according to Sky sources.

From Chelsea’s point of view, Romelu Lukaku would appear to be the favoured option. The Belgian outscored Costa last season and has actually done so over the course of the Chelsea striker’s entire three years in England. Lukaku has proven he can do it in the Premier League and has unfinished business at Stamford Bridge.

However, questions remain over Lukaku’s willingness to work the channels, defend from the front and hold the ball up to bring others into play. Even Everton manager Ronald Koeman appears to have had his reservations. So can Lukaku really give Chelsea everything they need?

That remains to be seen and Conte knows replacing Costa is a challenge. But it’s one that the Chelsea coach is being proactive in addressing rather than waiting for the problem to flare up at a time of the player’s choosing. It’s a brave call. It might also be the right one.