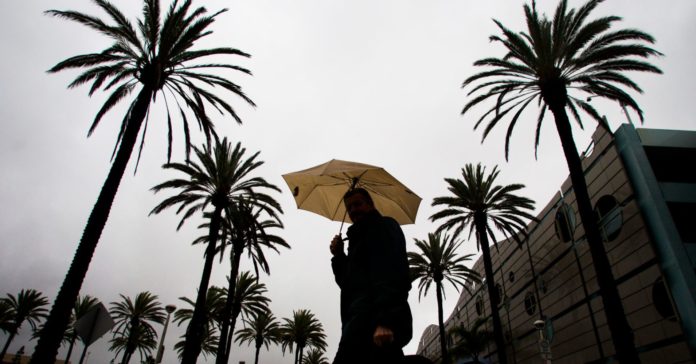 That’s because the state’s top 1 percent of personal income tax earners — roughly 164,000 tax returns — generate about half of the personal income taxes in California. A good chunk of the income from the wealthy comes from capital gains and stock options from companies in tech and other industries, meaning that even small changes in the financial markets can cause big swings either way in terms of the state’s collected revenues.

The downturn in the stock market comes as outgoing Gov. Jerry Brown is about to leave the state with a surplus, but it may not be enough to weather a major downturn. Gov.-elect Gavin Newsom has expressed interest in overhauling the state’s tax system to make it less dependent on high-income earners.

The stock market is on track to show its worst December ever, coming after the Dow Jones Industrial Average dropped more than 650 points on Christmas Eve. The Dow’s decline of 2.9 percent came as the more broadly based S&P 500 went into “bear market” territory on Monday, or a drop of 20 percent or more from its 52-week high. The S&P is on pace for its worst December since the Great Depression.

The Nasdaq Composite Index, meantime, went into a bear market last Friday, marking the first time it has done so since 2008. Given California’s significant exposure to high tech employment in the state’s Silicon Valley region the decline in the Nasdaq could be of particular concern.

California missed its state revenue projections in October of this year by 6 percent, or more than $412 million, when the S&P 500 fell almost 7 percent and the Nasdaq sank 11 percent — its worst monthly decline since the 2008 recession. The state’s personal income tax receipts came in 8.4 percent less than expected that month.

For California, the bear market could prove especially painful if it’s long lasting and also potentially force a revision in the state’s budget plans. The state’s finances took a big hit during the 2008-2009 Great Recession and led to large deficits that led to major spending cuts and an increase in taxes on the wealthy.

A forecast by the state estimates personal income tax collections in fiscal 2018-19 will account for nearly 70 percent of the state’s total general fund revenues and transfers. Sales taxes are expected to represent roughly 20 percent and corporate taxes another 8 percent, with the rest coming from other taxes.

A state report in March from the non-partisan Legislative Analyst’s Office pointed out that California’s “revenues fluctuate in response to underlying changes in the economy and stock market more than most other states.”

During the dot-com bust of the early 2000s, the LAO said the downturn led to losses in revenue by the state of over $80 billion. There are no indications that California is entering a recession, but the LAO report said even a “mild recession might result in a $20 billion budget problem.”