Why Canada’s seniors need the coronavirus vaccine so urgently 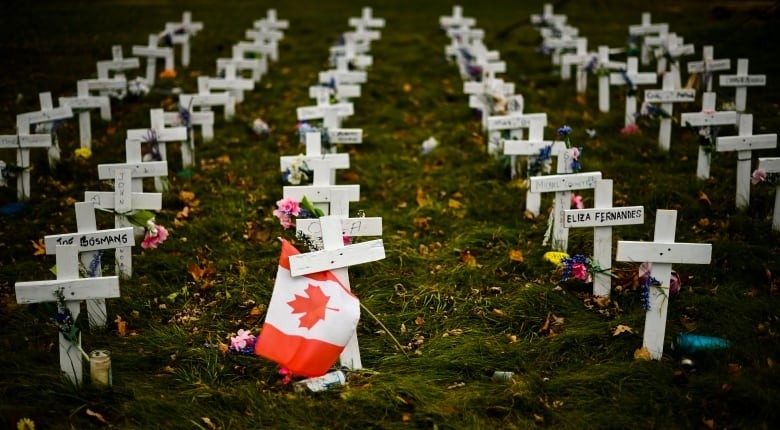 The rising number of people testing positive for COVID-19 in Canada, coupled with the new threat from mutant variants, makes it more urgent to vaccinate our oldest and most vulnerable, experts say.

Vaccine supplies are now coming into Canada, and doctors say we need to get them into many more arms. Prime Minister Justin Trudeau said he plans to raise accelerating vaccine rollout with provincial and territorial leaders on Thursday.

More than 70 per cent of COVID-19 deaths in Canada have been among those aged 80 and older, according to an epidemiology update by the federal government. In Ontario, the province reported more than 2,700 pandemic-related deaths in long-term care homes as of Dec. 30.

Dr. Cara Tannenbaum, a professor in the faculty of medicine at the University of Montreal, usually treats outpatients as a geriatrician at Montreal’s geriatrics research institute. But during the spring wave of COVID-19, she joined the front lines at one of the city’s hardest-hit nursing homes.

“It was equally tragic and frustrating,” Tannenbaum recalled. “We had 150 deaths in our centre. Our seniors were isolated, depressed, dying.”

The “bodies in the hall,” she said, were grim proof that the oldest have borne the brunt of the coronavirus.

And now Tannenbaum faces a hospital at capacity, which means there won’t be staffed beds available for more patients sick with COVID-19 and other illnesses — a reality that makes vaccinations all the more pressing.

“I’d be happy to get in my car and start driving around vaccinating older adults if asked to do that by the government. That’s how seriously I think it’s needed,” Tannenbaum said. “But of course, I can’t do that because I don’t have a –80 degree freezer [needed for Pfizer-BioNtech’s vaccine], so it has to be more co-ordinated.”

To Tannenbaum, there’s a path forward to get more shots into arms more quickly.

Israel offers a role model. The country has vaccinated more than a quarter of its seniors, a feat credited in part to its small size, dense population and centralized medical services.

Canada’s COVID-19 vaccine rollout has gotten off to a sluggish start, but there could be lessons to learn from countries such as Israel, which has vaccination clinics operating around the clock. 3:11

“We could do this with army-like efficiency if we got organized,” Tannenbaum said.

Tannebaum said she’s concerned not only about residents in long-term care facilities but also about some older adults who live independently in the community and are now isolated.

The first step, she said, is to make lists of those who receive home care or who needed help getting groceries delivered to them in the spring.

She suggests that pharmacies could compile such lists from their clientele, given that nine out of 10 seniors take prescription medications, and pharmacies may be physically closer than a doctor’s office.

The second part is facilitating delivery of vaccines into arms. If mobile vaccination isn’t available, working-age adults could volunteer to drive seniors to the locations where the shots are given by health-care workers, Tannenbaum said.

People 60 years of age and older are also a priority for receiving the vaccine in a computer model developed by epidemiologists Madhur Anand and Chris Bauch’s that still needs to be checked for errors before publication.

Anand said what makes their model unique is the way it includes elements of game theory on how people interact in a group.

“Any interventions — whether it’s wearing a mask, keeping your contacts to an absolute minimum and getting the vaccine when it is offered to you — are all protecting not just you but everybody else in your community,” she said.

Anand acknowledged that lesson is easy to forget because everyone faces so many other competing problems during the pandemic.

But to eliminate COVID-19, the public health measures “are essential, and it’s something that absolutely can be done at the individual level,” she said.

Anand and Bauch adapted the susceptible-infected-recovered (SIR) modelling approach to vaccination to protect against COVID-19. (Susceptible refers to the group of people who haven’t gotten the disease before and can now get sick; infected includes those who are sick now; and recovered includes those who’ve recovered from the illness.)

“We talk about pandemic waves,” Bauch said. “These are like ocean waves that expand and move past you. These are kind of waves of our own creation that will continue to move through populations as long as there are susceptibilities and as long as our infection control doesn’t work as well as it could.”

The mathematical reality behind the model adds to what Bauch called the “ground truth” that the virus will continue its insidious spread as long as there are more people susceptible to infection — unless stopped in its tracks by vaccination.