Why are Canadians’ cellphone bills higher than other countries? 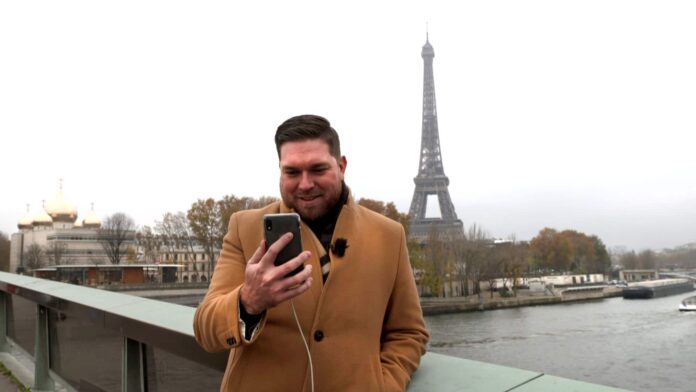 Despite government promises to lower the cost of mobile wireless plans and efforts to promote more competition in the market, many Canadians feel they’re paying too much with few options for getting better rates. And with Rogers Communications set to close the deal on its acquisition of Shaw Communications (pending an appeal) by the end of the month, the market only seems to be getting smaller.

But the industry will tell a different story: that of a market with fierce or at least adequate competition, and companies providing Canadians with rates comparable to the rest of the world despite extraordinary challenges.

A Marketplace investigation into the cost of telecom services in Canada has found that many of the oft-quoted industry explanations for high wireless prices — costly operating margins and a sparse Canadian population, for example — are insufficient to explain lower prices found in other countries and even between some provinces.

“I’m a snowbird, and [when] I get my service in Mexico from Telcel it costs 200 pesos, which is about $14 a month Canadian,” said Quebecer Cam Moody. Moody, like many Canadian travellers, is fed up with coming home from travelling to higher prices for wireless services than he sees in other countries.

“I get three gigs of data and I get calling to Mexico, Canada and the United States. Why is Canada so expensive?” he said.

Canadian prices still among highest in the world

Rewheel, an independent telecom research firm based in Finland, publishes reports on the mobile data pricing across 50 countries worldwide twice a year. Its latest, published in May of last year, once again ranked Canada among the most expensive countries for wireless rates. 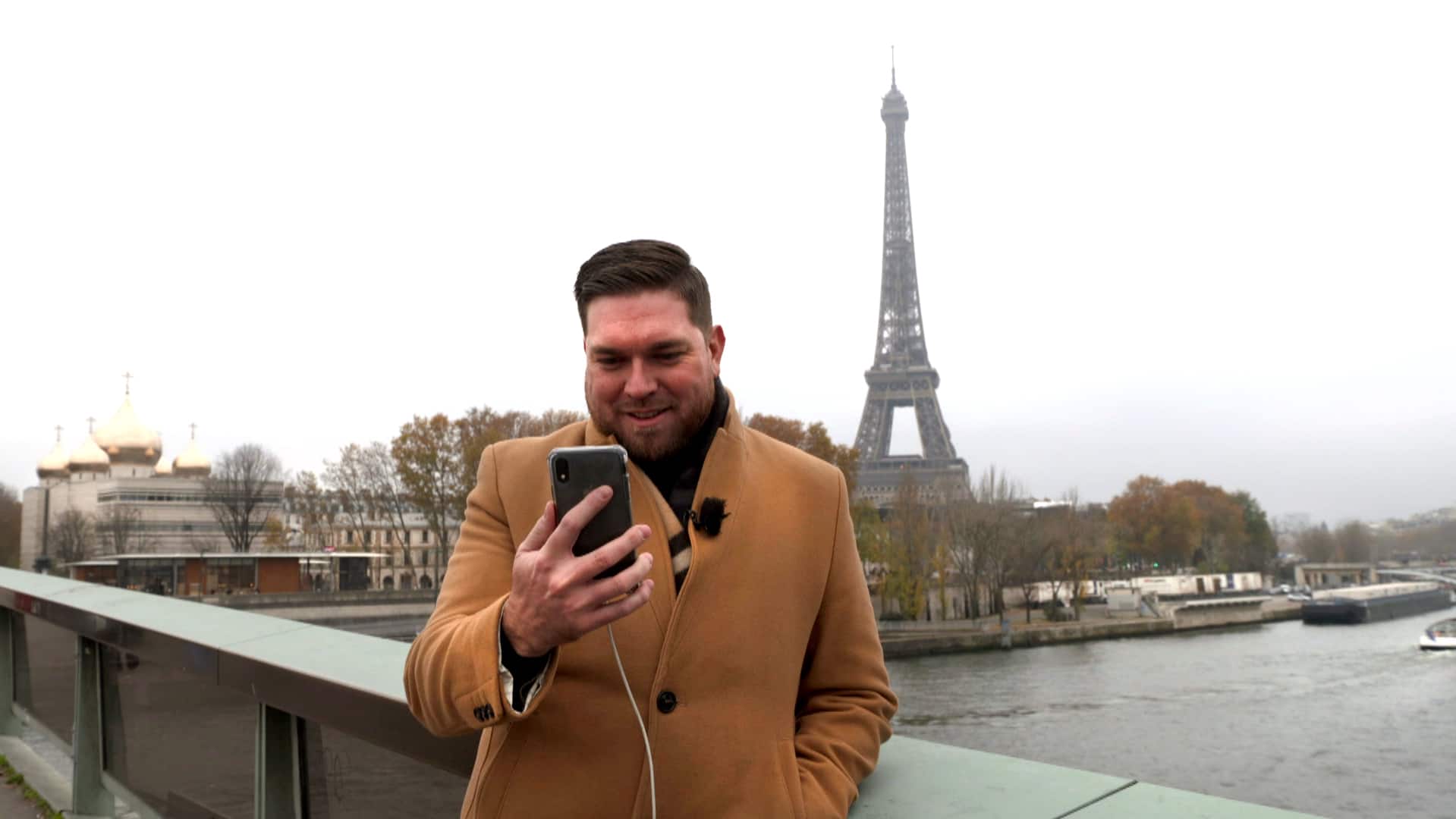 “Canada didn’t used to be one of the most expensive countries when I started measuring about 10 years ago,” said Antonios Drossos, managing partner and researcher at Rewheel. He says that although prices have been falling in Canada, they have been falling much slower than most other countries.

Price-per-gigabyte isn’t the only measure to compare wireless affordability across countries. Several academics in Canada and around the world have measured the cost of mobile data usage using different methodologies and datasets, but any way you slice it, Canada nearly always comes out among the most expensive.

In fact, the Canadian Radio-Television and Telecommunications Commission (CRTC) in its 2021 review of mobile wireless services in Canada found that the only report that didn’t find Canada more expensive (submitted to the regulator by Telus) was flawed because it “artificially lowered the average price” by excluding many types of plans from the analysis.

The federal government tried to tackle mobile data pricing in 2020 when then-Minister of Innovation Navdeep Bains demanded that companies lower the costs of their low-data plans by at least 25 per cent, or face more industry regulation. The ministry says the companies have achieved those reductions.

However, critics say the government needs to do more if it wants the industry to stop overcharging Canadians.

“The only thing that makes economic sense when you have three players [each] having around one third of the market is to maintain the price levels at the same levels or even try to increase it,” Drossos said.

“When a new operator comes into the market and you’re starting from zero and want to build a 15-20 per cent market share … you have to do something different to get those customers in.”

Drossos says he has watched prices plummet in several markets around the world with just one so-called maverick disruptor entering the market with a way lower price and shaking up the status quo.

Francois-Phillipe Champagne, the minister of Innovation, Science and Industry who is responsible for overseeing the CRTC and the telecommunications industry, would not sit down for an interview with Marketplace, but said in a statement that his ministry is “committed to continue doing everything [it] can to make life more affordable for Canadians.”

Big three own much of budget competition

When it comes to the competitive landscape in Canada, most Canadians do have more than one option when choosing their wireless provider, and perhaps even a budget-friendly value brand. But Rogers, Bell or Telus actually own many of those value brands.

Marketplace found that in provinces where there is an additional major regional competitor that wasn’t owned by Rogers, Telus or Bell (or had only recently been acquired), prices offered by the big three were cheaper.

Each of the big three’s websites for Saskatchewan and Manitoba show at least a $10 reduction compared to the same plans offered in Ontario or British Columbia. Crown corporation Sasktel is a major competitor in Saskatchewan, and MTS was, until recently, a major independent competitor driving down prices in Manitoba. (Bell acquired MTS in 2017.)

In Quebec, where Videotron is a major player, the websites also show more options, including budget options with lower gigabyte allowances.

The Competition Bureau conducted an in-depth review of the Bell-MTS acquisition in 2017 and found mobile wireless pricing in Saskatchewan, Thunder Bay, Quebec and Manitoba — all areas that had a strong regional competitor — was substantially lower than in the rest of Canada, where “co-ordinated behaviour among Bell, Telus and Rogers” causes mobile wireless prices to be higher.

In France, the prices have been low for decades and experts say that’s because they have had healthy competition for many years. Ireland, however, had prices similar to Canada prior to 2014, when new competitors entered the market and drove prices down drastically. Rewheel’s research shows that since these maverick companies launched in Ireland, the minimum monthly price for a 10+ gigabyte smartphone plan has dropped by 86 per cent.

“I can bring some true independent competition into the marketplace … that was the thesis of starting Wind,” said Anthony Lacavera, founder and former CEO of Wind Mobile, which he launched in 2008.

The federal government had just decided that measures needed to be taken to enhance competition in the wireless market, and set up policies requiring existing companies to share towers with new entrants and allow them to roam on their networks. This would mean new companies could offer national service coverage as soon as they launched.

Lacavera wanted to be Canada’s disruptor, and he succeeded — for a time — offering lower prices than the incumbents. Unlike the big three, his business was focused solely on mobile wireless rather than legacy cable, landline and home internet bundles.

“That was a real threat to Bell, Telus and Rogers and so they went to the wall with the government, lobbying against our entry into the market,” said Lacavera. “I underestimated what a hurricane I was going to be going up against.”

The big three, he says, fought to keep Wind out from the start, arguing that Lacavera had too much foreign investment, which delayed Wind’s entry into the market by over a year.

The next hurdle was trying to ensure his subscribers had access to data roaming. CRTC found Rogers charged Wind “many times more” to roam on its network than the price it offered its customers or other mobile carriers, including carriers based in the U.S.

“Of course we were not able to offer roaming to Canadians,” said Lacavera.

Even though the legislation was also supposed to allow new competitors to share incumbents’ towers, he found he had to build new ones, often right beside the existing towers.

“We built 1,564 cell sites,” said Lacavera. “We shared one tower successfully, over that entire time.”

Eventually, he said, the pressure from the incumbents became too much.

Bell, Telus and Rogers would not do an on-camera interview with Marketplace when asked for comment about pricing, as well as competitive tactics. Rogers noted that prices have come down over the past six years, and both Rogers and Bell deferred to the Canadian Wireless Telecommunications Association (CWTA) for comment.

The CWTA told Marketplace in a statement that it “simply costs more to operate wireless networks in Canada than most other countries,” noting that Canada has a relatively small population density that makes it harder to recover costs.

Meanwhile, the industry’s profitability margin (earnings before interest, taxes, depreciation and amelioration) is higher than that of its international peers.

“There is underlying economics that justify somewhat higher prices in Canada,” said Ben Klass, a researcher with the Canadian Media Concentration Project and a PhD candidate at Carleton University. But he says companies in Canada go too far.

“Countries that have similarly low population density such as the Scandinavian countries and in particular Australia … despite having those similar economics, the similarly situated countries nevertheless are offering service for substantially less, or for significantly better amounts of data,” he said.

Klass says the Australian government has taken steps to ensure the market is more competitive, like allowing foreign-owned companies to enter the market.

“While they’re not like directly regulating the price of mobile service that people pay there, I think they’ve taken measures that have ensured that the marketplace remains more dynamic than it is here,” he said.

Klass says Canada is at an “inflection point,” and the government needs to renew its commitment to encouraging competition in the industry, or make drastic legislative changes to reel in a more monopolistic one.

Lacavera says despite the challenges he faced competing in the industry, he wants back in it.

“The regulations as they sit today on paper look pretty good … but it’s a question of enforcement of these regulations,” he said.

Lacavera recently bid to buy back his old company, which is now Freedom Mobile and is owned by Shaw. Freedom however, will likely go to Quebec-based company Videotron as part of the Rogers deal to purchase Shaw, which could be done by Jan. 31 if the Competition Bureau’s appeal of the Competition Tribunal’s decision to green-light the merger is unsuccessful.

Klass says that although the Competition Bureau may lose its battle to block the merger, he’s hopeful that the ordeal will influence the consultation on the future of competition policy in Canada that Minister Champagne launched in November.

“I’m kind of hoping here that out of [the tribunal’s] bad decision we might get some progressive reform in the broader system,” he said.