WhatsApp App’s ‘Unsend’ function guarantees no recall of that drunken text sent to your boss Whatsapp is testing an ‘unsend’ feature which will help you wipe out messages you send deliberately or by mistake. 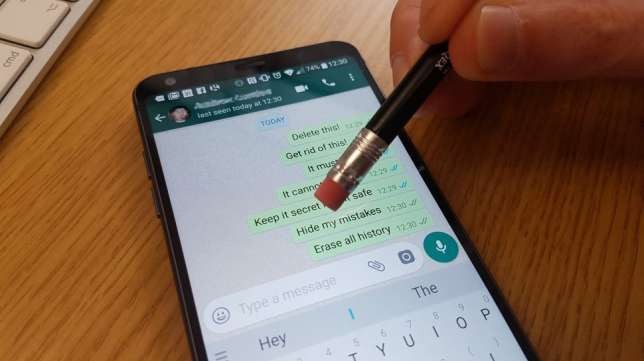 Instant messaging app, Whatsapp is currently testing an ‘unsend’ feature which will help users to get rid of messages sent either by mistake or deliberately.

The feature is also referred to as ‘delete for everyone,’ which means that those nasty words you sent in the heat of anger to your girlfriend can be deleted from her Whatsapp timeline using ‘unsend’ button.

This information was divulged by serial Whatsapp leaker WABetaInfo in a series of tweets on its official twitter handle. 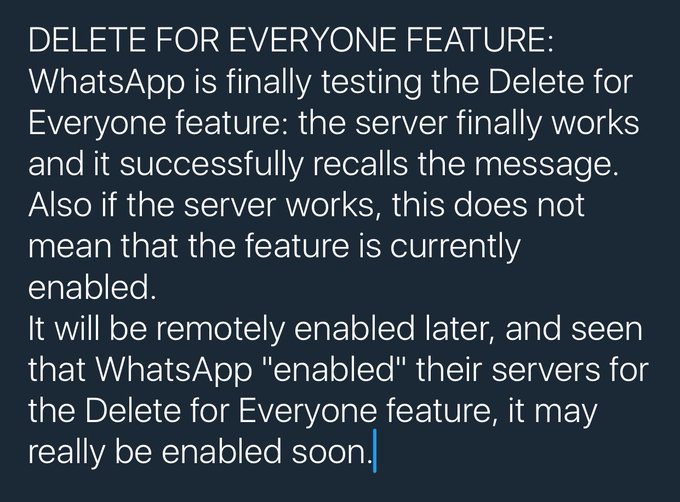 DELETE FOR EVERYONE NEWS!
[AVAILABLE SOON!]

According to WABetaInfo, Whatsapp is experimenting with the new feature on Android and iOS devices. The feature is said to be functioning successful thus far. With ‘Unsend’, you’ll be able to delete messages of up to seven minutes after you sent them, which gets them removed from group chats and one-on-one conversations.

‘Recall’ or ‘unsend’ message feature have been in many social apps like WeChat, ViberandTelegram. However, unlike these apps, Whatsapp is topping it up as un-sent messages will be wiped out from the notification centre, according to a screenshot by WABetaInfo. 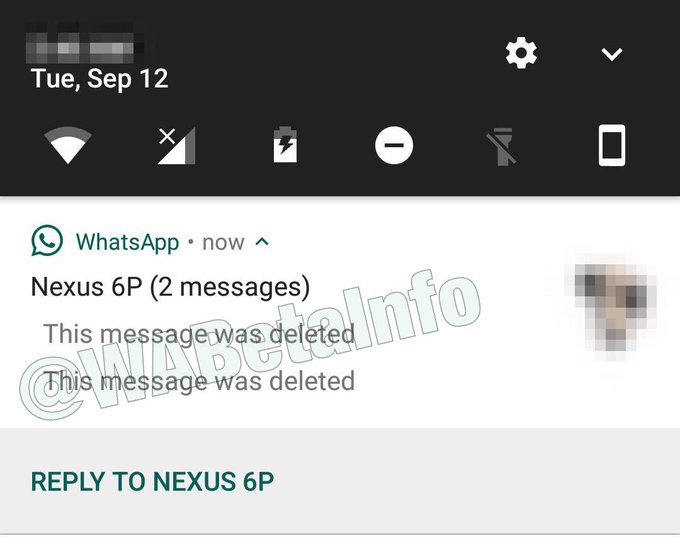 WhatsApp for Android: when the sender deletes the message for everyone, it will be updated in the Notification Center too [AVAILABLE SOON]

According to the Next Web, the sender and receiver  will need the latest Whatsapp version for the feature to work.

So this might be good news for alcohol-influenced texts or texts sent in the heat of anger to be recalled though there are no guarantees.

Whatsapp does warn that a recipient may be able to see your message in his notification.

P.S Whatsapp will not notify you if the ‘Unsend’ functionality fails to work at any point in time.