What’s on your mind, Canada? Your MP wants to know 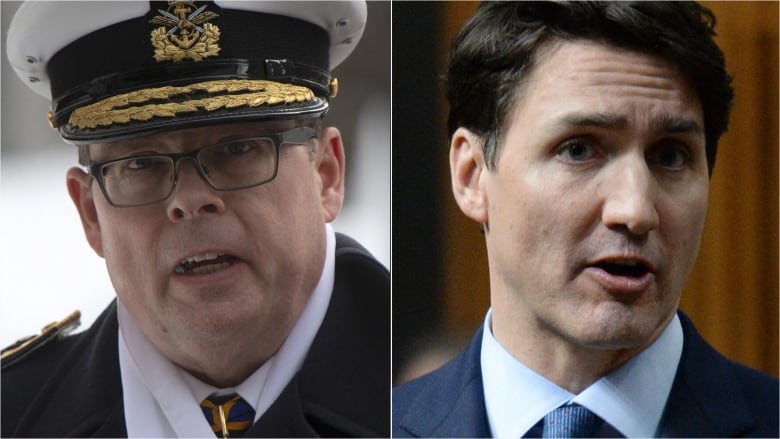 NDP Leader Jagmeet Singh, right, talks with Adrienne Vawda as she holds her daughter Anika Vawda, 1, while door-knocking for his byelection campaign in Burnaby, B.C., on Saturday January 12, 2019. Federal byelections will be held on Feb. 25 in three vacant ridings – Burnaby South, where Singh is hoping to win a seat in the House of Commons, the Ontario riding of York-Simcoe and Montreal’s Outremont. (Darryl Dyck/THE CANADIAN PRESS)

The 2019 election campaign is already underway – the CBC News Canada Votes newsletter is your weekly tip-sheet as we count down to Oct. 21.

Reading this online? Sign-up for the newsletter and receive it every Sunday.

What’s on your mind, Canada? Your MP wants to know

Welcome to ‘break week’ — that magical time in spring when MPs of all stripes head back to their ridings to touch base with their constituents and find out what they’re thinking.

The coming week isn’t really a “break,” then. More like a working holiday. It’s actually a very useful ritual for politicians, especially as they head into an election.

When you’re in politics, one of the hardest things to do is nail down the issues and/or scandals that actually matter to people — those humans living outside the Ottawa bubble who engage with politics only occasionally, during elections. That’s what break week is for.

Case in point: when the SNC-Lavalin scandal broke, some Liberal MPs insisted it was a “bubble” story — that nobody outside of the four-block radius surrounding Parliament Hill knew or cared about it. After spending a week back in their ridings, those MPs stopped saying that, because it wasn’t true.

So what will MPs be hearing from their constituents over the coming week? This break week is especially important because it’s the last one before the House of Commons returns for its final stretch before the election.

Back in their ridings, Liberal MPs will surely want to talk up the deal reached with U.S. President Donald Trump on removing those pesky steel tariffs — and who can blame them? Trump slapped those tariffs on Canadian steel and aluminum imports nearly a year ago, using the spurious excuse of a threat to national security. Getting them removed without agreeing to impose quotas on Canadian exports is a clear win for Prime Minister Justin Trudeau and his government.

It will be interesting to see how the Liberals navigate the issue of economic anxiety (the topic of last week’s piece) and what they hear from constituents about it. They have a good message to deliver to constituents: the job numbers are very positive and this tariff deal removes a dark cloud hanging over the economy. But do people feel better off? 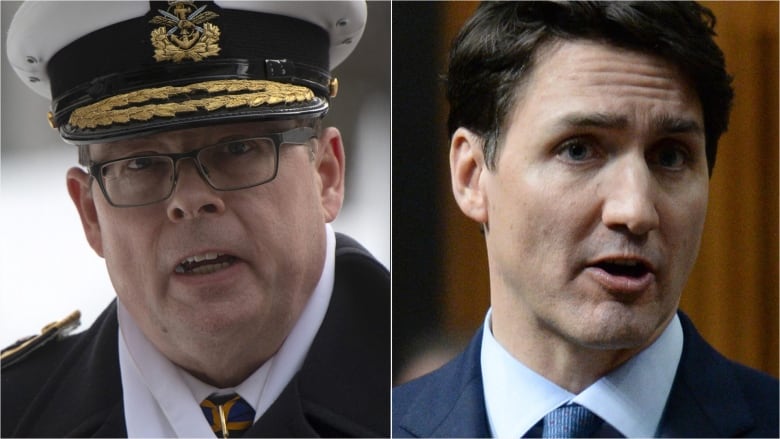 They’ll also find out if the collapse of the criminal case against Vice Admiral Mark Norman — specifically, the accusations of political interference in the case — carries any weight with voters. Will it add to the damage done to the Liberal brand by the SNC-Lavalin affair? Or are Canadians outside of Ottawa tuning this one out?

The Conservatives will use this week to test the economic pitch they made late last week. Their basic message — “We’ll live within our means, the Liberals won’t” — lacked details. When would a Prime Minister Andrew Scheer balance the budget, and what would it take to get there?

That question of budgetary balance could become a particularly interesting ballot issue in the 905 region, the suburbs that surround Toronto. The Conservatives are laser-focused on picking up seats in that area, but lately Ontarians have been getting an up-close look at budget cuts courtesy of the Progressive Conservative government of Premier Doug Ford, which has been cutting funding for a wide range of services and initiatives, from public health to libraries to stem cell research.

MPs also will certainly hear a lot about things that matter most at a local level. The point of break week is to have the conversations with constituents that tell you why they’re voting, not just how. Because at the end of the day, elections are all about people (The real ones, not the ones in Ottawa.)

Have a question about the October election? About where the federal parties stand on a particular issue? Or about the facts of a key controversy on the federal scene? Email us your questions and we’ll answer one in the next Canada Votes newsletter. Scroll down to see the answer to this week’s question.

The Liberals will promote their successful management of NAFTA and diplomatic relations with the U.S., including the move to lift year-long tariffs on aluminum and steel. They also will continue to contrast their unequivocal defence of women’s right to choose with the dozen Conservative MPs who recently attended an anti-choice rally.

The Conservatives will follow up on Andrew Scheer’s economic policy speech by unveiling further policy detail and substantive ideas that together will compose Scheer’s vision for Canada. The message will be that while the Liberals see our natural resources as a way to divide the country, Conservatives view them as an opportunity to unite around shared prosperity.

New Democrats were first to raise global warming in Parliament decades ago. And Jack Layton united people behind his landmark climate bill, the world’s first of its kind. Jagmeet Singh is continuing to engage Canadians behind a bold vision of climate and social justice, where no one is left behind

Liberals are breathing a sigh of relief this weekend after they narrowly avoided losing one of their last remaining premiers in Thursday’s provincial election in Newfoundland and Labrador.

But they aren’t the only ones feeling relieved. At risk of being wiped off the electoral map, the New Democrats instead managed to make a gain of one seat and now hold three in Newfoundland’s House of Assembly.

That doesn’t mean that things are going well for the NDP in Atlantic Canada, however.

The Poll Tracker puts the federal New Democrats at 14.9 per cent in the region, just 1.7 percentage points over the Greens, for third place.

The Greens already have overtaken the NDP in provincial legislatures. There are now 11 Green MLAs across Atlantic Canada (in Prince Edward Island and New Brunswick), compared to just nine NDP legislators (in Nova Scotia and N.L.).

This is a problem for NDP Leader Jagmeet Singh because he is failing to seize the opportunity presented by the collapse of Liberal support in Atlantic Canada.

That Liberal dive might result in NDP gains by default in seats like Halifax, Acadie–Bathurst and St. John’s East, particularly if former NDP MP Jack Harris runs there as a candidate again. But even those seats will be tough to win if the New Democrats can’t win more votes than they did four years ago — and the party needs every seat it can get.

Tap here to go to the full poll tracker 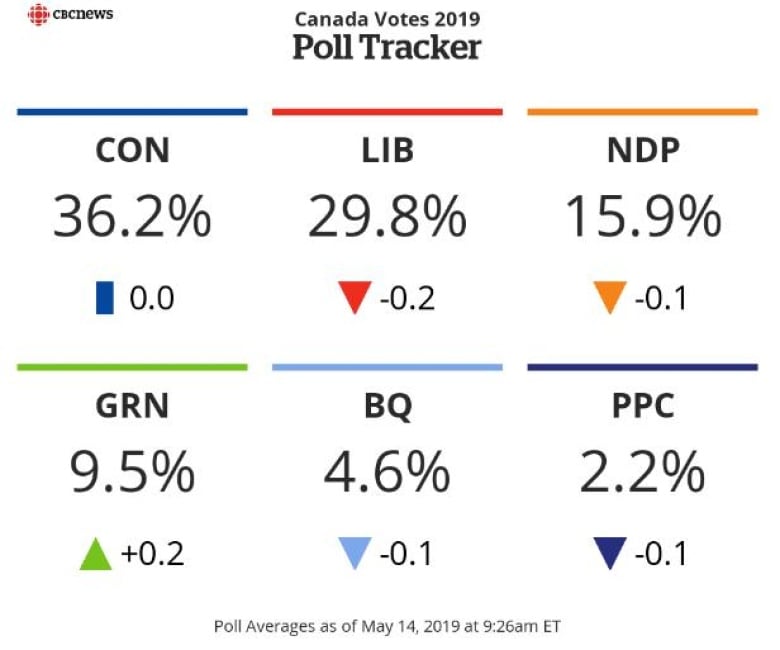 @Jenn_Pastrak on Twitter asked: “Is there any possibility that Canada benefits from a trade war between China and the US, or will it inevitably hurt us?”

In a roundabout way, the benefits started this weekend. With a successful negotiation to end steel and aluminum tariffs on Canadian and Mexican imports, the U.S. has backed off fighting its NAFTA partners to re-focus on the main front of its economic hostilities: China.

The terms of Friday’s deal line Canada up with Team USA in its battle to block foreign steel from North American supply chains.In an alternate universe – one where the arrest of a Huawei executive in Vancouver didn’t rip apart the fragile bridges between Ottawa and Beijing – Canada may have been better positioned to capitalize on China’s intensifying campaign to stop buying American. But, as Canadian canola farmers can attest, these are not happy times.

Nor are they completely hopeless. Ever-pragmatic, China hasn’t backed off buying the natural resources it needs, like oil. The Chinese also have a taste for things like Canada’s lobster. Nova Scotia Premier Stephen McNeil’s recent trip focused on keeping that market open, despite other tensions. Brian Kingston from the Business Council of Canada said his early look at China’s retaliatory tariff list suggested a few Canadian products could find an opening to substitute for now-unfashionable U.S. imports: perhaps chemical products, or some kinds of machinery and equipment.

However, the negatives likely outweigh the positives – especially for farm exports, where new market opportunities in China at best only offset the damage of the U.S.-induced plunge in commodity prices. Carleton University’s Meredith Lilly is unconvinced that eating the Americans’ lunch is a positive long-term trade strategy for Canada anyway. Replacing U.S. products in trade with China could bring short-term sales, she said, but it’s fundamentally unstable. Canada needs to invest in trading relationships that last. Will Canadian businesses want to assume the risk of expanding into China right now? Mark Agnew from the Canadian Chamber of Commerce hears caution from his members. China’s market size remains attractive, but the state’s arbitrary decision-making is a big yellow flag.

The overall economic impact of the first year or two of this U.S.-China trade war could be a bit of a wash, Brett House of Scotiabank Economics said, thanks in part to the strong U.S. dollar easing the inflationary pressure on import prices. But if the Trump administration forces changes that make North America’s integrated supply chains more expensive – ending the use of cheap labour, for example – that’s bad news for the NAFTA zone’s long-term competitiveness.  Kristin Dziczek from the Michigan-based Center for Automotive Research has been adding up the newest round of tariffs on Chinese components and said it will be very difficult to dodge significant new costs per vehicle, even in Canadian or Mexican assembly plants. Production is simply too integrated, and automakers haven’t stockpiled pre-tariff parts on spec – they use just-in-time inventory.

Have a question about the October election? About where the federal parties stand on a particular issue? Or about the facts of a key controversy on the federal scene? Email us your questions and we’ll answer one in the next Canada Votes newsletter.

Texts, ads and leaders: How party strategists work to get their message out  CBC Radio’s The House, spoke with Liberal Party national director Jeremy Broadhurst, Conservative campaign chair Hamish Marshall and Green Party deputy leader Jo-Ann Roberts about technology, advertising and some of the other methods they’re using ahead of election season.

Thanks for reading. If you’ve got questions, criticisms or story tips, please email us at politics@cbc.ca.

Canada Votes is delivered to your inbox every Sunday.