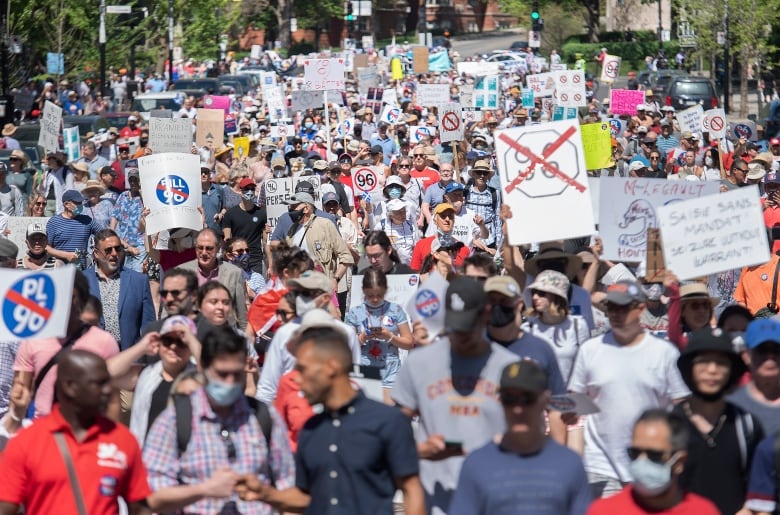 This coming week, Quebec is expected to approve Bill 96, the government’s controversial proposed law to protect the French language in the province.

The bill would reform several pieces of Quebec legislation, including the Charter of the French Language, touching everything from education and health to the rights of immigrants to be served in other languages.

Simon Jolin-Barrette, the minister responsible for the French language, says that since Quebec is a French province, it should use its official language with the public.

“One thing is for sure: if we want to improve the level of French here in Quebec, we need to act first on the state,” he told CBC. “If we want citizens to use more French, the one who is supposed to give that example is the state of Quebec.”

However, the bill has since been criticized on several fronts, including for its use of the notwithstanding clause, which allows a province to override basic freedoms guaranteed by the Canadian Charter of Rights and Freedoms.

Instead of just applying the clause to specific parts of Bill 96, the government has applied the clause to the entire bill, making every aspect of the far-reaching law immune to legal challenges based on the charter.

So what does all of that mean for Quebecers? What exactly is, and isn’t, in Bill 96 — and how will it work in practice? What parts have critics worried? Here’s what we know so far.

The bill will cap how many students can enter English-language colleges, known as CEGEPs.

The number of students in English-language CEGEPs, as a proportion of overall students, can’t be higher than it was the school year before and cannot surpass 17.5 per cent of the overall student population in Quebec.

Once you’re in an English CEGEP, there are new requirements during your studies as well. All students will have to take at least three 45-hour courses in French.

For those with English eligibility, those can be French second-language courses — so, classes that just teach how to speak and write in French.

For those without eligibility, it has to be three courses from your core curriculum. So if you’re studying health sciences, three of your health science courses have to be in French. English eligibility students can also choose to go this route, if they prefer.

Once that’s taken care of, there is one more requirement to graduate. Bill 96 says that a student “who does not have the speaking and writing knowledge of French required” by the government can’t get a diploma.

That means there’s a French exam at the end of CEGEP studies. The exam is the same across the province, regardless of whether or not the student went to an English or French CEGEP, and you need to pass to graduate.

However, those with English eligibility are exempt from taking the exam.

Bill 96 does not change who is eligible for an English education.

Bill 96 does say that government entities must “in an exemplary manner, use the French language, promote its quality, ensure its development in Quebec and protect it.”

But Bill 96 also holds an exception, saying that a language other than French can be used by government agencies “where health, public safety or the principles of natural justice so require.”

However, another section specifies that a government agency also cannot “make systematic use of that other language.”

That’s the part that’s concerned some people. Jolin-Barrette, speaking to CBC News last week, was firm, saying that when it came to accessing health care, nothing would change for English-speakers in the province.

“Everybody who wants to receive health services in English, can receive it,” he said. “If you are an English-speaking Quebecer, or a recent immigrant, or a tourist, you can receive it in English. It was like that before. It’s like that now. And it will be like that in the future, after Bill 96.”

However, Robert Leckey, dean of McGill University’s faculty of law, said it’s unclear when the health-care system will be allowed to apply the exemption.

He explained that for Quebec’s religious symbols bill, Bill 21, the government had specifically outlined that the entirety of the health-care system was exempt from the law.

“They’re clearly choosing not to do that,” he said.

Leckey said that suggests that not everything will be covered by the exemption. What kinds of health care would qualify and what wouldn’t isn’t made explicit in the bill.

He noted that if Bill 96 somehow was shown to infringe on the federal Canada Health Act, which guarantees access to care, the federal law would prevail, but it is unclear if it would come to that point in practice.

Like the health-care system, Bill 96 has an exemption for “natural justice,” and Quebecers have a right to seek justice in the courts in either English or French. That aspect of the law won’t change.

However, how easy it will be to get a judge who speaks English is a whole different matter.

Bill 96 outlines that judges will no longer need to have “a specific level of knowledge of a language other than the official language.”

If both the French language and justice ministers agree, they can choose to put a bilingual requirement in for a prospective judge but only after every other option has been exhausted.

So while the right to be heard in English is still entrenched, the reality of how common it will be to have a bilingual judge going forward has been called into question.

Politicians elected to the National Assembly or made ministers will not be required to have any knowledge of English, either.

Bill 96 also touches on French in the workplace and gives sweeping new powers to Quebec’s language office to investigate businesses suspected of not operating in the province’s official language.

Before Bill 96, only businesses with 50 employees or more had to have a plan to ensure French was the common language of the workplace. That included having a French committee and a certificate from the government validating that the business’s common language is French.

That will now apply to businesses with as few as 25 employees.

Also, employers will not be able to require knowledge of any language other than French while hiring or promoting employees.

The only exception is if the employer can show that another language is necessary for the work and that they “took all reasonable means to avoid imposing such a requirement.”

But constitutional experts are concerned by what could happen when a business is suspected of not being French enough.

Daybreak Montreal12:03What implications does Bill 96 have in the law?

We spoke with Frédéric Bérard, a lawyer and a professor in constitutional law at the Université de Montréal, about Bill 96.

Under Quebec’s Charter of the French Language, inspectors were already allowed to investigate in those cases, including asking to see documents. However, that power was always limited by the Canadian charter, which protects Canadians from unreasonable search and seizure.

Bill 96 not only gives this power to the Office québécois de la langue française (OQLF), but since it invokes the notwithstanding clause, it can override basic freedoms guaranteed by the charter.

“Which means that the ministers or the inspectors can do whatever they like in the regards of a seizure, which is against my conception of the rule of law,” said Frédéric Bérard, a professor in constitutional law at the Université de Montréal.

“It’s certainly not a good feeling to see that it’s so easy for those inspectors to go to your place and seize whatever they like without any judicial authorization.”

Bill 96 significantly affects the lives of newcomers from outside Canada in Quebec.

Under the new rules, refugees and immigrants moving to Quebec will be allowed to get services in English or another language for the six months after their arrival.

After that, all government services will be exclusively in French, unless it falls under one of the exceptions of “health, public safety or the principles of natural justice.”

Those offering services to the new arrivals will have to do so in French.

So, for example, if a government worker was helping an immigrant whose first language is Italian, even if the worker also spoke Italian, the worker would still be obligated to only use French. 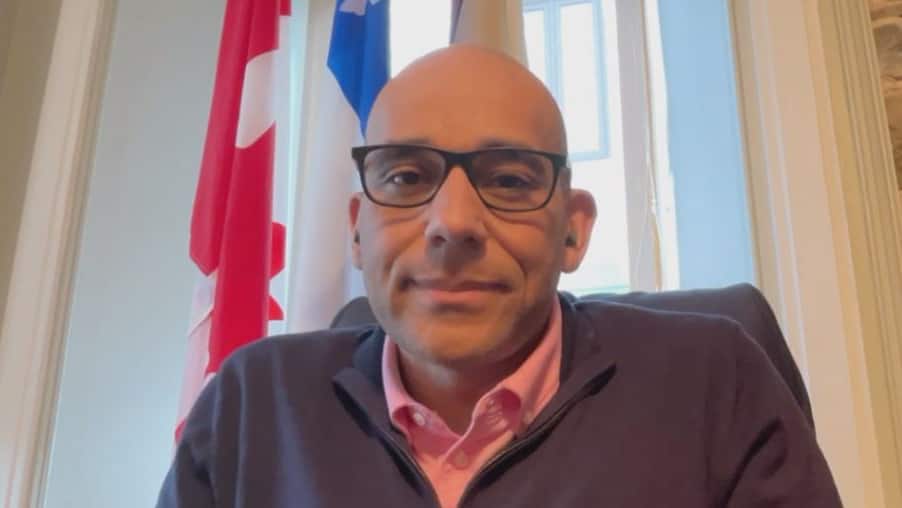 Speaking to CBC’s The Current last week, Christopher Skeete, the parliamentary assistant to the premier for relations with English-speaking Quebecers, said that after six months, newcomers are usually settled enough to start the transition toward French.

Skeete pointed out that in other parts of Canada, from Day 1 “it’s expected that you’re going to be communicating in English with the Canadian government, or the Ontario government.”

“What we’re saying is you actually have the right here, in Quebec, for six months to express yourself in another language.”

Janet Cleveland, who researches the health and well-being of refugees and immigrants at the SHERPA University Institute in Montreal, said what’s fundamental is to have the permission to use other languages.

“Yes, it’s true — in Ontario, there’s no obligation to offer services in languages other than English,” she said. “But there are lots and lots of programs that permit it.”

“What [Bill 96] does is it forbids the use of other languages. That’s the big difference.”