WestJet in the west, Air Canada in the east: Why Canada’s airlines are becoming more regional 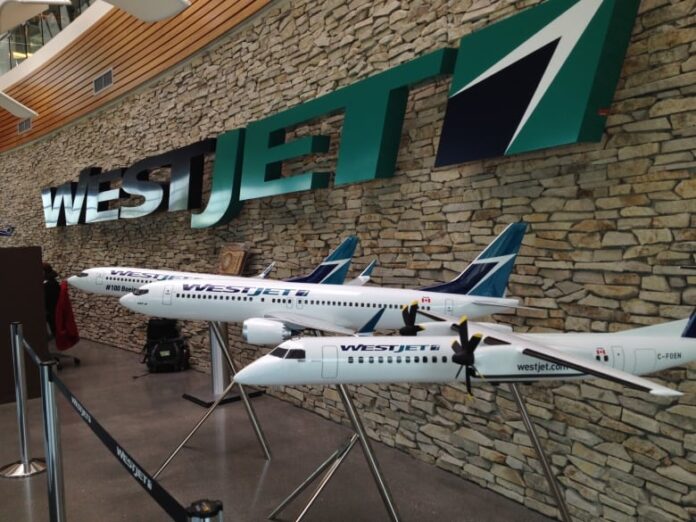 The two dominant national airlines are increasingly focusing less on offering nationwide service and more on their regional strengths as they try to improve their financial performance — and also fend off soaring competition.

Those pressures are why experts say WestJet is focusing heavily on Alberta, while Air Canada is prioritizing markets in the east, such as Toronto, Montreal and Ottawa.

Those strategies are resulting in many service cuts in different parts of the country.

It really is carriers trying to solidify their fiefdom.– John Gradek, McGill University

WestJet has slashed service in Atlantic Canada, Ontario and Quebec, including about an 80 per cent cut in flights between Toronto and Montreal compared to pre-pandemic levels, according to aviation analytics firm Cirium.

Conversely, Air Canada no longer flies out of several smaller airports in Western Canada, in addition to cutting service to larger cities on the prairies. Out of Calgary, the airline does not offer direct flights to Nanaimo, Cranbrook, Kamloops, Castlegar and Victoria in British Columbia, Regina and Saskatoon in Saskatchewan, or Lethbridge and Medicine Hat in Alberta. Air Canada flew those routes in 2019.

“It really is carriers trying to solidify their fiefdom,” said John Gradek, faculty lecturer in the aviation management program at McGill University.

“They’re trying to basically create barriers to entry for other carriers, which is normal in a competitive environment.”

Aviation was one of the hardest-hit sectors when the pandemic began. As travel slowly returns to normal volumes,  the launch of new airlines, such as Lynx and Canada Jetlines, and the growth of smaller carriers, including Flair and Porter, is also impacting the air travel industry.

The smaller airlines often focus on the most profitable routes in the country, which can take a bite out of WestJet and Air Canada’s bottom line.

In 2022, WestJet announced a new strategy, which included a restructuring of its regional fleet to focus on Western Canada and pull back on some routes in other parts of the country. The company is privately owned, so its financial performance is not publicly reported.

In October, Air Canada posted its first operating profit since 2019, as the airline slowly recovers from the pandemic.

“We are continuing to rebuild our business in a prudent way which involved looking at every aspect of our network and deploying our resources efficiently and where they will be most productive,” the airline said in an e-mailed statement.

Air Canada continues to fly out of every province and provide access to the main hubs in Vancouver, Toronto and Montreal, the airline said.

The regional moves of the two dominant carriers is not ideal for passengers in many parts of the country. They face fewer options and longer travel times, as they often have more connecting flights, experts say. The reduced level of competition at some airports will likely result in higher ticket prices.

“For the big airlines, there’s more money in international flights than there is in these small local ones,” said Barry Prentice, a University of Manitoba professor specializing in transportation.

“They racked up huge amounts of debts, as did the airports. So the whole aviation industry has got a huge amount of debt it’s carrying and it has to pay that off,” he said. “One of those ways is to make sure that you’re only running profitable [routes].”

Cutting routes across the country was necessary during the pandemic as the airlines had to manage expenses, said Prentice. As air travel activity picked up over the last 12 months, those same airlines have had to overcome labour challenges and problems at airports with processing the increased number of aircraft and passengers.

The moves by WestJet and Air Canada to focus on different parts of the country is raising concerns about possible collusion.

The Saskatoon Chamber of Commerce wants a federal regulator to look into recent moves by the country’s two largest airlines, after Air Canada’s decided to eliminate direct flights to Calgary.

“Air Canada has not adequately explained its ‘business decision’ to disregard strong and growing demand and eliminate a route that has been consistently profitable for over 30 years,” said chamber CEO Jason Aebig in a statement.

Air Canada has previously said it complies with all regulatory obligations and strongly rejects any allegations of anti-competitive conduct.

Any of the decisions by airlines to cut routes or reduce service could be temporary, experts say, when some some of the competitive and financial pressures could subside.