To historian Shirley Tillotson, today’s central bankers may be girding themselves for battle against a phantom, spooked by fears of a wage price spiral burned into their collective economic memory from a bygone era.

“We can’t allow a wage price spiral to happen and we can’t allow inflation expectations to become unanchored,” said Jerome Powell, the head of U.S. Federal Reserve, at his monetary policy news conference in May.

But according to many thinkers on inflation — including Tillotson, professor emeritus at Dalhousie University in Halifax who has researched Canadian economic history — evidence that 1960s- and 1970s-style wage demands are driving current price rises to near eight per cent is simply absent.

Even as the Federal Reserve, the Bank of Canada and other central banks around the world promise a series of substantial interest rate hikes to slow the economy and prevent a new wage-led surge in prices, Powell has gone on the record to say that so far, at least, the threat remains elusive.

“We really are not in the same kind of wage price spiral environment as was claimed as early as the mid-fifties when diesel locomotive engineers went on strike,” said Tillotson, citing an early example of when wage demands were accused of forcing prices higher.

“You know, [when] the notion that an enormously powerful labour movement was capable of holding the public hostage.”

But she said it is the 1960s and 1970s, an era when strong industrial and public sector unions staged disruptive walkouts to demand higher wages as prices rose, that has become ingrained in the Canadian folk memory.

During any period of high inflation, it is reasonable some wages will go up as employees try to prevent their spending power from shrinking as prices rise. They may try to negotiate collectively as part of a union or individually by threatening to leave for a better-paying job.

According to Craig Alexander, chief economist at Deloitte Canada, an arm of the global accounting and services giant, the reason economists fear a wage price spiral is because of the compounding effect — because companies pass on the rising cost of wages to their customers in higher prices.

Something like a nuclear chain reaction, the spiral happens when those higher prices spur more wage demands that lead to even higher prices in an endless cycle.

“If businesses respond to higher wage demands by simply paying their workers more and then increasing their sticker prices to consumers, well then it’s going to be very hard for us to get out of this inflation environment,” Alexander said. “And central banks will feel the need to raise interest rates by even more.”

He said Deloitte is trying to convince employers to consider other options.

Rather than depending on price hikes, he said it is in the best interests of businesses to respond to higher wage demands with greater efficiencies and spending on new capital investment making themselves and the entire economy more productive in an era of worker shortages. But like others, Alexander has yet to see a large impact of wages on total inflation.

“The inflation we are having today is not primarily coming from wages,” he said.

WATCH | The effect on inflation on Canadian households: 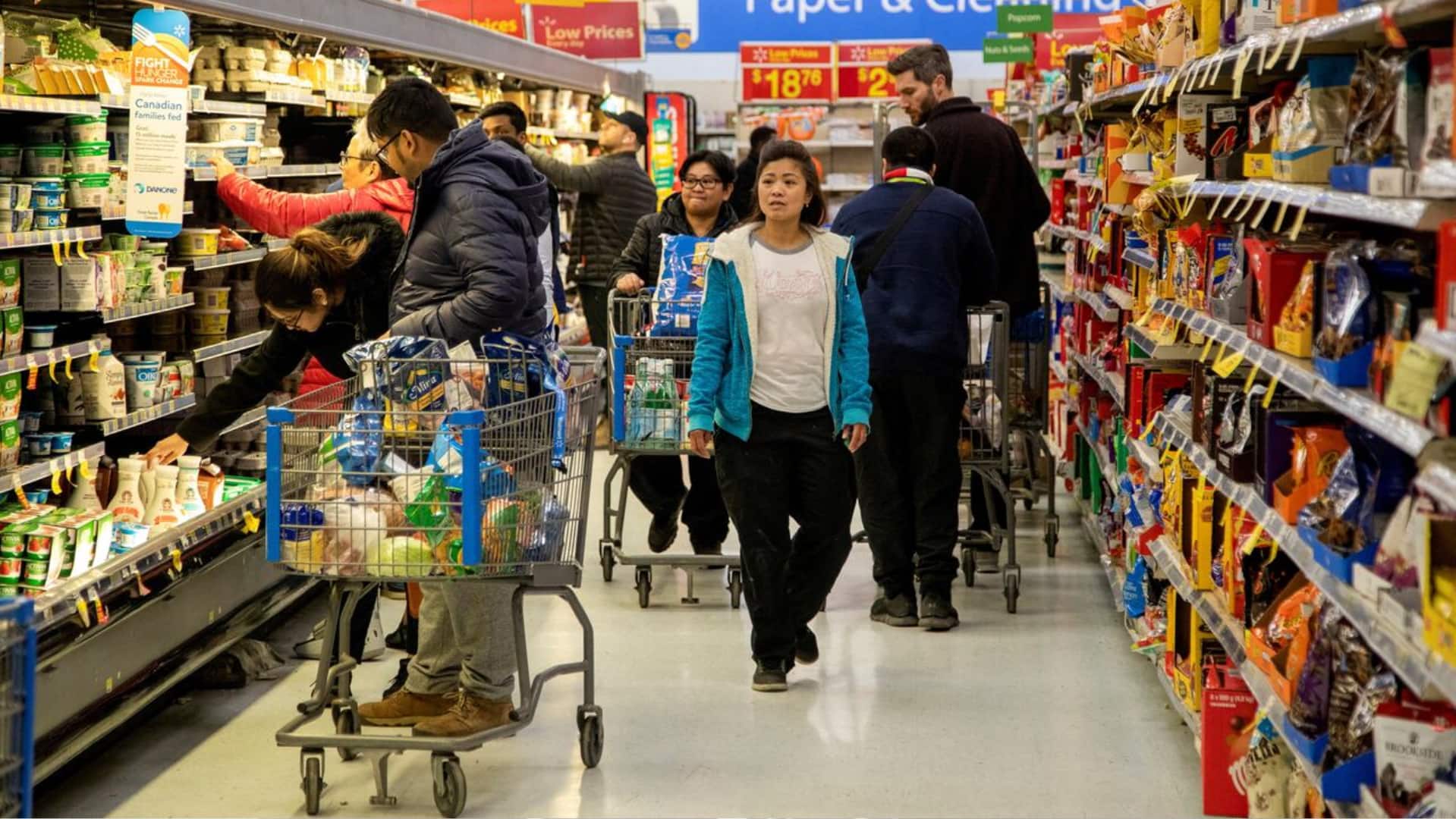 A study from the Angus Reid Institute suggests nearly half of Canadians say they’re worse off financially now than a year ago, and 34 per cent think they’ll be worse off next year.

He said what may look like wage inflation in the statistics is actually the effect of workers switching to better-paying jobs — something that is actually good for the economy, because rather than being inflationary, it demonstrates that workers are moving to roles where the hiring businesses value them more.

Even if we haven’t seen it yet, Alexander said central banks worry that as they try to bring inflation down, a surge of wage demands could then prompt another round of inflation. But although workers may resent rising pricing and falling purchasing power, it is not altogether clear if they have the clout to change it.

After Financial Times economics columnist Martin Wolf warned of parallels to the 1970s burst of inflation, Canadian scholar Jacqueline Best, a University of Ottawa professor who researches the era, called his failure to note the current weakened power of labour “astonishing.”

“It isn’t just a question of wanting higher wages,” said Best in a subsequent phone interview. “It’s a question of being able to demand higher wages, to have that power to put pressure on your employer to respond, and I think there is no question … that workers don’t have that level of power at the moment.”

“If, in fact, higher labour costs are the reason companies are lifting their prices, then we’d have to have some evidence that labour costs were rising as the spark for that process,” said Jim Stanford, a well known Vancouver-based labour economist and director of the Centre for Future Work.

And whatever is driving inflation, Columbia University economist Adam Tooze agrees: it is not wages.

“And if wages didn’t cause the problem, and that’s really clear in this episode,” said Stanford, “there’s absolutely no guarantee that depressing wages will solve the problem.”

He points to the statistic that inflation went from two to eight per cent while wage growth did not change — and he notes that wages are still growing more slowly than they were before the pandemic hit.

“So the old 1970s fable, or parable, that workers were too pushy, wages grew too high, and that’s why we got locked into that cycle, absolutely does not apply today,” said Stanford.

According to pretty well everyone, the trigger for current inflation was not wages. Instead it was some combination of swelling consumer demand for manufactured goods just as supply lines tanked, followed by commodity shortages after Russia invaded Ukraine.

But as others have pointed out, while shortages may have been the spark, rising commodity prices did not lead to a cut in profits which economists might have expected during a supply shock. Instead, after-tax profit margins widened during the period to record levels.

“It’s not a case of wage price spiral,” said Stanford. “It looks more like profit price inflation to me where companies very opportunistically have taken advantage of a disruptive moment to soak consumers for more than they need to.”

It remains to be seen whether central bank rate hikes will have a lasting effect on profits. But as employee earnings continue to fall behind inflation, whatever the cause, the question remains whether workers will eventually find a way to regain their spending power, or if instead they will continue to pay the price as real wages shrink.