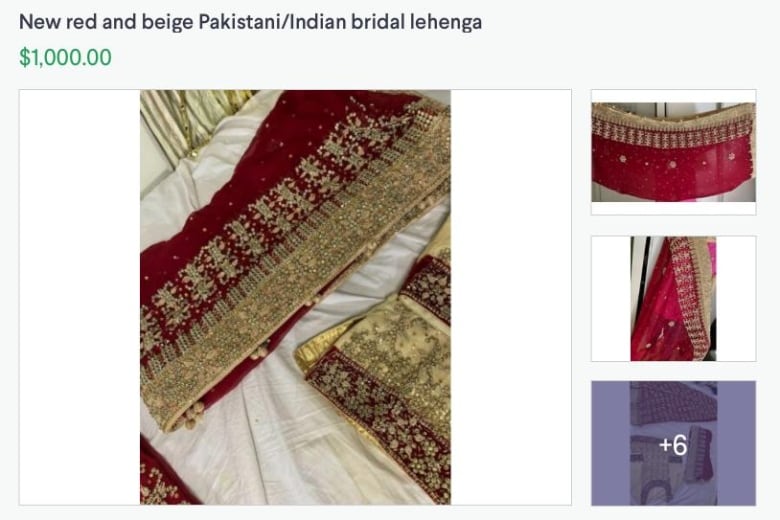 With packages of toilet paper listed for up to $80, Kijiji decided to temporarily ban the sale of these products.

A year later, the site is once again swamped with pandemic-related ads. But this time, prices are low, and the listings reveal a portrait not of greed, but of shattered dreams, loneliness and financial despair.

Behind each ad is a story of something lost. Here’s a look at what some Torontonians are selling:

And on it goes.

“There’s always a human story,” said Kent Sikstrom, a community relations manager for Kijiji Canada. He describes the site as a microcosm of the human experience, noting that the consumer trends “speak to what we’re all going through.”

Search trends over the past year reflect a country suddenly forced to work, play and socialize in isolation — a 102 per cent increase in searches for desks and office chairs, a 112 per cent rise in searches for treadmills, elliptical machines and dumbbells, and three times more searches for puppy and kitten companions.

There are pet owners surrendering cats and dogs and bunnies they no longer have the means to care for. Some are selling beloved items because they need the money, while others simply have nowhere to go in their new Tory Burch wedges or weightlifting belts.

Each sale item represents a year of upheaval, adaptation and perseverance.

A bridal lehenga that never had its big day

Aisha Ali met her fiancé on Twitter in 2014 over a shared love of Game of Thrones. She was 17 and living in Toronto, he was 18 in New York. For seven years, they flew back and forth as often as they could, holding off marriage until they finished school, got established and secured their parents’ permission.

But just three weeks before their scheduled wedding on April 17 last year, Canada closed its border with the United States, stranding the bride and groom on opposite sides. The 100-person event at the Markham Convention Centre, north of Toronto — complete with popcorn stalls, photo booths, dancers, drummers, a 10-dish snack table and floral decor to match the bride’s custom-made red and gold wedding dress from Pakistan, called a lehenga — was cancelled.

“It wasn’t even about the wedding,” Ali said. “It was the fact that I just wanted to be with him and finally start our lives.”

Almost a year later, later, the couple is still waiting for that day to come. The lehenga, which Ali used to sit and stare at, is now wrapped in a bag waiting to be purchased by a new bride who is more certain of her wedding date.

“I just hope it’s someone who is as excited about their wedding as I was,” she said.

Things were looking up for Mark Ducsharm heading into the pandemic.

A promotion at the metal shop where he is production co-ordinator allowed him to move from his shared apartment in south Etobicoke to his own place downtown. But after five months of fighting the mental exhaustion of the COVID news cycle and missing his connections to friends and family, Ducsharm began spending money as a coping mechanism to fend off the familiar creep of depression.

A donation to a struggling friend, rising monthly living expenses and a loan to replace a broken-down car pushed Ducsharm out of the city and into a cheaper sublet apartment back in Etobicoke. Three months after scraping together money for first and last months’ rent, he is now selling his guitar, banjo, amplifier and couch to make ends meet.

“It was a decision I made to not go further down the road and a few months from now still be having anxiety about the bills getting paid,” said Ducsharm, who is now more attentive to his mental health. “Selling these few objects has got me back on schedule. Things are turning around.”

Jason (Jay) Kubassek felt he had been kicked in the stomach when he first learned about the shutdown last March. The part of his Toronto-based mentorship business that hosted live events for up to 500 people was about to tank.

Kubassek becomes emotional as he describes his decision to sacrifice his own financial stability so that he could hold on to his tight-knit group of 60 employees over the past 12 months. He has skipped his own paycheques, put a home into foreclosure and asked landlords to delay rent on his company’s three offices.

“It was the right decision, but financially it has been devastating,” Kubassek said, adding that his business did not qualify for government assistance.

As part of his efforts to stay afloat, Kubassek is selling off the company’s live-event equipment as it retools to a digital future as The Wakeup Co., producing virtual events.

“We will get through it,” he said. “There’s light at the end of the tunnel.”