Wowplus
Home World News Canada news We spend a lot of time online – so how do we... 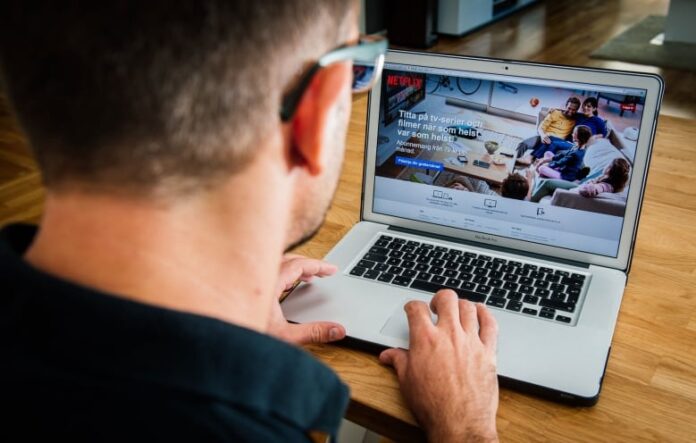 How to make data centres greener

Amid the lockdown, which is gradually lifting, most of us have been spending a lot of time at home. That means relying heavily on the internet to work, shop, do video calls with family and friends and stream TV shows.

As we’ve previously reported, that can have a pretty big carbon footprint, thanks to the energy-guzzling data centres that power the internet and the cooling needed to keep them from overheating.

Data centres worldwide are expected to consume up to 651 terawatt hours of electricity this year — almost the same amount that Canada’s entire energy sector produces.

But data centres are trying to go greener. Big companies such as Amazon, Microsoft, Apple and Google have made commitments to carbon neutrality. And there’s evidence the industry as a whole is improving.

Here’s a look at some of the ways they’re doing that.

Obviously, harnessing wind or solar energy, for example, cuts down on the carbon emitted from power usage.

But this is a trend even among smaller companies. For example, Canadian data centre provider Estruxture promotes its use of hydroelectric power from Hydro-Québec and says it focuses on maximizing its efficiency and minimizing the environmental impact of its data centres.

According to the Uptime Institute, an advisory organization on IT service, some of the following cooling methods were behind the dramatic increases in average data centre energy efficiency that happened between 2007 and 2013. They include:

Some data centres also use cold water for cooling, such as Frontier Networks, which uses Lake Ontario water to cool its Toronto data centre, and the bank DNB in Norway, which uses water from a nearby fjord.

Around the world, including Canada, waste heat from data centres is being captured to heat homes and offices, as well as greenhouses and swimming pools. That reduces the net energy consumption of the data centre and the facility it’s heating.

Using more energy-efficient server equipment can also make a big difference. That was one of the strategies used by IBM’s Canadian Leadership Data Centre in Barrie, Ont., which earned LEED gold certification from the Canada Green Building Council in 2014.

Many big companies such as Google and Amazon have improved efficiency by deploying “hyperscale” data centres, which are larger, more specialized and more efficient than traditional server farms.

Meanwhile, some technology companies, such as Ottawa-based Ranovus, aim to boost the speed and capacity of data transfers, reducing the amount of energy required to move the same amount of data.

For now, data centres use only half the electricity that’s being used for transport worldwide — and most of us haven’t been burning a lot of fuel for that lately.

In response to Anand Ram’s article last week on investment in green hydrogen, reader Chris Lyons had this to say:

“I just want to point out that your article about green hydrogen didn’t mention some very important Canadian work that is happening,” Lyons said, citing as an example Calgary-based Proton Technologies, which has been developing technology to produce green hydrogen from abandoned oilfields.

The Big Picture: Countries and the green energy transition

Although pandemic-related lockdowns have contributed to a steep reduction in carbon emissions worldwide this year, researchers warn that it’s likely to be temporary — and say that one of the most realistic ways to address global warming is to green the electrical grid. With that in mind, the World Economic Forum recently released the Energy Transition Index 2020, which measures which countries are furthest along in moving to a sustainable energy system. Sweden comes out on top, followed by Switzerland and Finland. The criteria is based not only on a high share of zero-emissions energy but also “a strong political commitment to transforming their energy sector to meet climate targets.” Of the 115 countries ranked, Canada finished 28th and was singled out thusly: “High energy-consuming countries including the U.S., Canada and Brazil show little, if any, progress towards an energy transition.”

Let your lawn grow longer — to help the bees

Like the hair on our heads during the coronavirus lockdown, conservationists are encouraging people to let their lawns grow a little wilder than usual this month.

That’s the idea behind the burgeoning No Mow May movement, which, as you might have guessed, is calling on homeowners to park their lawn mowers this month for the sake of local bees and other pollinators.

Organizers say doing so will help introduce much-needed biodiversity and more native flowering plants, both of which are sorely lacking but essential for healthy urban bee populations.

The U.K.-based conservation charity Plantlife, which is spearheading the initiative, says mowing your lawn just once a month can lead to a 10-fold increase in the number of bees pollinating the area.

“The sheer quantity of flowers and nectar production on lawns mown once a month can be astonishing,” said Trevor Dines, a botanical specialist at Plantlife.

The argument is backed up by a 2019 paper published by scientists at the University of Quebec in Trois-Rivières, which found that “intensively managed” lawns have been shown to have “clear negative ecological effects,” especially in urban areas.

And while Canadians with more time on their hands might be itching to do some yard work as the weather improves, conservationists say wildlife would indeed benefit from a more widespread “no mow” philosophy.

“Trying to increase the diversity of your lawn is actually a great idea because it really is one of the largest areas of vegetation that’s within most of our urban areas,” said Dan Kraus, a senior conservation biologist at the Nature Conservancy of Canada.

The Nature Conservancy of Canada has previously led campaigns to stop people raking leaves in the fall for similar biodiversity purposes.

There’s hope that wider availability of native flowering plants could help local bee populations recover after what has been a decades-long decline for some species.

“Sadly, probably about at least a third of our species have disappeared or drastically declined,” said Victoria MacPhail, an environmental studies PhD student at York University in Toronto who specializes in bumblebees.

She listed several species that were once common but are now rarely seen, if ever, in the Toronto area. The list includes the yellow-banded bumblebee, American bumblebee, yellow bumblebee and cuckoo bumblebee.

The rusty-patched bumblebee, once among the top five most common species, has essentially disappeared from the region.

While MacPhail acknowledged the critical role that homeowners can play in revitalizing some of those species, she added that truly helping bee populations will require more than just letting the grass get long.

“I really encourage people, if they want to help pollinators, to actually create habitat for them,” she said.

Are there issues you’d like us to cover? Questions you want answered? Do you just want to share a kind word? We’d love to hear from you. Email us at [email protected]