‘We have him and we are very happy’ – Mourinho on Matic 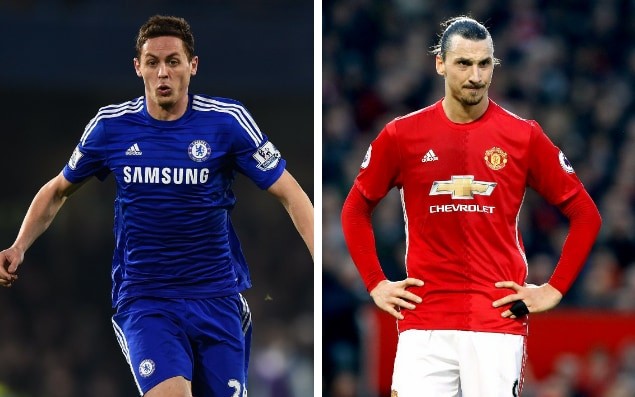 Jose Mourinho says he never thought Manchester United would be able to sign Nemanja Matic before “something special happened” for a £40m move from Chelsea.

Midfielder Matic, 29, was named man of the match in United’s 4-0 home win against West Ham in their opening game of the new Premier League season.

“It looked like something was happening because his agent told me we can have him, that we just had to pay.”

The Serbia international became United’s third summer buy after £31m defender Victor Lindelof from Benfica – who did not make the matchday squad against West Ham – and £75m striker Romelu Lukaku from Everton.

It reunited Mourinho with a player who he spent £21m on to bring back to Chelsea for a second spell in January 2014.

Matic was a key figure in the Blues’ Premier League triumph under the Portuguese boss in 2014-15 and helped them win the title again last season.

He impressed on his debut league appearance for the Red Devils as goals from Lukaku (2), Anthony Martial and Paul Pogba earned an easy win against the Hammers.

Asked why Matic became available, Mourinho said: “It depends on what is happening or what was happening behind doors and we don’t know.

“The only thing I know is that I brought him to Stamford Bridge because I thought he was a player with special qualities and since I left I always thought he could be a perfect player for us.

“We have him and we are very happy because he is a player that our team needs.”

While Matic won the man of the match award, Lukaku also took plenty of plaudits as he announced his arrival at Old Trafford with the opening two goals on his home debut.

The Belgium international, 24, cracked in a rising drive off the post after 33 minutes, adding a glancing header from Henrikh Mkhitaryan’s free-kick after the break.

Lukaku had already opened his Red Devils account by netting in Tuesday’s 2-1 defeat by Real Madrid in the Uefa Super Cup.

“He likes the team and the team likes him,” Mourinho said.

“For any striker, they can play phenomenally well but if they don’t score goals they are not happy and the pressure is on them.

“Scoring on the first day is always oxygen. It is always happiness and confidence for them.

“He knows there is no pressure from me at all. But he knows today was good. He was very effective in the first goal especially.”

‘Thank you Chelsea!’ – what they said about Matic’s performance

Nemanja Matic was absolutely outstanding, particularly in the first half. Everything he does is neat and tidy.

He protects Phil Jones and Eric Bailly so well. When they counter-attack they have so much pace and power going forward.

It has been very good to watch.