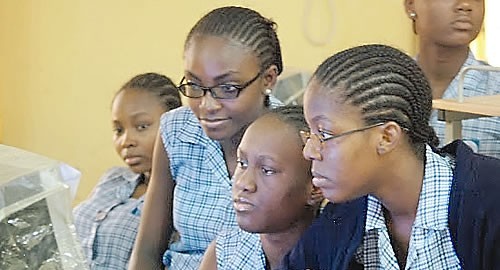 The Nigerian Educational Research and Development Council has debunked a rumour making the rounds in the educational sector that Christian Religious Knowledge has been removed from schools’ curriculum.

The NERDC said in a statement late on Tuesday that CRK was never removed from the curriculum, adding that the council never introduced the Islamic Arabic Studies/French combination, as being rumoured in some quarters.

The NERDC Executive Secretary, Prof. Ismail Junaidu, said the Basic Education Curriculum which includes the Christian Religious Knowledge and the Islamic Studies was approved in 2013 by the National Council on Education.

Junaidu added that the National Council on Education, as the apex policy making body in education in Nigeria, is made up of all the 36 states’ Commissioners of Education and chaired by the Minister of Education.

He said, “For the avoidance of doubt, the last review of the curriculum was approved in 2013 and implementation commenced in September 2014.

“In both instances, neither the Christian Religious Knowledge nor Islamic Studies was removed from the curriculum.

“In fact, at the commencement of the present administration, the minister of education sought and obtained the approval of the National Council on Education to make Christian Religious Knowledge compulsory for all Christian students and Islamic Studies compulsory for their Muslim counterparts.

“The claims peddled on social media platforms and a national daily are speculative, false and unfounded, specifically as regards the Religion and National Values Curriculum.

“The Management of NERDC hereby reiterates categorically that the subject offerings (Civic Education, Social Studies, Christian Religious Knowledge, Islamic Studies and Security Education) under the Religion and National Values Curriculum are distinct and taught separately on the time table.

“In this Curriculum, no child should be coerced or compelled to learn or be taught in school any religious studies relating to the belief system professed by the child and his/her parents.

“CRK is still taught in schools; as a separate distinct subject with the accompanying Teachers’ Guide. There is no subject in the Nigerian School Curriculum called Islamic Arabic Studies nor anywhere in the world as being speculated.”