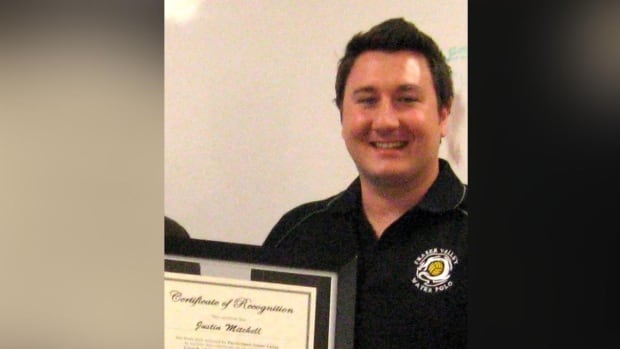 A B.C. water polo coach has been banned from the sport’s national association for life after teenage girls under his supervision claimed a pattern of harassment, humiliating sexual remarks and, in one athlete’s case, an alleged “obsession” that led to inappropriate messages on social media.

Justin Mitchell repeatedly used “sexualized, negative, abusive and sometimes aggressive” behaviour and language toward players, according to a disciplinary decision posted online by Water Polo Canada earlier this week. Three female players and one male athlete came forward with their accusations against the coach, who co-founded the Fraser Valley Water Polo club in 2016 and 2017.

The ban comes after a subsequent two-year investigation by the association.

Two girls between the ages of 12 and 17, who played under Mitchell’s supervision, claimed their former coach made comments about their bodies during practice, telling them to lift their “tits” out of the water during certain exercises and “get their asses out of their suits” in reference to wedgies.

The decision said the remarks would’ve been loud enough for the team and others in the pool facility to hear.

One of the female athletes, who played water polo between the ages of 12 and 15, told the disciplinary panel Mitchell told athletes to fix their swimsuits when the tops shifted on their breasts during play because it “distracted him.”

The player, identified by pseudonym initials C.D., also accused Mitchell of once promising athletes a “bathtub of alcohol” in exchange for winning a particular competition. C.D. also claimed Mitchell developed an “obsession” with another player, referred to in the decision as A.B.

A.B., who joined water polo at 14, claimed Mitchell commented on her body after she left the hot tub, saying she was arousing to adult men. The same teen said her coach sent her messages on Facebook, Instagram and Snapchat that made her “uncomfortable and alarmed.”

A male player who complained said Mitchell allegedly asked boys on the team what kind of pornography sites they looked at, telling them about sites he liked.

The decision said a “remarkable thread” that came up as the witnesses testified was that parents, association members and other coaches knew “in large part” about Mitchell’s behaviour.

“Although the [alleged] sexual behaviour towards females was well concealed, the abusive yelling and swearing that the athletes described as being common at practices seems to have been observable to anyone within earshot of the pool,” the decision reads. “The fact that such notorious conduct went almost entirely unchecked is difficult to reconcile.”

The decision described Mitchell as part of a family with “longstanding commitment to and participation in the sport of water polo” and someone who positioned himself as a person of “considerable power” in the water polo community. Pacific Sport Fraser Valley named him coach of the year in 2010.

The panel said they believe Mitchell should “never again” be around WPC athletes because, without his permanent removal, it would risk “the recurrence of similar harm in the future.”

Neither Mitchell nor representatives from the Fraser Valley Water Polo Club could be reached for comment.