Watch Will Smith and James Corden Get Jiggy With It on Carpool Karaoke: The Series Premiere 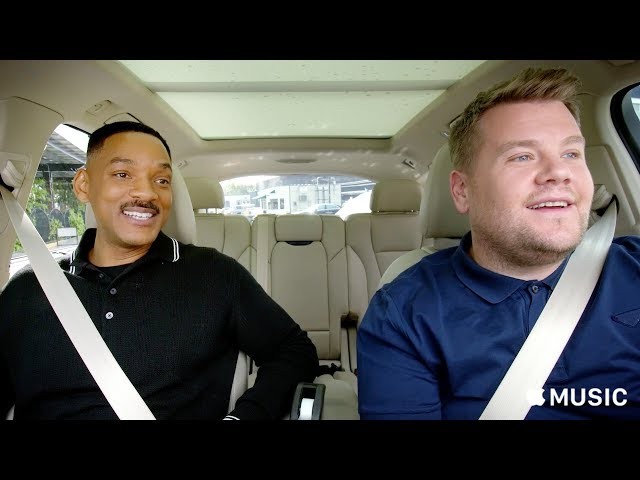 James Corden teamed up with Will Smith for the first episode of Carpool Karaoke: The Series, which premiered tonight at 9 p.m. ET on Apple Music—and we’ve got the first six minutes of the fast-moving and fun-filled ride-along.

The pair banter back and forth in between musical numbers and even get a visit from the University of Southern California’s legendary marching band, Spirit of Troy.

While riding together, the duo get jiggy to the “Fresh Prince of Bel-Air,” “Boom! Shake the Room” and of course, “Getting Jiggy Wit’ It.”

During the carpool chats, the Brit asked if the superstar if he’d ever been approached about playing former President Barack Obama in a movie. The Suicide Squad star admitted, “I talked to Barack about it. He told me felt confident that I had ‘the ears’ to play the role.”

Carpool Karaoke: The Series is based on the wildly popular segment from Corden’s The Late Late Show. According to the press release, the online show promises to “bring the best celebrity pairings together behind the wheel as they buckle up and belt it out to their favorite playlists.”

LeBron James, Ariana Grande, Miley Cyrus, Shakira, Gwyneth Paltrow and other stars from stage, screen, sports and television are set to appear on the series, which will debut two new episodes a week.

At the premiere event for Carpool Karaoke: The Series, Corden told E! News’ Jason Kennedy that the enormity of his life constantly blows his own mind.

“Are you kidding? I’m constantly Google Earthing myself and imagining if I could tell my 12-year-old self that this is my life. His head would explode,” Corden gushed. “Are you joking? I never even thought I’d get to meet Will Smith, let alone have emails and texts with him and stuff like that.”