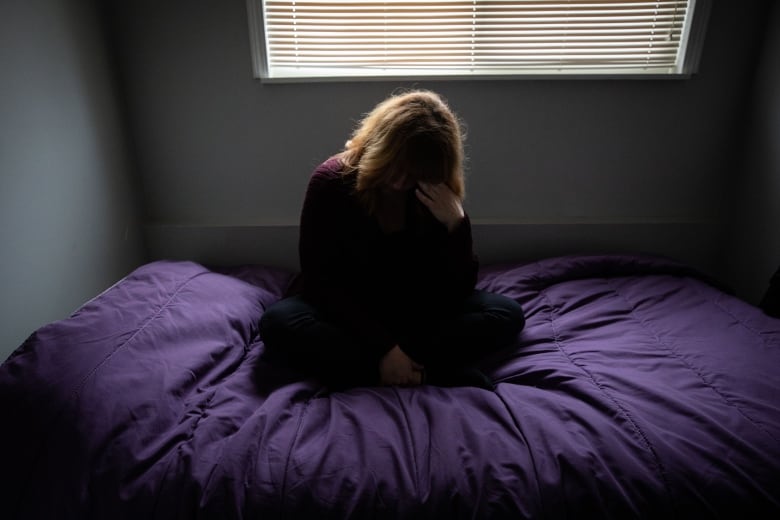 More than one in three people accused of intimate-partner homicide demonstrated at least one warning sign prior to the killing, according to a CBC News investigation.

The finding is one of dozens from Deadly Relationships, a sweeping, 16-month CBC News analysis of intimate-partner homicides across Canada between January 2015 and June 2020.

CBC’s investigative team collected nearly 50 data points on close to 400 cases over that timeframe, including the gender and ethnicity of victims and accused, whether the victim was protected by a court order when they were killed and the criminal history of the accused. Altogether, the data paints a never-before-seen mosaic of relationships that turn deadly.

More than three-quarters of victims were women. Most of the accused, 78 per cent, were men.

Intimate-partner homicides in Canada are among the most traumatic and horrific of crimes, often occurring in the victim’s home, scarring families and communities for decades. Our investigation found more than 400 people, mostly children, lost parents to domestic violence over the course of five and a half years.

What’s more, these crimes are preventable. There are known warning signs that a relationship could turn deadly, so we set out to find how many were present in Canadian cases. Future stories in this series will take a closer look at what can be done.

CBC’s investigation tracked known predictors of homicides in relationships and the extent to which they were present in each case.

The analysis found at least one warning sign was present in 36 per cent of cases. The most common were recent or pending separations (one in five cases), previous reports to police and patterns of coercive or controlling behaviour (both 15 per cent of cases).

CBC identified four of the above warning signs in the case of Nichole Clifford. The 31-year-old mother of two was killed in Wainwright, Alta., in 2017. Her husband, Robert Clifford, faces charges in her death.

“That’s shocking. It tells me that that’s more serious and it’s going on more than what we realize.”

Notably, at least 36 victims, all but one women, were under court-ordered protection intended to keep them safe from the accused when they were killed.

Nichole Clifford, who was stabbed 17 times in the neck, was one of the 36 victims under court-ordered protection at the time of her death.

Indigenous women and men more likely to be killed by partners

More than one in four victims of intimate-partner homicide are Indigenous, according to Statistics Canada. This is an overrepresentation given First Nations, Inuit and Metis people made up only six per cent of the Canadian population as of the 2016 Census.

It also found more Indigenous men were killed by their partners than white men.

Among the 68 cases where women are accused of killing their partners, CBC found one in four women had been previously abused by their partner. For Indigenous women, it was close to half.

Other notable findings from CBC’s investigation:

The analysis found that stabbing was the most common method of homicide, followed by shooting. One in six cases were confirmed by CBC to be murder-suicides, in which shootings were significantly more common.

All of CBC’s findings understate the true numbers due to the many cases for which the team was unable to find information, especially about the history of the relationship between victim and accused.

Brittney Newman was one victim in the data compiled by CBC. The 25-year-old woman from Mississauga, Ont., was stabbed to death in 2020 and her former partner is charged with first-degree murder in her death.

Her friend Geri Dornford wants to know what policy makers will do with CBC’s findings.

“I understand gathering the information and doing a piece on it and shining light to it,” she said. “We also need it to be able to get into the people that are in power, to be able to make the changes that are so desperately, desperately needed.”

Dornford says Newman was trapped in a controlling, abusive relationship in part because she was financially dependent on her former partner to support her two children.

In most cases, CBC’s information came initially from access to information or freedom of information requests to police. CBC requested information on homicides between current or former romantic partners between Jan. 1, 2015 and June 30, 2020. This included the names of victims and accused, the relationship between them, the date and location of the homicide and whether any protection orders were in place.

There is no public policy interest to be served by hiding these things under a cloak of secrecy.– Alberta Independent Senator Paula Simons

In two provinces, Quebec and B.C., the justice ministries were able to provide this information.

The amount of information provided by police varied significantly. Only a handful of forces provided names, citing privacy legislation as the main reason for refusing to disclose.

Alberta Independent Senator Paula Simons, who covered many domestic homicides during her career as a journalist in Edmonton, said the research is crucial.

“This is the first time I’ve seen this kind of systemic study of the triggers and the precursors,” she said in an interview with CBC. “It is absolutely vital to our understanding of how to combat domestic violence and domestic homicide that we are able to have this kind of tracking.”

Simons said the lack of transparency from police about these cases means important dialogue about how to prevent such crimes cannot happen.

“How on earth do we ever combat the issue of intimate partner violence if we cover it up when it happens, if we don’t study the cases, the situations that led to those cases and and the environment that created those situations of victimization?” she said.

“There is no public policy interest to be served by hiding these things under a cloak of secrecy.”

In many cases, CBC was able to establish the names of victims and accused based on the details provided by police. This allowed the team to request court documents and search for media reports that revealed many of the details, including warning signs, captured in the data.

But in 59 cases, police did not provide enough details for the CBC team to identify the victim or accused.

Those cases are almost all from the country’s two largest forces: the RCMP and the Ontario Provincial Police. These are also the forces with jurisdiction over much of rural Canada, where rates of police-reported intimate-partner violence are twice what they are in the cities, according to Statistics Canada.

CBC challenged both forces’ responses with the federal and Ontario information commissioners. The RCMP released new data in response, including the names of victims and accused, the relationships and the detachment for some cases, shortly after they were asked to comment for this story.

But they did not do so for all detachments. Data for rural Manitoba is especially lacking, with the names of victims and accused given for just three out of 24 cases in the province. For this reason, 40 per cent of the victims in CBC’s data for Manitoba are nameless.

RCMP spokesperson Robin Percival said due to the CBC challenge, all requests for clarification should be directed at the federal information commissioner.

Ontario Provincial Police spokesperson Bill Dickson said it would be inappropriate to comment while the request is being challenged by CBC.