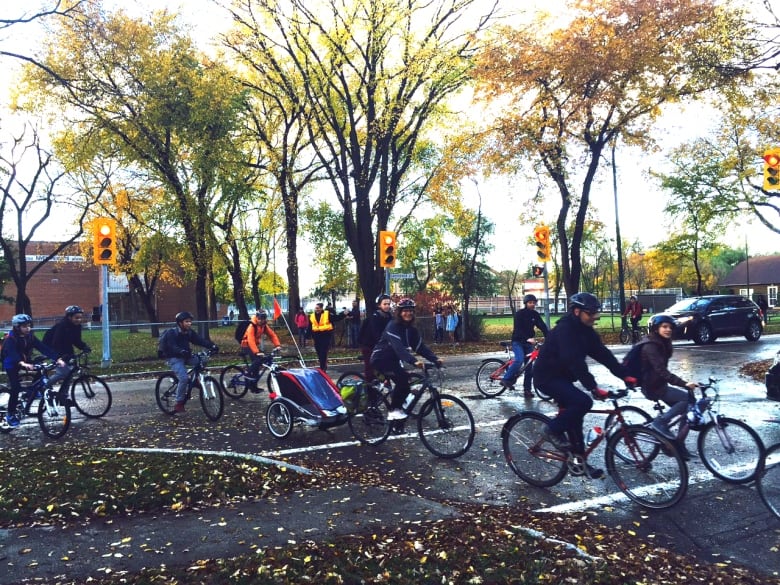 Kathy Théberge sings the praises of a daily walk to school, heartily encouraging others to also make the everyday commute by foot.

“It’s a great way to start your day. It just helps you get a little bit of energy and it helps you to be ready and focused when you get to school,” said the Pickering, Ont., parent of two.

Théberge started the habit after finding it more straightforward to walk to her children’s elementary school, about a kilometre away, than to take the car, which meant parking and then walking “about half of the distance [from home] anyway,” she said.

Her children, 15-year-old Matthieu and eight-year-old Abigail, also recognize the benefits of walking.

Calls for students to bring litter-less lunches and reduce, reuse, recycle are familiar in classrooms across Canada. However, attention is now also turning to the way students travel to and from school and how to reduce the carbon footprint of that weekday trek.

That environmental concerns are important to kids today isn’t a surprise for retired teacher Théberge — she says it’s a topic students have been talking about at school for many years. “Sometimes they’re the ones that are educating and encouraging the parents to think about their futures.”

Théberge has inspired others to follow in her family’s footsteps. She organizes activities for International Walk to School Month — which some have called “Walktober” — and encourages families to join in each Wednesday throughout the school year. Music, signs and stamps for the kids liven up the mid-week strolls.

“I have had parents come up to me and say, ‘I used to drive my child and it was just around the corner. Now we walk every single day because we can and it makes sense,'” Théberge said.

Sparking enthusiasm over this seemingly casual part of the school day is a great approach to help inspire new habits, according to Brianna Salmon, executive director of Green Communities Canada, a national non-profit association that supports local environmental initiatives across the country.

“We really want to start to get families and students excited about walking and biking and scooting to school, as early as possible, so that those routines and that transportation behaviour continues throughout the school year … and to help kids sort of see themselves as being champions for safer school zones and for positive climate action,” Salmon said from Peterborough, Ont.

“We know that travel is a huge greenhouse gas source in Canada and also that how we move really impacts our physical and mental health, so we want to get kids excited … and to really support them in making healthy choices throughout their lives.”

While walking or cycling were two of the most common ways kids got around in earlier generations, that’s not necessarily the case today, Salmon noted. In the past, for instance, parents likely taught kids to ride a bike and you’d learn about cycling safely when the whole family biked together.

“But that’s less and less the case for children now and so they’re not having that same transfer of knowledge,” she said.

“Cycling and walking education is something that we need to be active about.”

School buses, another longstanding mode of transportation for students, are also getting a new look.

About 2.2 million children across Canada rely on approximately 51,670 school buses to get them to and from classes and related activities every school day, according to a February 2020 school bus safety report from Transport Canada.

Amid growing interest in and availability of personal electric vehicles, school transportation officials across different regions are now more actively exploring electrification of those yellow school bus fleets, following an earlier wave that first introduced them about five years ago.

“Fifty-one thousand school buses driving every day — and some of them very long routes, most of them using diesel — has a significant carbon impact and so transitioning to electric vehicles … is a really important, low-carbon transportation solution,” she said.

“It also sets a really nice example for children: they see solutions being implemented on their trip to school … As we’re faced with a global climate crisis, that can be a really empowering and positive thing to be participating in every day on your commute.”

WATCH | ‘I would never go back to diesel’: Take a trip with Al Kowalko, electric school bus driver: 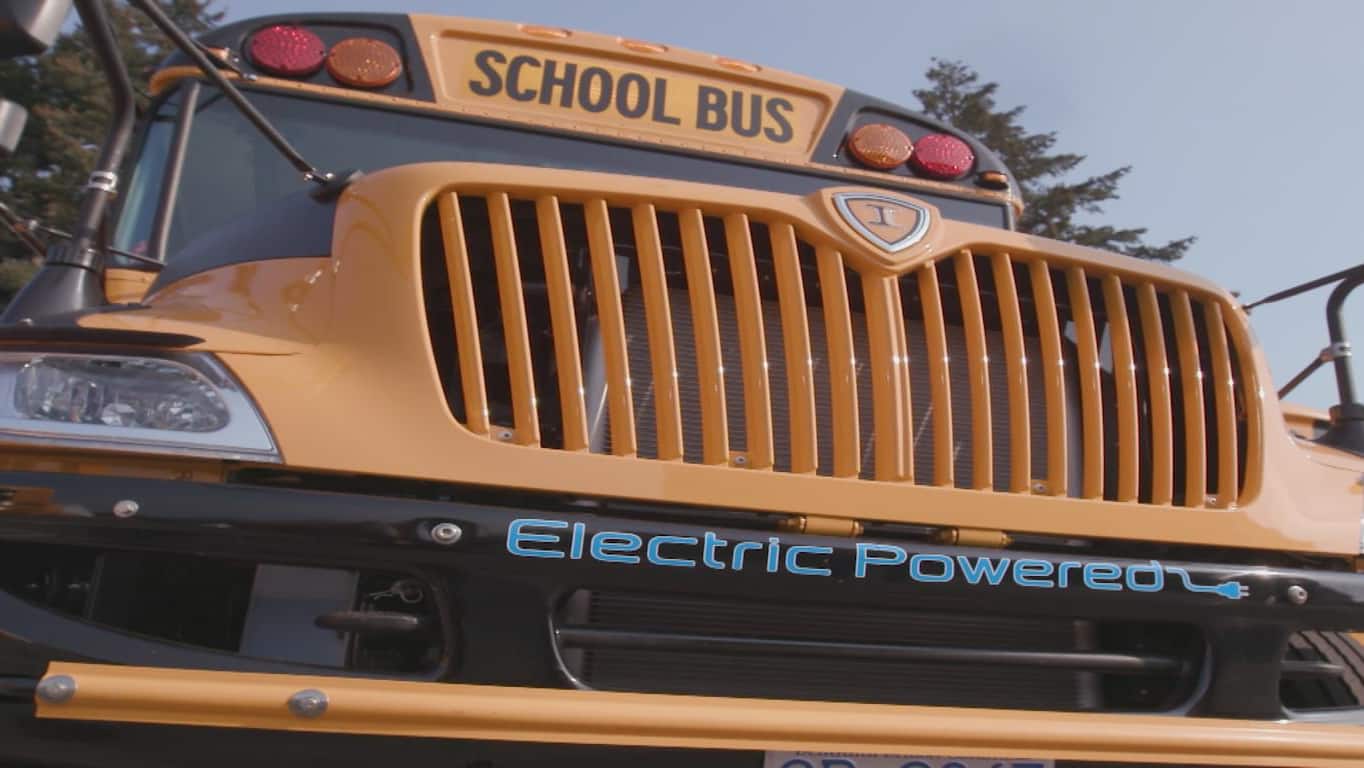 Sooke School District driver Al Kowalko offers a peek into what it’s like driving an electric school bus and why he wouldn’t want to go back to diesel.

More than 70 new electric school buses are also on the road in British Columbia. Since 2020, the province has provided more than $17 million to support school districts purchasing them, as well as investing in related facilities upgrades, such as electric vehicle charging stations.

The Sooke School District was one of the first school boards to access government funding to help subsidize the pilot purchase of two e-buses. After that initial success, the Vancouver Island school board has since added four more.

Cost continues to be a major challenge: each electric bus costs about $350,000 compared to approximately $150,000 per diesel-powered bus. Still, if government support continues, the goal is to buy electric going forward for its fleet of about 45 buses overall, said Ravi Parmar, Sooke district chair and a trustee currently up for re-election.

For school districts facing difficult weather conditions or with bus routes covering very long distances, electric might not be the best fit for now, Parmar acknowledged.

“But technology is changing and I expect that they’ll be driving electric very soon as well.”

An overall re-examination of how kids get to school “really gives us pause to think about how we’re supporting walking and cycling and busing and safe travel for young children” and students, she said.

“[These are] the folks that often aren’t front and centre in the conversations we’re having when we’re talking about commuters or highway expansions or other transportation conversations.”