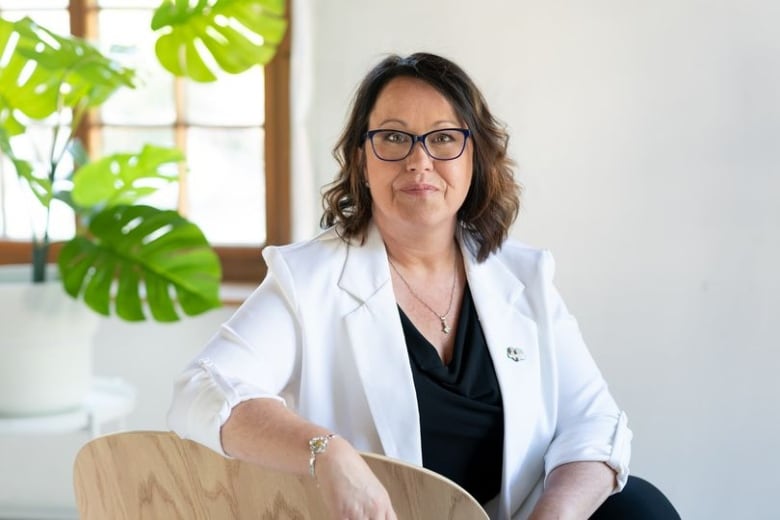 It’s been 10 years since Nathalie Trottier made the difficult decision to move out of her home, leaving behind 25 years of abuse at the hands of her partner — but also all of her belongings.

“When I left, I lost everything,” she recalls of her move, empty-handed, into a women’s shelter.

That’s why a volunteer-powered non-profit that offers free moving and storage services to help women and children escape violence is so dear to her heart — and why a lack of volunteers to keep up with demand is so worrisome.

“It’s already hard to leave but when you also have to rebuild your life and on top of that have to refurnish … this [organization] removes the obstacle that leaves you with nothing, like in my case,” said Trottier, a domestic violence speaker and spokesperson for Shelter Movers Montreal.

The organization — called Transit Secours, in French —  co-ordinates the logistics of moving so that survivors of domestic violence can recover their belongings, free of charge and safely. The service works side-by-side with victims on the day of the move and hires security to keep both the victim and volunteers safe.

Clients are referred to the organization by community agencies, including women’s shelters, CLSCs, social workers and other professionals working with victims of domestic violence. Shelter Movers has six locations, including a Montreal chapter that was launched during the pandemic in the fall of 2020, when domestic violence numbers rose significantly.

According to a Quebec study, more than one in six Quebec women in a relationship experienced some form of conjugal violence in October 2021. The Montreal region was the most affected, with 22.5 per cent of respondents experiencing conjugal violence that month.

Amid Moving Day in Quebec, demand for services from Shelter Movers Montreal has soared. But staff say some upcoming moves might have to be postponed if more volunteers don’t step up, while other families might be left without support for months.

Renata Fuchs Militzer, the chapter director of Shelter Movers for the Montreal region, says being able to take their belongings out of a violent home helps break the cycle of abuse for victims of domestic violence.

“They don’t have that connection to the home in the same way, and so in that sense, it’s a lot more than just material things,” she said. It also breaks down part of the barrier of financial insecurity that often leaves women feeling like they have no option but to stay with their abusers, she said.

Currently, there is a two-month waiting list for services from Shelter Movers Montreal due to a lack of volunteers. Fuchs Militzer estimates that about 50 per cent of the people who are contacting her are cancelling their move or not coming back for services because the wait is too long.

“We’re always very concerned about those families. What have they done in the meantime?” she said. She worries many women are going back to their abusers.

Daybreak Montreal11:43Volunteers needed to help women and children in situations of domestic violence

A Montreal organization that provides free moving and storage services to survivors of abuse is putting out an urgent call for volunteers. We spoke with Renata Fuchs Militzer, the Chapter Director of Shelter Movers for the Montreal Region.

Hélène Langevin, executive director of the women’s shelter La Maison Simonne-Monet-Chartrand which helps victims of domestic violence, says Shelter Movers Montreal is a “critical need” for survivors. She says her partnership with them completes a chain that for years has been missing a key link.

“Shelter Movers gets the woman out with her belongings, they put those belongings in storage, they bring us the women to put in our shelter, and [then they] can have a place in a second-stage home,” said Langevin.

“So it stops her from saying, ‘OK, I have no money, I can’t move, I have nowhere to live, I’m not able to pay, so I’m maybe better off going back to my partner.'”

“It really makes a huge difference,” she said.

Shelter Movers Montreal relies heavily on volunteers, says Fuchs Militzer, as it takes a minimum of five hours of co-ordination ahead of time to complete a move, as well as at least five people on the ground come moving day.

“Right now we have 70 volunteers who are movers and drivers and we have about 34 administrative volunteers,” she said.

The organization is asking people to commit to doing one move a month for 12 months.

While Langevin says the initiative is “fantastic,” she says more of its kind are needed across other regions in Quebec. She says the Quebec government also needs to be more open-minded and willing to fund other initiatives to help victims of domestic violence, such as women’s shelters that will also take in animals, which are sometimes used as pawns to entice victims to come home.

Trottier, meanwhile, hopes victims of domestic violence know that support is out there and she encourages them to seek help from shelters and support services as soon as possible.

“Don’t wait 25 years like me,” she said. “It meant losing everything [when I left], but look at me today — I have everything to gain from having managed to get out,” she said.