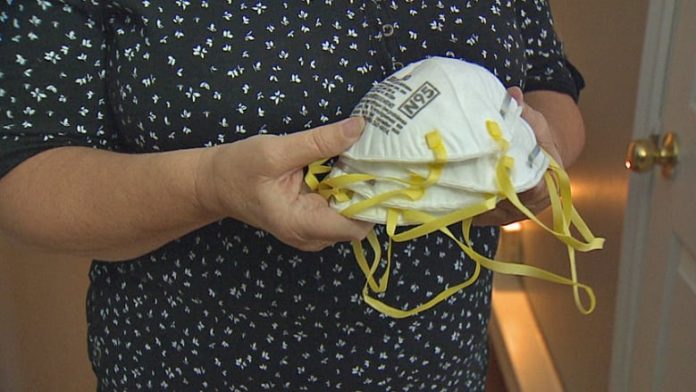 Juliette (Sis) Lee walks to a closet in her St. Mary’s, N.L.,  home and pulls out the masks she gives to her grandchildren to wear when they visit.

“We can’t let them be breathing this in,” Lee said. “We’re not sure what we’re breathing in here.”

Lee lives next to a seafood sauce plant that shuttered years ago, around the turn of the millennium.

But residents of her small town on Newfoundland’s Avalon Peninsula are still living with the legacy of what’s been left behind there.

“These past 10 years, it’s been getting worse each year because of the smell,” Lee said.

“And it’s now is also causing health problems, because you can’t breathe when it’s so pungent,” she said. 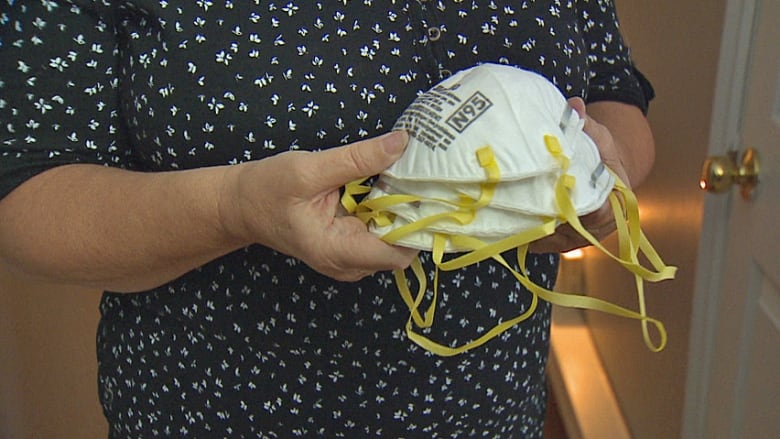 Lee keeps masks in her home for her grandchildren to wear when they visit. (Bruce Tilley/CBC)

“There’s times I have to leave my home and go out to my son’s or daughter’s,” in Conception Bay South, about 100 kilometres away, she said, “because you can’t bear the smell here, because I have to bar up my house so the smell don’t get in it.”

That smell is coming from seafood sauce that has been fermenting since the plant ceased operations at least 17 years ago.

“They say it is not toxic,” Lee said. “But why do you have to wear a hazmat suit to go in there?”

The St. Mary’s town council has sought help for years to clean up the mess at the old Atlantic Seafood Sauce Co. plant.

Deputy mayor Steve Ryan says there were about 150 vats in the building, holding 12,500 litres each, when the owners began making the sauce back in the early 1990s.

“Over the past 20 years, the vats are after leaking on the bottom and the liquid leaked out, out through a drain on the side of the building, out into the beach and out into the ocean,” Ryan said.

In 2016, the town approached the province about cleaning up the site, removing the equipment and potentially demolishing the building. Service NL and the Department of Municipal Affairs and Environment approved a waste-management plan.

Ryan says a private company was able to salvage some of the tanks, but about 30 of them were emptied into the ocean. Service NL told the company to stop. The province says no decommissioning work has happened since that time.

But according to Ryan, federal or provincial officials also had cement poured into the drains. CBC was not able to confirm who blocked the drains. 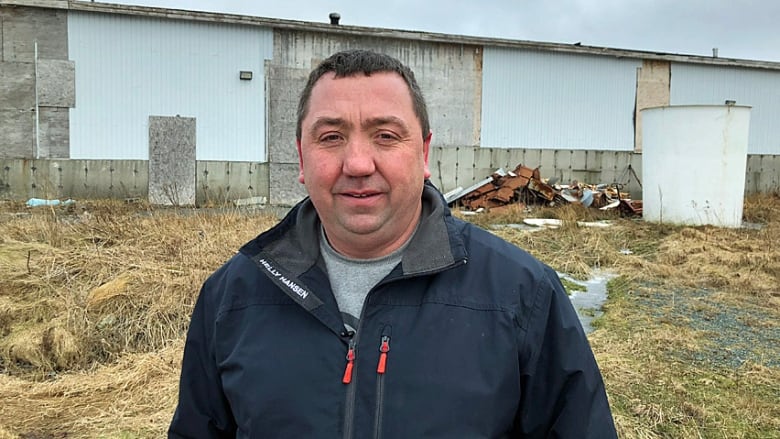 St. Mary’s deputy mayor Steve Ryan stands in front of the former seafood sauce plant. He says the town has asked for provincial help to clean up the site. (Jen White/CBC)

“The tanks are still leaking some liquid down, but now it’s running on the floor, and it has nowhere to go,” Ryan said.

“So now it’s just still in on the floor — two, three, four inches thick all over the floor, which is making the smell worse here in the community. In the summertime, it’s just unbearable.”

Ryan says the town of about 400 people can’t afford to foot the cleanup bill — estimated at more than $700,000 — to take care of the problem once and for all.

He said: ‘Rodents know when something is toxic.’ – Steve Ryan

In fact it’s been difficult finding someone willing to take on the job. One company that considered it “said it was one of the worst sites they ever encountered,” Ryan said.

“I think he told me he was almost 30 years in the business. And he was taken aback a little bit by there’s so much waste here and there’s no rodents… What he told me kind of scared me. He said: ‘Rodents know when something is toxic.'”

The town has since gone back to the province for help.

The Department of Municipal Affairs and Environment says it rejected a request for a special assistance grant, but is now in the process of reviewing an application from the town under another infrastructure program.

Ryan says they expect to hear back next month.

“The provincial government has a lot of sites that it has to clean up, but those sites are — a lot of them are just eyesore cleanups,” he said.

The St. Mary’s site “needs to be cleaned up because it’s a health hazard. And you’ll see from the surroundings, [the] close proximity to houses, the school, playgrounds. It shouldn’t have come to this. This should have been cleaned up long ago.”

The origins of the seafood sauce plant date back three decades.

The plan was to grind up male capelin with salt and ferment the mixture for years, to ultimately produce a liquid seafood sauce that is a popular component in food preparation in Asia, specifically Vietnam.

It was the brainchild of Sanh Ngo, a former master of the Canadian Coast Guard research vessel Sir Wilfred Templeman. Ngo came to Canada from Vietnam in 1975.

The company settled in St. Mary’s. Production began in June 1990. 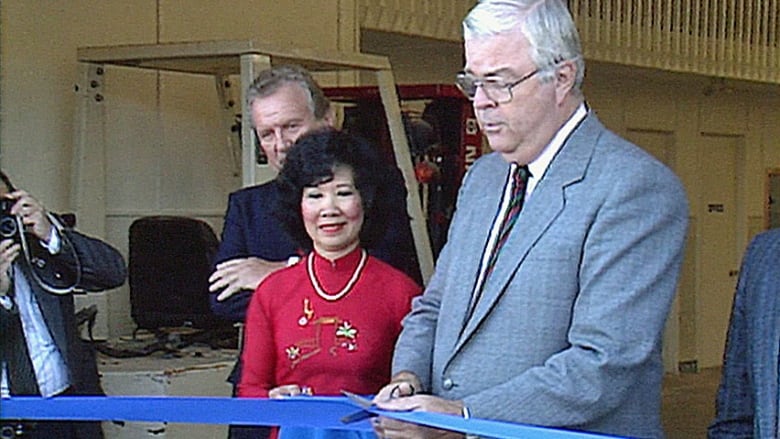 A few months later, politicians descended there for a ribbon-cutting ceremony to mark the official opening of Atlantic Seafood Sauce Co. The province footed part of the bill for a quartet of foreign journalists writing for Vietnamese press outlets in North America and Europe to attend.

Four years later, in 1994, there was more trouble. Ngo told CBC News that federal regulations were killing the project, and he may have to walk away.

He said at the time that he had sunk $400,000 of his own money into the operation, with the province matching that amount, and the Atlantic Canada Opportunities Agency chipping in $500,000.

Then, in 2000 and 2001, came inspections by the Canadian Food Inspection Agency (CFIA).

The CFIA laid charges under the Food and Drug Act, alleging it was preparing and storing the sauce under unsanitary conditions. Operations were suspended in St. Mary’s.

A provincial court judge found there was mould on the ceilings over some of the vats, rusted appliances, condensation dripping from the ceiling, and dead flies on top of the product in vats where the plastic covering had come off, among other issues. 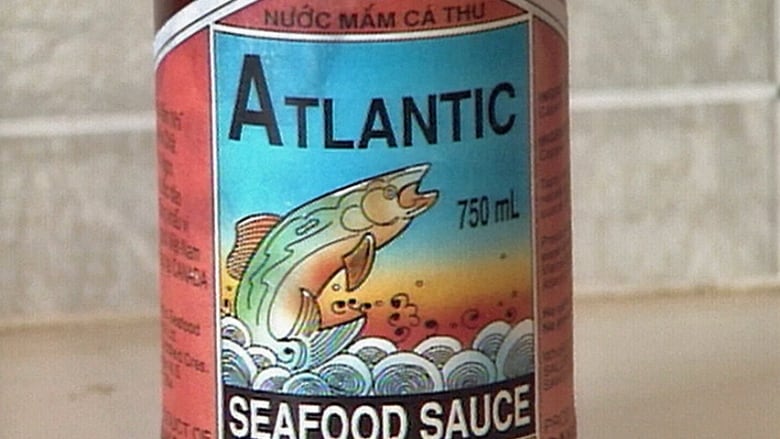 The facility was intended to make seafood sauce for bottling and use in Asian cooking. (CBC)

But the judge also accepted Ngo’s contention that there was “insufficient connection” between these findings and the possible contamination of the product.

That decision was upheld on appeal in 2008.The appeal judge agreed that “the weakness of the CFIA’s inspection and compliance audit processes” affected the Crown’s ability to meet the burden of proof in the case. According to that decision, the plant had not operated since the initial suspension six years earlier.

People in the town say it never got going again. But product remained in the tanks.

‘Hazard to the environment’

In 2012, Service NL wrote to Ngo after receiving complaints about the condition of the building. The letter noted there were “multiple plastic vats containing unknown liquids and debris” on the site.

“Disposal of waste material at this location constitutes a hazard to the environment, and is not permitted,” the letter said, going on to call for its removal.

But that didn’t happen. In a statement to CBC News, Service NL said the cleanup orders were “undeliverable and no company representative could be located.” 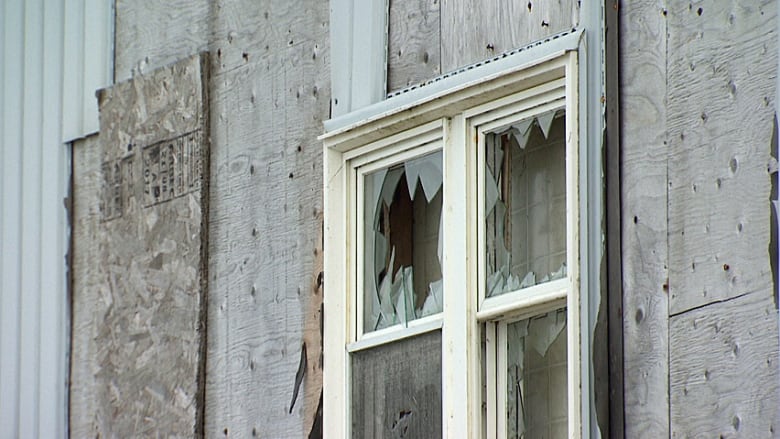 The facility in St. Mary’s has fallen into disrepair. (Bruce Tilley/CBC)

A November 2018 provincial government briefing note, obtained through access to information, advised that there are 120 fibreglass tanks with some remaining product still on the site, as well as spillage on the plant floor.

It noted that Ngo “left the country” after the plant ceased operations.

Atlantic Seafood Sauce Co. had its federal incorporation dissolved for non-compliance back in 2006. The Halifax phone number last associated with the company is now out of service.

‘Prisoner in our own homes’

Muriel says she worked at the seafood sauce plant for a week when it first opened, back around 1990.

Now, she and her husband John still live nearby.

“When the smell starts I have to come in, close our windows and our doors, and stay in, like a prisoner,” Muriel said.

“A prisoner in our own homes,” John added. 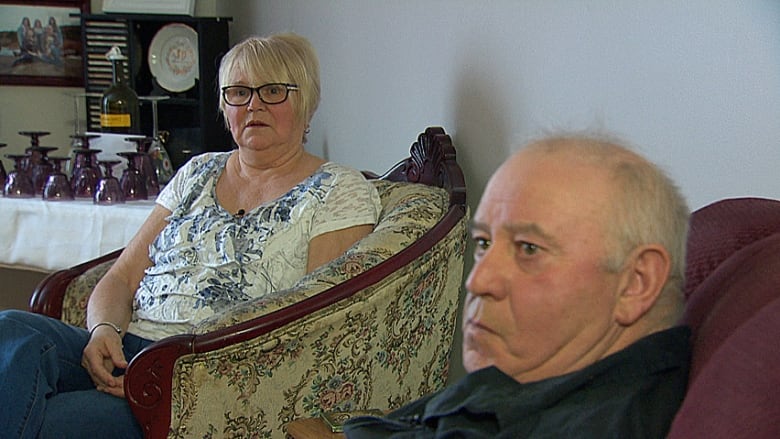 Muriel and John Whelan want action to clean up the site. (Bruce Tilley/CBC)

He said the smell became more of a problem when some of the tanks were removed, and the site was disturbed.

Muriel says when government officials visited the site, they were wearing white suits and protective masks.

“I asked the question, ‘How come they had to wear a suit and everything to go in there?’ Right? And they said, well, ‘It was to protect our people, our workers.’ And I said, ‘What about us? What are we?’ And we got no answer.”