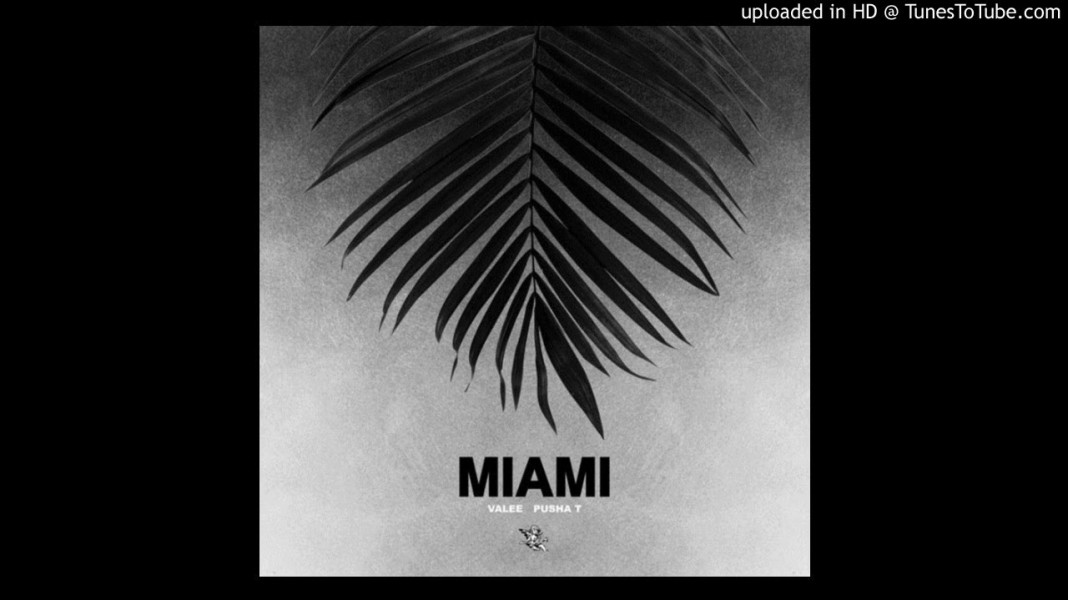 Valee makes his debut as an official G.O.O.D Music signee with the “Miami” remix featuring Pusha T.
Pusha T recently announced that rising Chicago rapper, Valee, is the latest member of the G.O.O.D. Music roster. Speculations that he was signed to the label sparked last year but they made the official announcement on the first of February. Now that he’s under the label’s wing, he revisits his 2016 anthem “Miami” with a brand new remix featuring the G.O.O.D Music president.

Pusha T and Valee link up for the official “Miami” remix. The song initially appeared on the 12:12 Again mixtape in December 2016 but they’ve brought new life to the anthem. The song features a lurky, sinister instrumental provided by Rio Mac. It’s a perfect fit for Pusha T and Valee brings the song to a new height.

As he drops his first official offering on the G.O.O.D Music roster, it looks like we’ll be hearing a lot more from him throughout the year.

“Miami (Remix)” is currently out in select international markets and will be available in North American markets by midnight.
https://youtu.be/-GME9iht1Yk