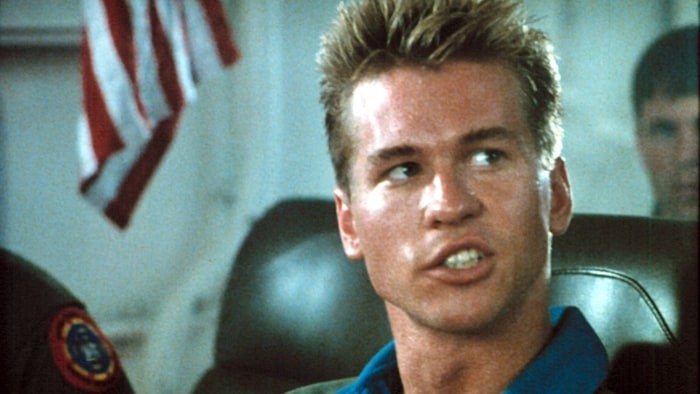 As the A-list movie star finally confirmed a Top Gun sequel is officially underway, Cruise’s co-star took to social media Wednesday with an announcement: He’s ready to spread his wings and fly! Kilmer wrote alongside a selfie with his Iceman character on a graphic T-shirt, “friends said it’s official – #TOPGUN2 was announced today. I’m ready Tom- still got my top gun plaque! Still got the moves! Still got it!”

Did you hear that, Tom? Val is ready to take one more ride into the danger zone.

Thanks to the beloved military drama that celebrated its 20th-anniversary last year, Kilmer became a household name and undeniable heartthrob throughout the 80s and 90s. He starred as Iceman, Cruise’s rival-turned-comrade, in the classic blockbuster.

Tom sent Top Gun fanatics into a frenzy earlier this week when he shared the exciting production development while promoting The Mummy in Australia.

“It’s true, yeah it’s true,” he told Sunrise, with a huge smile spread across his face. “You know what? I’m going to start filming it probably in the next year. I know, it’s happening, it is definitely happening.”

“You’re the first people that I’ve really said it [to],” he added. “This is going to happen.”

Producer Jerry Bruckheimer is reportedly involved in the project, but all other details remain top secret.

When asked about returning to the big screen for Top Gun 2 he replied, “Hell yes. What a hoot it will be…”

Are you excited for the sequel? Sound off in the comments!