Vaccines intended for N.S., N.B. to be diverted to Northern Canada 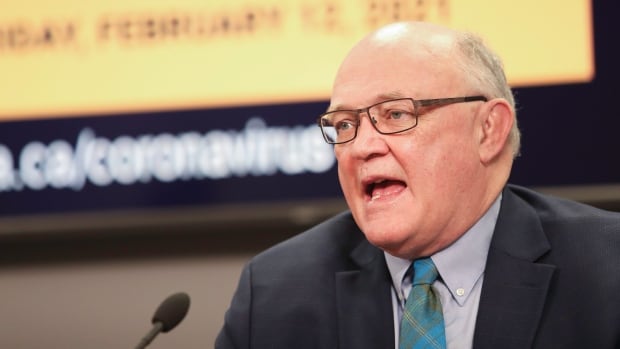 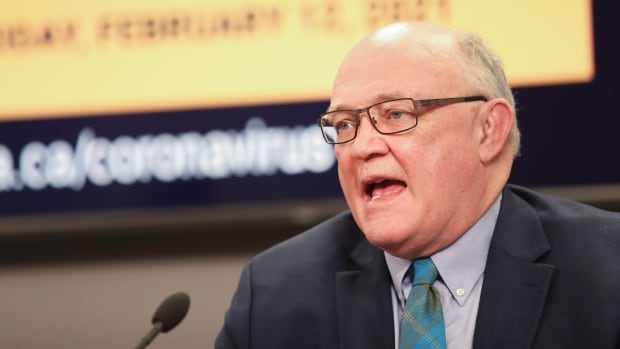 The federal government is diverting portions of vaccine shipments from at least two provinces to help supply Canada’s north.

Provincial health officials in Nova Scotia and New Brunswick said Friday that some doses planned for their provinces would instead go to Canada’s northern territories.

“While we know this is concerning to hear, we also understand the federal government’s rationale,” Dr. Robert Strang, Nova Scotia’s chief medical officer of health, said at a news conference Friday.

“It is to address the complexities and unique challenges in our northern neighbours. To do that, they need the support and co-operation of all provinces.”

Nova Scotia’s shipment of Moderna vaccine next week will be reduced to 3,000 doses from the planned 5,900 doses, Strang said. He said he also expects the province’s March shipment to be reduced.

Nova Scotia Premier Stephen McNeil said the provinces agreed in December that Moderna vaccines would be used to help deal with supply issues in Northern Canada since the storage requirements of the Pfizer-BioNTech vaccine would make it difficult to transport and store in the North. The Pfizer vaccines must be stored between –60 C and –80 C.

Later Friday evening, New Brunswick Public Health said that province will also have some of its supply diverted to Northern Canada, but it could not yet say how many doses will be diverted or when.

It was not clear where exactly the diverted doses would be used.

Diversion may be a first in Canada

This could be the first time the federal government has diverted vaccine supply destined for one province or territory to another. CBC News has contacted Health Canada for confirmation and will update the story once we receive a response.

“We have not considered shifting doses from one province or one jurisdiction to another at this time,” said Maj.-Gen. Dany Fortin during a news conference on Jan. 28.

“I think it would be counterproductive to do that in the midst of our immunization plan.

“What we could anticipate being prepared to do is adjust based on per-capita distribution at the locations that require the most future shipments long enough out for provinces to plan accordingly.”

Strang also said the province is exploring the possibility of using some Pfizer-BioNTech vaccine in long-term care homes, although that vaccine’s ultra-cold storage requirements may make that tricky.

Prime Minister Justin Trudeau announced Friday that Canada will receive more doses of the Pfizer-BioNTech vaccine between April and June than originally believed, and the federal government has agreed to purchase four million extra doses of the Moderna vaccine.

Strang said he expects the amount of Pfizer product shipped to Nova Scotia will “substantively increase” in the coming weeks.

“But we have to be a little bit careful because until we get actual confirmed numbers, we don’t want to count our chickens before the eggs hatch,” he said.

“It’s good news, but we don’t have absolute guarantee of those amounts. So we’ll plan for it and be ready to get whatever vaccine we get.”

Strang said staff are re-examining Nova Scotia’s two recent cases of the COVID-19 variant originally identified in the U.K. The initial investigation into those cases did not determine the source of the infections, so all the close contacts of those two people are now being re-interviewed and retested.

There is no evidence of community spread of COVID-19 variants in Nova Scotia, Strang said.

“We’re using this retesting to be extra careful to make sure we haven’t missed anything. But I have to reiterate that if you look around the world, and even in Canada, when the variant shows up, it’s very obvious in terms of large numbers of people spreading very rapidly. We’re not seeing that.”

Strang said Newfoundland’s explosion of cases in the last few days — which has been attributed to social gatherings and sports tournaments, including a volleyball tournament that involved teams from across St. John’s — underscores why Nova Scotians must “stay the course” and be vigilant.

Nova Scotia now has nine active cases, with no new cases reported on Friday. One person is in hospital in the intensive care unit (ICU).

There were 1,999 tests conducted on Thursday, and 1,006 tests administered between Feb. 5 and 11 at pop-up rapid testing sites in Amherst, Cole Harbour, Halifax and Tantallon.

On Thursday, the province’s health authority reported a new potential exposure notice and corrected an earlier one. The new exposure was at the Sobeys at 210 Wyse Rd. in Dartmouth on Feb. 1 from 4 to 8 p.m AT. Anyone exposed then could get symptoms up to Feb. 15, it said.

Public Health also said it had given the wrong date when it asked people to get retested over a Halifax exposure location. The correct exposure date for HomeSense Bayers Lake at 9 Washmill Ct., is Jan. 23 between 5:30 and 7:30 p.m.

Anyone who was in the store then should self-isolate and book a COVID-19 test on the self-assessment website or by contacting 811, regardless of whether they have COVID-19 symptoms.