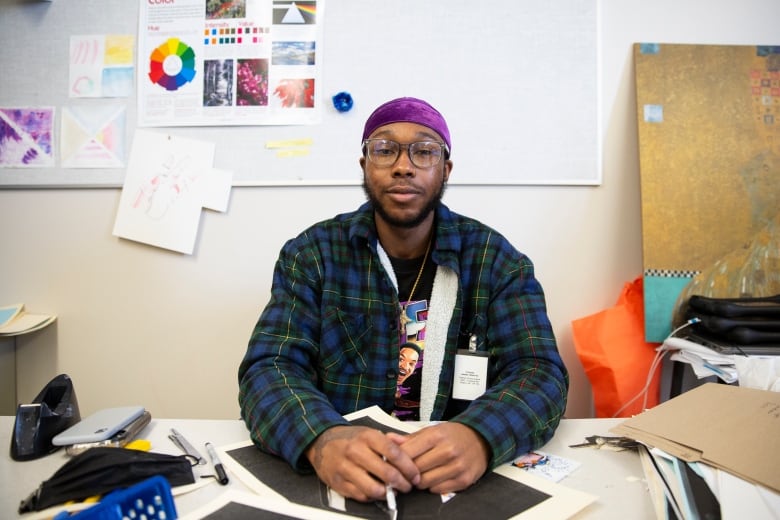 The youngsters were so engaged that some stayed over lunch and even after school just to complete their creations.

Though Russell’s been creating art himself since his own elementary school years, becoming an art teacher was never on the 19-year-old’s radar. As the youngest child of immigrant parents, Russell said careers he’d considered growing up typically revolved around “doctor, lawyer, dentist, engineer.”

Now, teaching kids art — while he’s been taking a break from studying law, crime and justice at the University of Alberta — has completely changed his mind about his earlier intention to become a lawyer.

“It’s one thing to make art and share it that way. It’s another thing to have kids actually produce art and they learn from you,” Russell said. “It kind of just clicked.”

Earlier in the COVID-19 pandemic, the prospect of being online to start university or college led some students to contemplate a gap year.

Now, some post-secondary students who’ve had only virtual learning amid the pandemic are hitting pause on school and finding that time away to be productive and rewarding.

The pandemic dashed Russell’s dream of university being his first major experience away from his Calgary home and family, but he embraced the online university format in fall 2020.

While his grades were fine and he was enjoying the subjects being covered, he knew by the end of first term he didn’t want to continuing paying “this obscene tuition” while still logging onto class from home — or, worse, from a dorm room if he actually made the move to U of A’s Augustana campus in Camrose, Alta.

After he decided to defer his second year, Russell had thrown himself fully back into making art when an opportunity arose for an exhibition at Art Commons, a Calgary performing arts centre and gallery where he’d previously displayed work. That, in turn, led to the chance to speak via Zoom with an elementary class that had seen his exhibit.

“The show led to my first [teaching] session with the Arts Commons and my second session,” Russell said. Then teachers at other schools in Calgary also began reaching out.

While his mom initially “couldn’t fathom the idea of me not being in school,” Russell said she’s come around after realizing he is working toward a goal.

“I walked in today and she called me Mr. Russell because I was [teaching an art workshop].… She came a long way.”

A break with intention and purpose

In Canada and especially within different cultural communities, taking a gap year ahead of or amid post-secondary studies isn’t as commonly accepted as it is in countries such as the U.K. or Australia. Stigma about it persists here, according to Michelle Dittmer, president and co-founder of the Canadian Gap Year Association.

“We have this drive, this dream to go faster. Go harder. Go stronger. Do not stop … because you’re going to fall off and you are going to be behind,” she said.

“There’s a difference between taking time off and sitting on the couch for a year and taking a gap year. A gap year is intentional time, planned time and purposeful time.”

The pandemic, however, may be encouraging more openness about gap years. Young people have told Dittmer they see college and university as a holistic experience. When classes and campus life moved online, “they’re missing out on a lot of those other formative components of post-secondary studies, whether that’s residence or frosh week or extracurriculars or labs or other components that build out the experience,” she said.

She pointed to a 2017 report on the issue that was commissioned by the Privy Council of Canada. It reviewed various studies and international reports from a Canadian context, looked at factors influencing Canadian students’ deferring post-secondary studies and identified barriers. It noted some young Canadians “would benefit from the extracurricular learning experiences afforded by a gap year.”

Coming out of a gap year, Dittmer said, people self-report feeling more independent, confident and ready to take the next step, whatever that may be.

It all starts, however, with being intentional, reflecting on and setting goals, she noted. “You have to understand why you’re taking a gap year and how you want to be different at the end before you can tackle the what are you going to do.”

WATCH | Contemplating a gap year? Here are some words of advice: 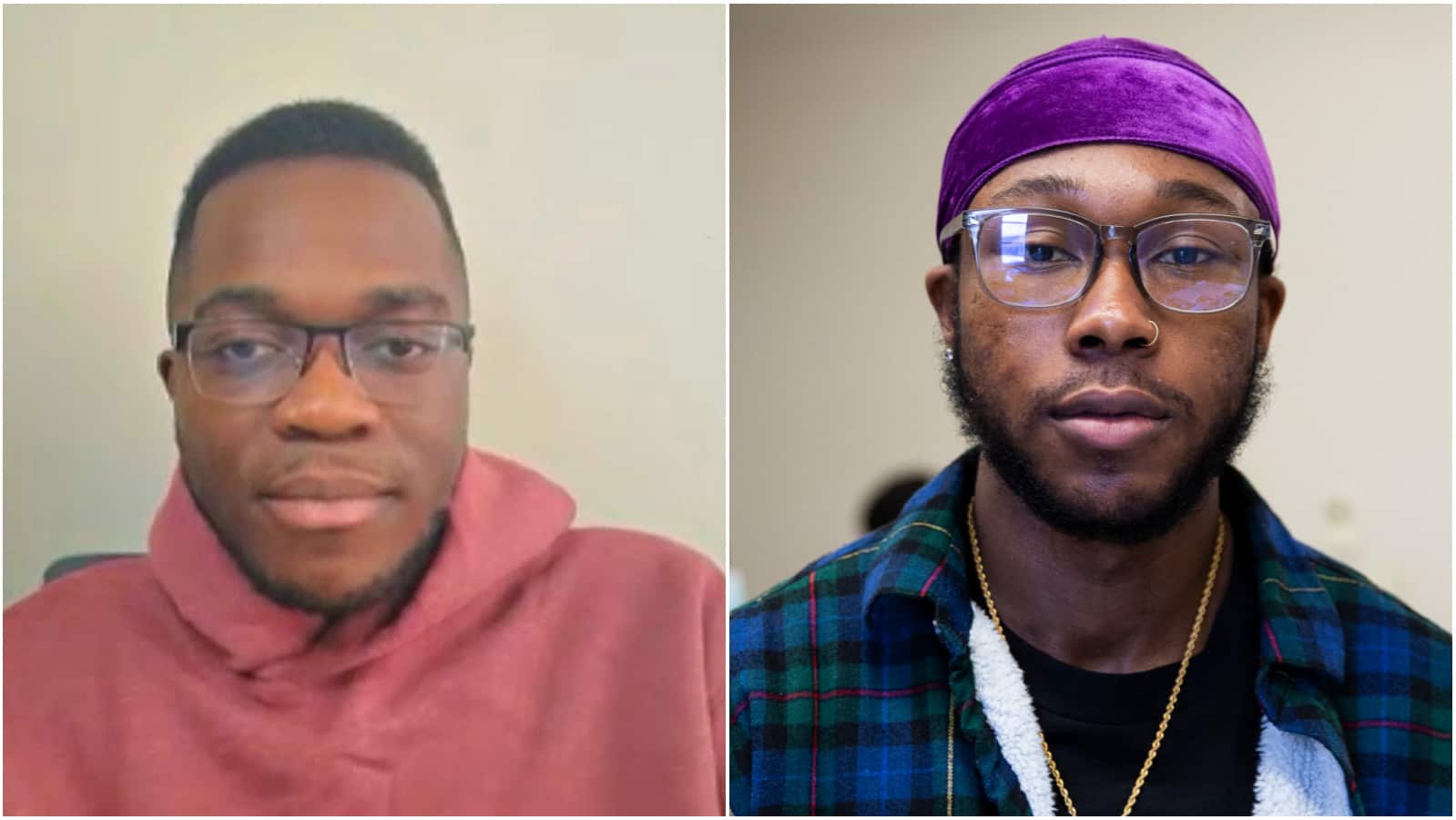 Thinking of hitting pause on school? Here’s some advice

Stephen Mensah and Anthony Russell, both on temporary break from university studies, offer words of advice for others considering a gap year. 1:07

Stephen Mensah carefully thought out and planned for his gap period, which the Ryerson University student officially kicked off at the beginning of 2022.

Last month, he hit pause on his double major studying criminology and politics and governance after completing his entire sophomore year online. His marks fell during the pandemic, and the 21-year-old felt virtual learning was “overwhelming.” He greatly missed the in-person connections and support he received from professors and classmates before the pandemic.

Though he tested out a shift to part-time studies for the recent fall term, it didn’t really help. He was contemplating a full pause even then, with the intention to “come back strong” next September in hopes of having more consistent in-person learning.

“I have my goals and plans and taking this semester off is not something that was too crazy,” said Mensah, who’s aiming for law school after securing his undergrad degree. “I’m a person who really cares about my marks and wants to excel, especially looking to where I’m trying to go.”

As a member of the Toronto Youth Cabinet — the youth advisory body to Toronto City Council — for the past three years and its current executive director, Mensah knew that taking a break from school would mean he could devote much more time to the group.

His advanced planning also included applying for job opportunities at City Hall — and landing one as an aide assigned to the legislative affairs team in Toronto Mayor John Tory’s office.

Mensah says his goals for his gap period were to set himself up for success, stay productive and take time for his own mental health. He’s excited that he’s had a great start, with eight months still to go before hitting the books again.

Back in Calgary, Russell calls himself “a struggling, starving artist” who will return to post-secondary studies to become an art teacher. For now, he’s happy he opted for a break.

“I feel the most fulfilled right now than I have ever felt to my life,” he said. “I am a strong believer of everything happens for a reason and nothing happens before its time.… Where I am right now is exactly right to be.”