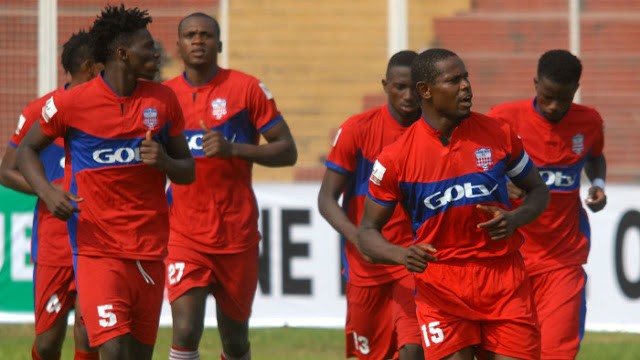 Ikorodu United players  have blamed their poor run in the Nigeria National League on   the Lagos  club’s inability to pay  them their  six months’ salaries, the News Agency of Nigeria reports.

The Oga Boys  are  16th  in the  18-team  Southern Conference  of the NNL after claiming  three wins, three draws and 10 losses.

NAN reports that Ikorodu United were  relegated to the lower league after their unsuccessful campaign in the Premier League last year.

A  source said  the management was to blame for the poor  position  of the team in  the league.

The source said, “They  are not paying and they expect us to play on  empty stomachs. We   have families who depend on us.

“It is a tough time for the club as some of the sponsors have withdrawn their sponsorships. It is highly discouraging. The club needs to do something fast.”

“I am not happy at all, I am indebted to many people who I have promised to pay after our salaries are paid,’ a player, who spoke on condition of anonymity, said.

“Till now, we have not been paid for six months, I am just managing myself.”

However, the Media Officer of the side Tunde Babalola  said  the management was working towards resolving the issue.

“We will get better as the days go by, the club’s management is working towards the success of the club, hence, there will be improvement soon,’’ he said.