UN DR Congo wins seat on rights council despite US opposition The Democratic Republic of Congo was elected to the UN Human Rights Council on Monday despite opposition from the United States and a leading rights group. 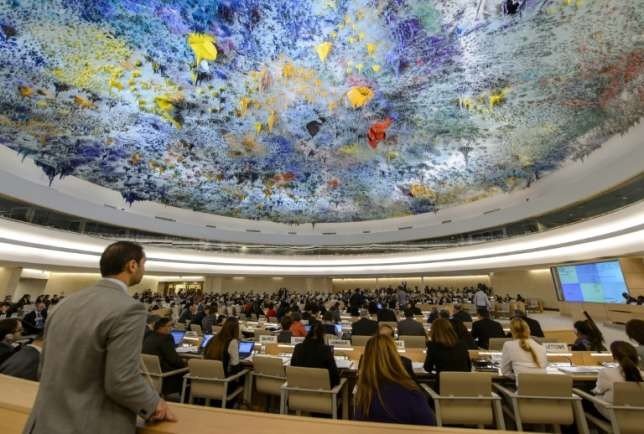 The Democratic Republic of Congo was elected to the UN Human Rights Council on Monday despite opposition from the United States and a leading rights group.

DR Congo was among the 15 countries who won seats during a vote at the UN General Assembly. They will serve on the 47-member council from January 2018 through the end of 2020.

Kinshasa now finds itself in the rare position of sitting on the Geneva-based council while the body investigates allegations of killings, torture, rape and the use of child soldiers in the Kasai region of the DR Congo.

The United Nations is also taking part in a separate investigation into the murder of two UN experts who were killed in March while probing mass graves in the region.

US Ambassador Nikki Haley slammed the election of the DR Congo, saying it called into question the credibility of the Geneva-based council, which the United States has threatened to quit.

“The DR Congo, a country infamous for political suppression, violence against women and children, arbitrary arrest and detention, and unlawful killings and disappearances, has been elected to serve on what is supposed to be the world’s preeminent human rights body,” Haley said in a statement.

“Countries that aggressively violate human rights at home should not be in a position to guard the human rights of others,” she said.

Human Rights Watch called the election of the DR Congo “a slap in the face to the many victims of the Congolese government’s grave abuses across the country.

“The fact that government security forces are believed responsible for most of the violence in the Kasai region over the past year — where some 5,000 people have reportedly been killed and nearly 90 mass graves have been identified — shows that Congo doesn’t deserve a seat on the UN’s premiere human rights body,” said HRW’s UN director Louis Charbonneau.

US warns council must reform

Haley said the election showed that the council “must be reformed in order to be saved” and warned that it “cannot endure many more blows to its credibility before it is rendered absolutely meaningless.”

The US administration has threatened to quit the rights council, citing its anti-Israeli bias after it voted to compile a list of companies that have dealings with Israeli settlements.

In July, Haley had criticized African countries for backing Kinshasa’s candidacy on the rights council, calling it “an inexcusable failure” to promote human rights.

African countries put forward four countries to fill the four seats reserved for the region at the council — Angola, Nigeria, Senegal along with the DRCongo — a move that all but guaranteed their election.

The DR Congo won 151 votes in the 193-member assembly, garnering an easy majority despite the campaign against its election.

The United States has criticized the “clean slate” practice for choosing members and has pushed for competitive elections to challenge countries with questionable human rights records.