Ultimatum to Igbo is anarchy in waiting, Fayose warns FG 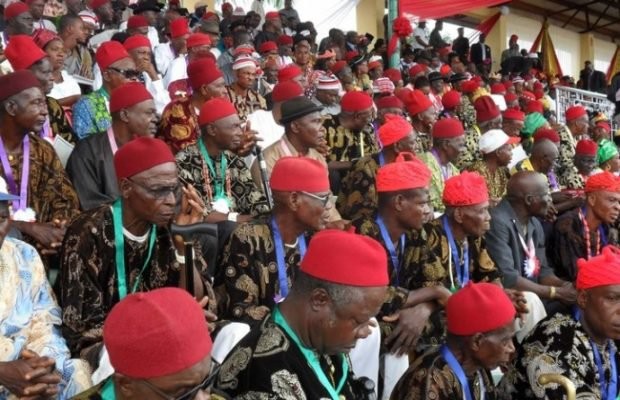 The Ekiti State Governor, Ayodele Fayose, has warned the Federal Government that the ultimatum given to Igbos living in the North could lead to anarchy, if not checked.

According to him, the trend of statements credited to some elements in the North has shown clearly that Nigeria is no longer one.

He said this while reacting to a quit notice served on the Igbo in the north by the Coalition of Northern Groups, and which was recently backed by some northern elders, including a former Vice Chancellor of Ahmadu Bello University, Zaria, Prof. Ango Abdullahi.

Fayose said the unity of the nation was threatened like never before in the history of the country.

He blamed this on the non-challant attitude of the President Muhammadu Buhari-led All Progressives Congress’ Federal Government.

Fayose lamented that the gap among ethnic groups in Nigeria had widened beyond measure because of the body language of President Muhammadu Buhari-led administration.

“We are more divided than ever. The elements are emboldened because they believe their person is in office and nothing would happen.

“This is not surprising to some of us as the herdsmen set the tone and became notorious under the watch of Buhari.

“If this continued, it would further heat up the already tensed situation and promote further distrust among ethnic groups in the country.”

Fayose urged the federal government to accept responsibility for the trend and called for a decisive action to stop it.

“Buhari’s government has not taken responsibility; no responsible government would encourage this. It is an empty threat that if not checked would snowball. This is why people are calling for restructure.

“The government should take responsibility and take decisive actions on those promoting war situation in our country.”

The governor also called on security agencies to invite Abdullahi for questioning.

“It is disheartening that a personality like (Ango) Abdullahi would support that; that’s danger lurking in the country.

“He should be invited for questioning by security agencies. Leaders should rise up and condemn this instead of giving tacit support to the ultimatum.

“So many lives have been lost due to the lackadaisical attitude of the Federal Government. All these I saw when I warned that Buhari would leave our country worse than he met it in 2015.”