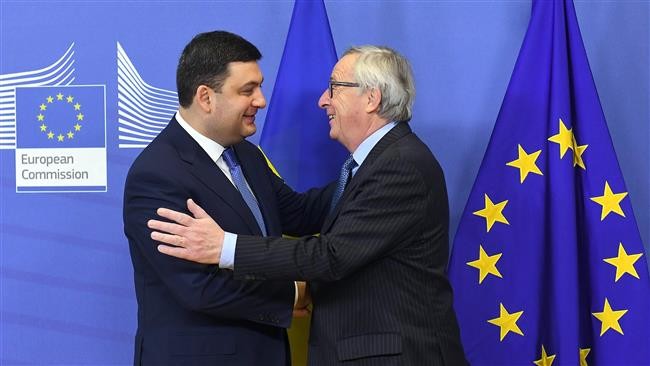 Ukrainians were on Sunday celebrating the first day of visa-free access to the European Union, with hundreds crossing the border as President Petro Poroshenko proclaimed a dramatic “breakaway” from Moscow.

The move is symbolic for Kiev, where a pro-EU revolt in 2014 toppled the previous Russia-backed government and was followed by Moscow’s annexation of the Crimea peninsula sparking a protracted ongoing conflict with pro-Russian separatists in eastern Ukraine.

“The visa-free regime for Ukraine has started! Glory to Europe! Glory to Ukraine!” Poroshenko tweeted early Sunday after hundreds of Ukrainians crossed the EU border.

Only those with biometric passports — containing a microchip with personal data, including fingerprints — can take advantage of the visa-free travel for the time being.

Late Saturday, Poroshenko addressed a crowd in Kiev’s European Square saying the new travel regime “symbolises a final breakaway of our state from the Russian empire” and calling the future a “different historical era.”

Foreign Minister Pavlo Klimkin also cheered on Twitter after passengers on flights from Ukraine were able to enter Warsaw, Budapest, Frankfurt and other airports.

“#Bezviz (no visa) is just the beginning!” he wrote.