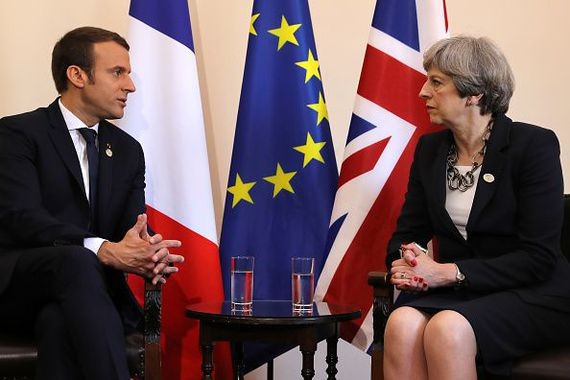 The UK wants tech leaders to play their part in putting a stop to terror.

Following Monday’s Manchester attack, British Prime Minister Theresa May will urge tech giants including Facebook and Google to ramp up efforts in combatting terrorism and removing extremist content from the world wide web at the Group of Seven (G7) summit, reports Reuters. The meeting will be attended by Canada, France, Germany, Italy, Japan, UK and the US, as well as representatives from the EU.

This isn’t the first time the online community has been put in the spotlight for its alleged contribution to terrorism. The families of victims in the San Bernardino shooting took Facebook, Google and Twitter to court earlier this month, claiming they permitted terrorist activity to flourish on their social media platforms.

May will push for companies to develop tools that can recognise and remove terror-related content. She will also ask companies to help authorities crack down on extremists according to the report, which cites an unnamed senior British official.

In an email to CNET, Facebook’s Head of Global Policy Management, Monika Bickert, said the company prohibits “groups or people that engage in terrorist activity, or posts that express support for terrorism.” She added that Facebook works “aggressively” to remove terror-related content from its platform “as soon as [they] become aware of it,” and notifies law enforcement if the content is perceived as “an emergency involving imminent harm to [public] safety.”

A Google spokesperson told CNET that it “[shares] the government’s commitment to ensuring terrorists do not have a voice online” and has invested efforts to fight abuse on its platforms. The company also has plans for an international forum to discuss the issue.

Does the Mac still matter? Apple execs tell why the MacBook Pro was over four years in the making, and why we should care.

Virtual reality 101: CNET tells you everything you need to know about VR.

6G: A tale from two conferences