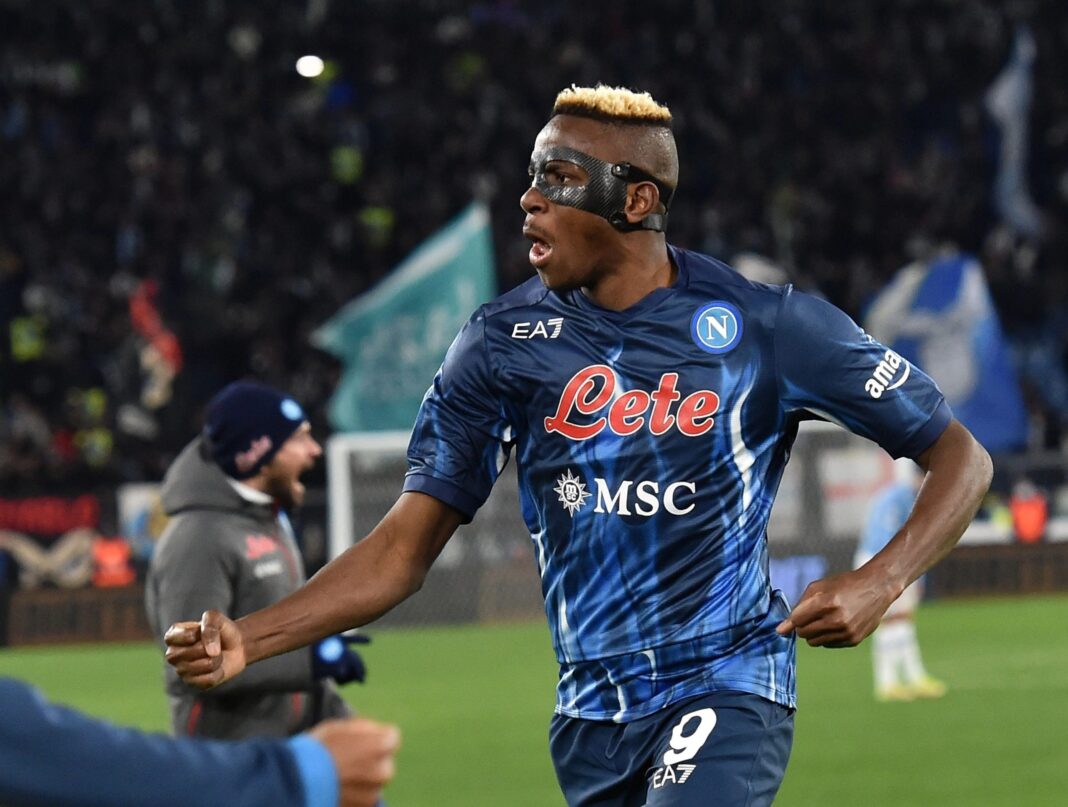 Victor Osimhen is in line to make a return to action for Napoli in Wednesday’s UEFA Champions League home clash against Eredivisie champions, Ajax.

Osimhen has been sidelined since picking up an injury in the Partenopei’s 4-1 win against Liverpool on September 9.

The Nigeria international has missed Napoli’s last six games as a result of the setback.

The 23-year-old was involved in full training with his teammates on Monday and is set to be named in the squad for the Ajax game.

“Osimhen did the whole session as a group. Rrahmani has had therapies and tomorrow he will carry out diagnostic tests,” reads a statement on the club’s official website.

The striker has scored two goals in five appearances across all competitions for Luciano Spalletti’s Napoli this season.

Napoli are unbeaten in the UEFA Champions League this season.