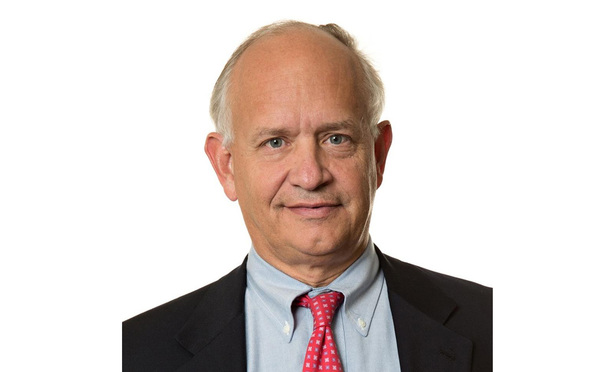 UBS Group AG has brought David Chin out of retirement to run its investment bank in Asia, as it seeks to stem a wave of defections of China-focused bankers.

Chin will become UBS’s head of corporate client solutions for the Asia-Pacific region, replacing Sam Kendall, who will relocate to New York as head of global equity capital markets, according to an internal memo. Chin, who retired from UBS in 2015, will rejoin the bank in early September, it said.

Chin’s return follows a flurry of departures of its China-focused investment bankers. Kendall had reorganized operations to give the bankers more of a pan-Asia and sector-focused role, in an effort to reduce reliance on the Chinese market. The changes under Kendall contributed to the division’s 89 percent jump in first-half pretax profit and show the bank is “returning to form with an economically profitable and well-diversified business offering,” the memo said.

Rob Stewart, a UBS spokesman in Hong Kong, confirmed the contents of the memo.

Since mid-April, four managing directors in UBS’s China investment-banking division have left the bank, including the head and deputy head for the country. After Kendall embarked on the reorganization in the second half of last year, the China bankers grew concerned they were losing resources to other parts of Asia, according to at least four current and former executives who spoke on condition of anonymity in June.

At least two dozen bankers have either resigned or been let go since Kendall took over as head of Asia-Pacific corporate client solutions from Matt Hanning in June 2016, though the bank has hired about 15 to replace them.

In his new role, Chin will focus on “actively reducing bureaucracy” as well as “ensuring clear and full accountability,” the memo said. It said that under Kendall’s leadership, the corporate client solutions team had “broadened our offering and enhanced our performance outside our main China hub.”

UBS was ranked second in providing advice on mergers and acquisitions in the Asia-Pacific region so far this year, up from third in the same period last year, data compiled by Bloomberg shows. The bank also rose to fourth from sixth position in arranging regional equity, equity-linked and rights offerings over the same period.

Kendall’s relocation will help the bank expand its equity capital markets business in the U.S., a “critical market for us, but one where we have been historically underweight in ECM,” the memo said.

Chin, 49, was UBS’s head of corporate client solutions for Asia between 2009 and his retirement in 2015.

Goldman Sachs Group Inc. also turned to a former banker, when it was seeking to expand its China operations in 2012. In that year it brought back Mark Schwartz after an 11-year hiatus to become its Asia-Pacific chairman, basing the role in Beijing for the first time. Schwartz left Goldman Sachs at the end of last year.