Uber is way more complicated than Lyft, and investors shouldn’t value them the same way 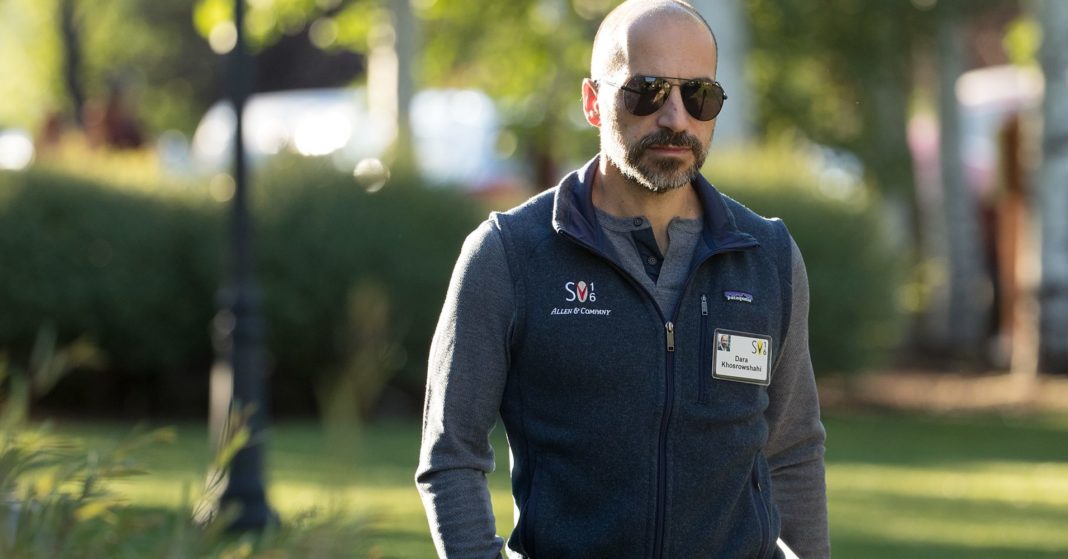 While Uber and Lyft, the top two ride-hailing services in the US, may comprise a duopoly the companies shouldn’t be valued the same way.

Uber is known as a ride-hailing business and so is Lyft. Both companies offer ride-sharing, carpooling, bike and scooter rentals for short trips on-demand. But the comparisons should probably stop there.

In its S-1 filing, Uber reveals that it is already generating significant revenue from business units that it grouped into three broad categories: Personal Mobility, Uber Eats and Uber Freight. It’s also operating in 63 countries and more than 700 cities while Lyft remains focused on transportation only, in just the US and Canada.

Even within the “personal mobility” category, Uber’s business is significantly more complex than Lyft’s.

In its S-1 filing, Uber says it aims to provide everyone on its platform with a “safe, reliable, affordable, and convenient trip within a few minutes of tapping a button,” and to provide independent drivers with a “reliable and flexible way to earn money.”

In the US alone, customers can book a ride via 12 different in-app options including UberX, Uber Select, and other services like Assist for passengers who need help getting into the vehicle and at their destination. Uber Pool gives passengers heading in the same direction a way to carpool and pay less per ride. The Uber app even allows passengers to hail a traditional taxi if they choose in US cities, and in some locations Uber lets users book a rental car via an integration with a rental app called Getaround.

Last year, Uber also made big moves into what it’s calling “new mobility.” It acquired JUMP, the electric bike-sharing company, and invested in Lime, another bike and scooter sharing start-up, for example.

Nearly three-quarters of Uber rides were generated outside the states in the last quarter of 2018, though.

To build its international footprint, Uber has struck deals and bought a stake in: Beijing-based Didi Chuxing, China’s ride-hailing leader; Singapore-based Grab, which dominates the Southeast Asian market; and a joint venture with Yandex, simply called Yandex.Taxi, in Russia. It is also in the midst of a $3 billion deal to acquire Dubai-based Careem to expand in the middle east.

In overseas markets, Uber offers additional transportation formats, like Uber Auto and Uber Moto its rickshaw and motorbike hailing options in India, or Uber Bus which lets a passenger reserve a seat on one of Uber’s air conditioned mini-buses circulating in Cairo.

Uber generated $9.2 billion in revenue from its ride-hailing products last year. Meanwhile, it’s working on food delivery and logistics, and diversifying its revenue.

Uber Eats, which Uber launched about four years ago, generated $1.5 billion in revenue in 2018.

According to its IPO prospectus, 15 million people got a meal using Uber Eats in the fourth-quarter of 2018. More than 220,000 restaurants allow their customers to order their food for delivery via Uber Eats in over 500 cities globally. Uber also works with so-called virtual restaurants that produce meals or meal kits in commercial kitchens but do not have a front-of-room where they serve patrons.

Uber Eats helps the company tap into non-transportation revenue, and keep drivers on the Uber platform. During hours when there isn’t as much demand for rides from passengers, drivers can opt to make food deliveries. Further, Uber can put drivers to work on food deliveries even if they don’t have a vehicle that would meet the requirements for taking passengers around.

That’s important for Uber, in part because it had just 3.9 million drivers on its platform in the last quarter of 2018, serving 91 million “monthly active platform consumers” using Uber’s services during that same period.

An even newer proposition for Uber is its logistics play, Uber Freight. The company launched its Uber Freight app in 2017 to link shippers of goods to carriers who can haul them. Named competitors to Uber Freight range from start-ups like Convoy to massive logistics businesses like DHL and CH Robinson.

In the fourth-quarter of 2018, Uber Freight generated more than $125 million in revenue and scored Uber some impressive business customers, with constant shipping needs including: Anheuser-Busch InBev, Niagara, Land O’Lakes, and Colgate-Palmolive.

In the future, Uber plans to give its users an air taxi option via Uber Elevate, which could entail autonomous passenger drones moving people above traffic from landing pad to landing pad.

And Uber has been investing in and developing its own self-driving software via its Uber Advanced Technologies Group (Uber ATG), more famously.

Its early experiments in driverless tech mired Uber in a legal battle and costly settlement with Waymo, and worse, led to a fatal accident involving an Uber self-driving vehicle that struck and killed a woman in Tempe, Arizona last year during a test on public roads with a safety driver in the car.

Despite all the human and business risks and costs, Uber maintains ambitions in high-risk areas like self-driving cars.

Spending more time and money on autonomous vehicles is worth it for Uber, the company says.

With its massive network of riders, restaurants and shippers of freight– as soon as driverless vehicles become safe enough to run on public roads the world-over, Uber should have an edge in commercializing and profiting from them.

Advanced tech projects also help Uber to recruit and retain engineering talent in the hyper-competitive market of San Francisco where it is headquartered. Uber employed 22,263 people full-time as of the end of 2018, with 11,488 employees outside the United States.

Investors are banking on a tech-driven shot in the arm for Uber, too. The company cautions in its S-1 filing that it may never become profitable. It generated $11.4 billion in revenue last year, but still wound up $1.8 billion in the red.

But the international and “horizontal” story played well with venture capitalists and equity investors. Ahead of their IPO Lyft had raised $4.9 billion, and Uber has raised more than $24 billion. At the time of its IPO Lyft was valued over $20 billion. Uber is reaching for a lofty valuation around $120 billion.

It remains to be seen whether Wall Street investors will have as much faith in Uber’s potential, and focus on growth for now over profitability who knows when.

Those who believe in Uber’s long-term growth will most likely compare it to Amazon, a company that appeared to be an online bookseller but steadily grew into the store that sells everything and cloud computing giant, focusing on growth over profits for many years to do so.